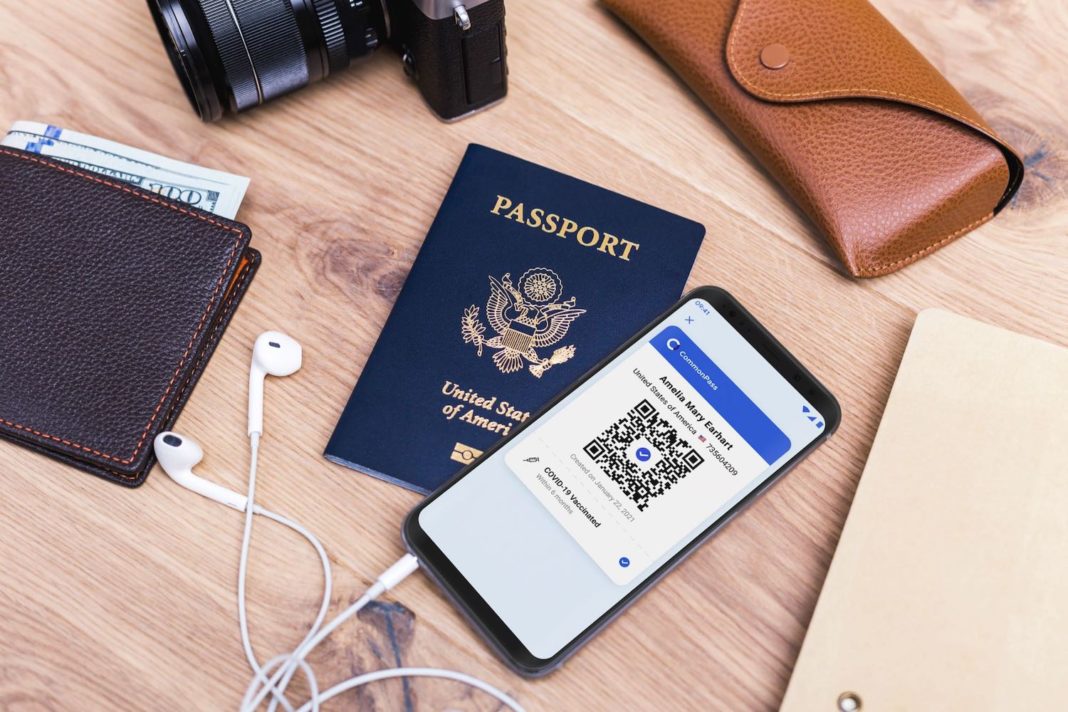 Digital COVID-19 vaccine passport: Vaccination "passports" are divisive!! Because in the end the countries will accept them!!

Vaccination "passports" are divisive, but will eventually be adopted. The Economist explains why while countries now, they do not want the vaccination passports and why in the end they will ask for them……

About 50 countries have done a total of more than 68 millions of doses of Covid-19 vaccine to date, number small in relation to their world population 7,8 billions of people, but enough to have already sparked an international controversy over whether vaccinated people should be allowed to move more freely, using special "passports" or vaccination certificates. stresses, not, that these "passports" may be divisive and cause for concern, but in the end their adoption is very likely.

Some tourism-dependent countries have announced, already, that they are open to travelers who have been shown to be vaccinated against coronavirus. The opinions differ, as underlined by the internationally renowned British magazine, whether such a thing should be adopted more widely. Some see it as a quick way back to normal life and others worry it will prove to be an unfair and divisive measure..

Although the idea for Vaccination passports look radical, there are historical precedents and analogies. The 1922, for example, Many American schools have required children to be vaccinated against smallpox as a prerequisite for attending school.

also, The "yellow card" is an international certificate, introduced almost before 100 years to report a person being vaccinated against cholera, of yellow fever, of typhus and smallpox. Until today, several countries require e.g.. yellow fever vaccination certificate as a condition of entry into the country.

The Economist reports that “the Prime Minister of Greece, Kyriakos Mitsotakis, wants a European travel certificate. His interest was probably motivated by his country's dependence on tourism. ". He adds that while the British Minister of Health does not view such an idea with a positive eye, the new US president, Joe Biden, requested an evaluation of vaccination passports, and various private sector efforts are underway around the world to create such digital passports.

A reason for reservation, according to the article as broadcast by APE-MPE, is that It remains unclear how much protection vaccines provide against coronavirus transmission. The vaccines, certainly, save lives and prevent serious illness, but some vaccinated people can catch the coronavirus and continue to transmit it. It is possible, in any case, that vaccines significantly reduce both transmissibility and, as the indications for’ this, the pressure to return the vaccinated to their normal lives will intensify, including traveling.

But even if vaccines only help a little against transmission, some consider vaccination passports unavoidable, while for some, such as Arthur Kaplan, Professor of Bioethics at New York University School of Medicine, are also desirable, as e.g.. health care workers and nursing home staff and other vaccinated carers should be able to prove this. In several countries, already, Vaccination of hospital staff against influenza or hepatitis B is mandatory, in order to protect vulnerable and unvaccinated patients, such as cancer patients, immunosuppressed and newborns.

Furthermore, various companies (cruise ships, Airlines, restaurants etc.) will have a serious problem without such vaccination certificates. While in general many employers seem to be interested to know which of their employees have been vaccinated and which have not.

The governments seem unlikely to ban in the future completely entering the unvaccinated, but may impose additional restrictions on them (that the vaccinated will not have), such as presenting a negative Covid-19 test before entering the country or being quarantined in a special hotel. But the companies, such as airline, have more freedom than states to impose restrictions on their customers or employees, as long as it is not discrimination. The vaccination program of governments can, also, to be facilitated by the awareness of people that the vaccine will provide them with greater freedom of movement and a more secure job.

The duration of a passport / certificate is a question mark, as it is not yet known how long vaccine immunity can last, while there is uncertainty about the duration of natural immunity after Covid-19 infection (according to recent estimates it takes at least six months). Another possible problem is a new type of intergenerational fault, as almost all countries vaccinate the elderly as a matter of priority, therefore they will initially have most of the vaccination passports, while young people will be late to be vaccinated. There are those who will claim that they were forced to get the vaccine, while they did not want to, just because they did not want to be left without a vaccination passport.

In each case, the Economist concludes, despite any objections, the majority in most countries will probably accept vaccination passports / certificates, for a simple reason: Strict lockdowns are difficult to bear and cost financially, so even a small outlet provides a ray of hope.