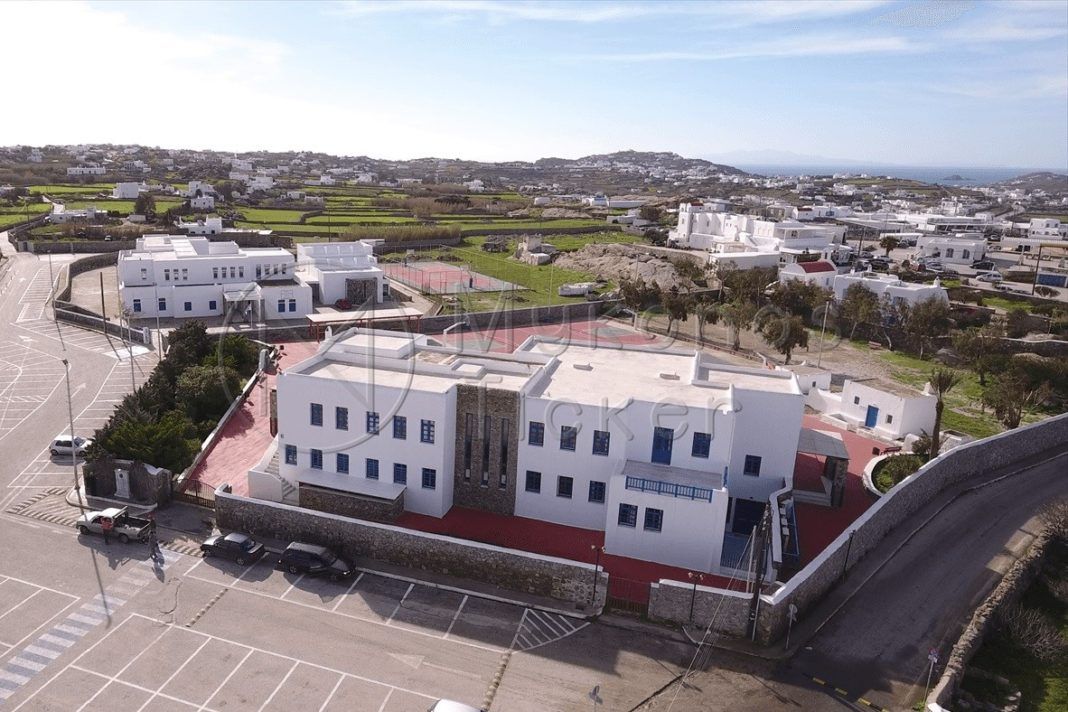 Structural Changes in the Primary and Secondary Schools, teaching with theoretical and experiential part!! Introduction to Universities, beam innovative changes in all three steps!!

A bill with a new package brings changes in all three educational levels the leadership of the Ministry of Education, particularly for changes in admission to universities, The performance will be counted at the Lyceum…..

For changes in admission to universities, Small adjustments in the existing courses and hours in their curriculum in Primary and Secondary Schools, the next school year, He spoke in an interview with Education Minister Niki Kerameus.

The bill will include various topics. Between them:

• We will create standards and pilot schools network across the country.

Overall it is estimated that will be created on the 240 schools in primary and secondary education, and at least one in each educational direction (reasonably, in Attica and Thessaloniki will be more than one). in primary education students will be introduced by lot. At the secondary will create standards high schools, in which the introduction of the students will be an examination.

• Returns to the position of school counselor.

Created around 800 seats, a critical role in the evaluation of schools.

• The university will "return" electronic voting in elections Rectorate, and will change the way the election of the Rector's Council.

• proposed changes in the institutional framework organization in universities of English-speaking undergraduate and graduate programs.

For openness of universities proposed changes in the institutional framework of organization of English-speaking undergraduate curricula, and as part of postgraduate studies.

Designed new curricula for both levels, which will be accompanied by writing about 180 new books.

New teaching modules in schools with theoretical and experiential part

OR Minister of Education in an interview said that the adjustments necessary to introduce the new teaching modules in schools.

The minister also announced changes in all programs (or amendments, or full replacement) but also new books for all subjects from primary through high school.

Ms. potter, regarding the topics to be introduced in schools [traffic education-road safety, environment, hygiene, awareness against violence] He said the teaching will two parts. The theoretical and experiential. The new theme will be introduced from kindergartens to high schools and.

Introduction to Universities, The performance will be counted at the Lyceum

For changes in admission to university referred to the broadcast MEGA weekend Victory Education Minister Kerameus.

"It is unthinkable to enter the university with 1,8 or 1,4. the system will change over time "

A key reason to introduce students, Universities will have the minister said adding that at the moment have no role either in the introduction.

He noted that the first high school the Bank issues starts.

"It is our intention to count the performance of the student in high school for admission to the University. This is an integrity and reliable system ", he said, adding that "it is not fair to judge the future of a child a few hours test '.

For children who will enter the year 2020 -2021 will be counted for admission to the University will be counted to their performance at the Lyceum. "We will discuss with stakeholders. We spare no sudden changes ".

He announced that from September they will work 24 standards and 38 experimental.

Incidents of bullying in schools

Education Minister questioned for violence recently saw the light of day and its intention to institutionalize teacher - teacher confidence, It explained that its powers will be communicating with children, Updating teachers' association and communication with parents to address the problems mentioned will.

The responsibilities of the teacher or professor confidence can take teachers of all disciplines and not psychologists or social workers. Measures will be taken in the medium and long term.

He referred to the strengthening of the school with social workers and psychologists, while he said the long-term measures is the introduction of new themes.

Enter the compulsory curriculum, give children a more holistic approach.

Must children learn what it means “σέβομαι”.

Among the thematic, there will be respect for the other!!

namely, what it means to live together in a community. What it means to put limits on your own behavior, and respecting the behavior of others, "he explained features.

"We're trying to build a smooth coexistence of children," he added.

About the recurrent violence and bullying, the minister said that "every story there are two optical".

"After the incident in Byron, I went there, I spoke to the whole educational community, the students, the family. Followed all procedures for the investigation of each incident to determine what happened, "he said.

To the extent that there are acts of unlawful interference intervene and Citizen Protection Ministry.

"Society does not change from one day to another," concluded.

Changes starting from kindergarten. We forget how critical these years until the age of six. He referred to the two-year training that

They change all the books and curricula. We update books, for example.

We must anointed to update and adapt to the challenges of the new era.

We brought few changes to streamline some of their distortions system. not surprising, we put above all students.