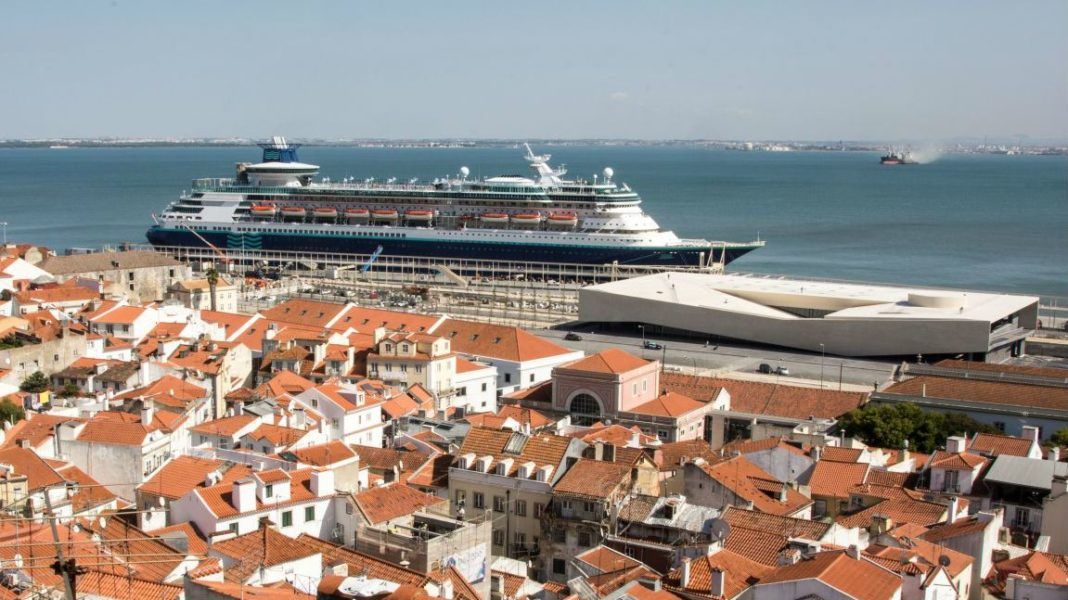 DW: Emissions from cruise ships and airplanes "kill" the Lisbon

The ypertourismos "kills" Portugal
The sixth most polluted in Europe is the port of Lisbon Airport plagued with noise their neighbors. The government says the environment in the older of the shoe…….

Sweetest never sounded funds in Portugal because of tourism. The 2018, 30 from. passengers landed in the Portuguese capital, increase reached 81% compared with previous 5 years.

In the brand new cruise ships are expected to rest this year around 600.000 tourists, over 300 tie each time in Lisbon harbor. But the giant tourist wave brings not only money bundle, and environmental problems, with which almost no deals.

The sixth most polluted port in Europe
"Unlike Frankfurt, Lisbon airport is not operating ban nighttime and the few that exist are violated, "says Francisco Ferreira from the environmental organization Zero. The sound measurements are destructive.

The planes rattled homes when landing, the airport is in a residential area, near University of Lisbon. The midsummer residents can not find peace nor time. Moreover dust and microparticles charged atmosphere.

The same unhealthy living residents at the other end of the capital, Tagus River. Two years ago created terminal for cruise ships cost more than 50 from. euro. Filth and stench.

The Port of Lisbon is the 6th largest dirtiest in Europe, as,Regarding the emissions of sulfur dioxide and microparticles. All cruise ships emit 86% more sulfur dioxide than,what the total number of cars circulating in the country.

But the competent authorities and politicians are not interested. "Although the government constantly talks about sustainability and neutral contaminants imprint, dares "says Ferreira. "For the tourism industry estimated revenues over 15 billion per year, something the country needs, which is in constant economic crisis. And closes his eyes "

Closes eyes and ears of the government
While cruise ships burn diesel undisturbed and are not connected to public power, when they are in port, The situation is worst airport, because it is located within the city. even shortly landings and take-offs will be made in minutes frequency. "Often in the night and made 30 landings and takeoffs, and allowed 26. In our organization make neighbors constantly complained about noise without results, "says Francisco Ferreira.

Typical of how the Portuguese government plans project without respecting the environment, It shows the plan for a second airport plans to build near a protected bird and nature area, on the south shore of the River Tagus.

"The environmental impact plans do not include any proposal for alternative site. The government wants in this way to block dialogue, for it is not appropriate to build a new airport in the city, at least the next 40 years' complains Ferreira.

However the additional airport already gotten the green light costs 50 from. euro less than a new major airport. And although the environmental report explicitly mentions problems noise pollution and environmental pollution, the government closes ears. The environmental organization Zero will continue racing, even though he knows he has little chance to finally have success.

Previous article Waterways in private ports and ports to be privatized as well as marinas
Next article local Communities: The new selection procedures for Communities Presidents and Responsibilities