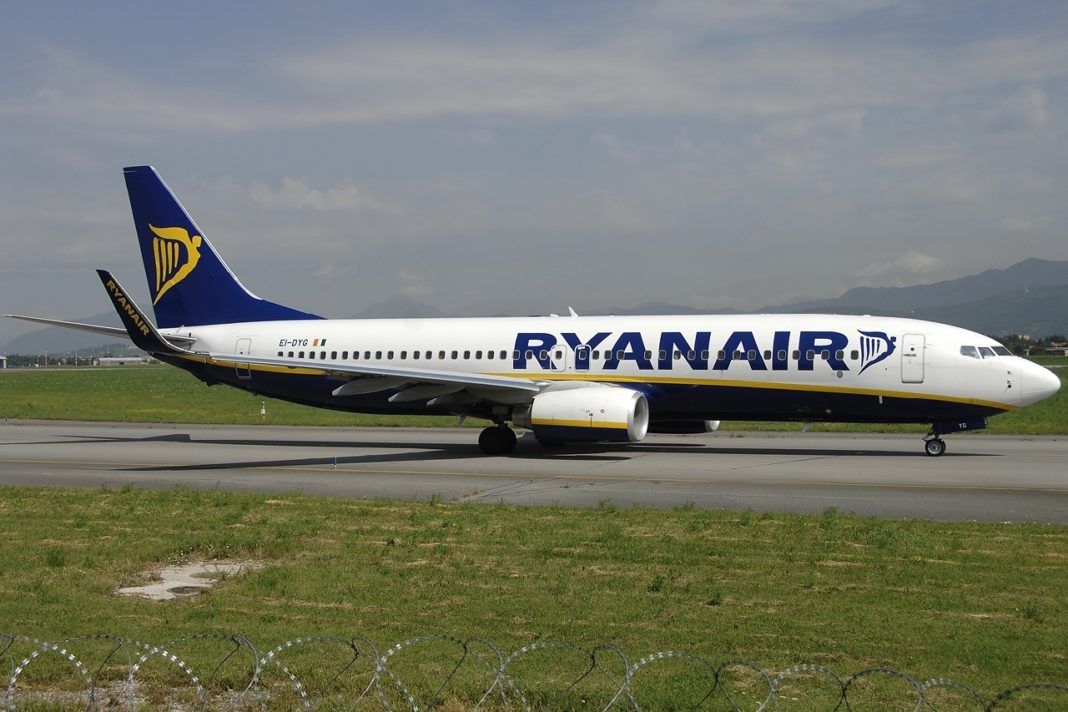 For how long will we fly cheap; Not afford to Greece an environmental tax!!

Imposing a special environmental tax on flights of less than 50 euro within the EU seek German MPs. But the most expensive tickets could prejudice the Greek tourism to Turkey……

The first nine positions of the largest producers of carbon dioxide pan occupying power plants with lignite. Seven of them are located in Germany.

In tenth place is nevertheless by Ryanair, the second largest airline in Europe. With low ticket prices, the Irish company contributes significantly to the decision of many Europeans choose the plane and no other means of transport.

End to excessively low prices of air tickets want to put the deputies of the Bavarian Christianoikoinoniston German parliament.

The leader of the RC. and former Transport Minister Andreas Ntonmprint states in Bild newspaper that "tickets 9 euro no longer have to do with a market economy, nor to environmental protection ".

He suggests ticket under 50 EUR imposing a special fee.

Not afford to Greece an environmental tax!! Tourists would choose Turkey instead of Greece!!

Note that the low-cost airlines is the product substance European policy, which from 1987 and further opened the market to private aviation.

But prices are no longer as low as older, believes Frank Fichert professor of Tourism and Transport in Worms University: "The impression created tickets 9,99 it is wrong.

There is little in this price just to attract customers.

But then the tickets you find on the site are for almost 30 euro. And most buy.

But those who fly for 9,99 the telling acquaintances and friends so they unwittingly advertising airlines. This clear case of marketing ".

Imposing a tax specialists in air fares is not easy because it requires coordination between EU Member.

But even if you agree that EU countries a common VAT or increasing the kerosene tax problems arise in competition with countries outside Europe, says German expert:

"In matters of taxation requires unanimity in the EU. Think how long it will take to persuade all countries - members for increasing the kerosene tax. It will nevertheless arise and a competition issue for countries such as Greece, which competes in tourism Turkey.

A tax would indeed increase in revenue will however give an incentive for tourists to choose Turkey, rather than Greece, due to lower freight rates', concludes Professor Frank Fichert.

Get started 2 July the World Champion Jet from Piraeus to Mykonos in just 2,5 hours!!

The Worldchampion Jet will start, from Thursday 2 July and every morning from the port of Piraeus, Syros, Mykonos, Naxos, Santorini ..... According...
Read more

Reopening Tourism: In the "TOP 3" of the tourist destinations of the Mediterranean, Greece is located

In the "TOP 3" of the Mediterranean destinations, Greece is located with tourists who wish to visit it as soon as the travel restrictions are lifted, με βάση...
Read more
Breaking News

Reopening Borders for Tourism: First’ principle agreement on opening borders!! The "white list" with 14 + 1 countries and which were left out!!