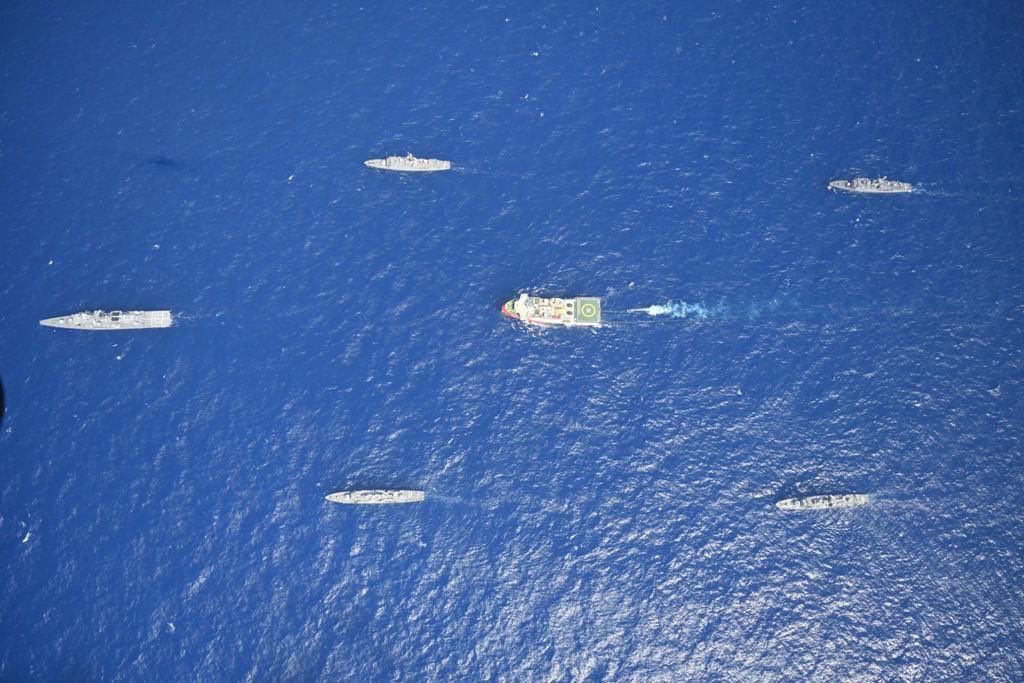 East Med Tensions – The time:How can the danger of war be avoided?; – The three scenarios of Europe's reaction

The three ways in which the EU can react to Turkey, on the occasion of its stop in the Eastern Mediterranean, in ZEIT. Comments on the EU's attitude towards Belarus………

Greek-Turkish dispute cites print edition of DIE ZEIT weekly, which first refers to the "dangerous events to date, which could lead to war between the two neighboring countries ". Writer Etslem Toptsu writes that there are three ways, which the other EU countries could follow vis-χώρες-vis Turkey:

"First choice: A dangerous confrontation ensues, both sides are afraid, they stop and order the frigates to return to the ports. Because in fact neither side is interested in a war in the middle of Europe, especially between two NATO members.

The scenario could also serve as a wake-up call for other EU countries to mediate more actively in the conflict.. So far only French President Emmanuel Macron has moved in that direction. He spoke with Greek Prime Minister Kyriakos Mitsotakis, calls on Turkey to suspend investigations, announces increase in French presence in Mediterranean. Similarly, Chancellor Angela Merkel, who called Turkish President Tayyip Erdogan and managed to stop the initial investigations of Oruç Reis. "

The newspaper then refers to the other two options:

"The second option would be to try to “deflate the issue”, although this would be more of a hope than a strategy. So far, however, it is still unclear how deep the gas is and whether commercial production is worth it.. The Turks could therefore stop the search.

Option three: an offer that Erdogan could not refuse. Turks have been trying for years to expand the Customs Union with the EU and the key is in Berlin. They rightly do not want to give it to the authoritarian Erdogan. "But one could negotiate the waiver of gas exploration and the recognition of the Law of the Sea, then the price can be reasonable."

The Council of State rejected as unfounded the application of the Panhellenic Association of Shops and Consumers of Catering and Entertainment, with which he asked to be canceled ...........
Read more
Previous article Coronavirus-Mykonos New Restrictions: From tomorrow the implementation of the measures in Mykonos and Halkidiki [The Government Gazette in detail]
Next article Macron and Merkel meeting:Tensions in the eastern Mediterranean, Belarus, Libya, coronavirus and Mali on the agenda of the meeting
Share
Facebook
Twitter
Pinterest
WhatsApp
Linkedin
ReddIt
Viber
VK
Tumblr
Telegram
Mix
Digg
LINE
Email
Print