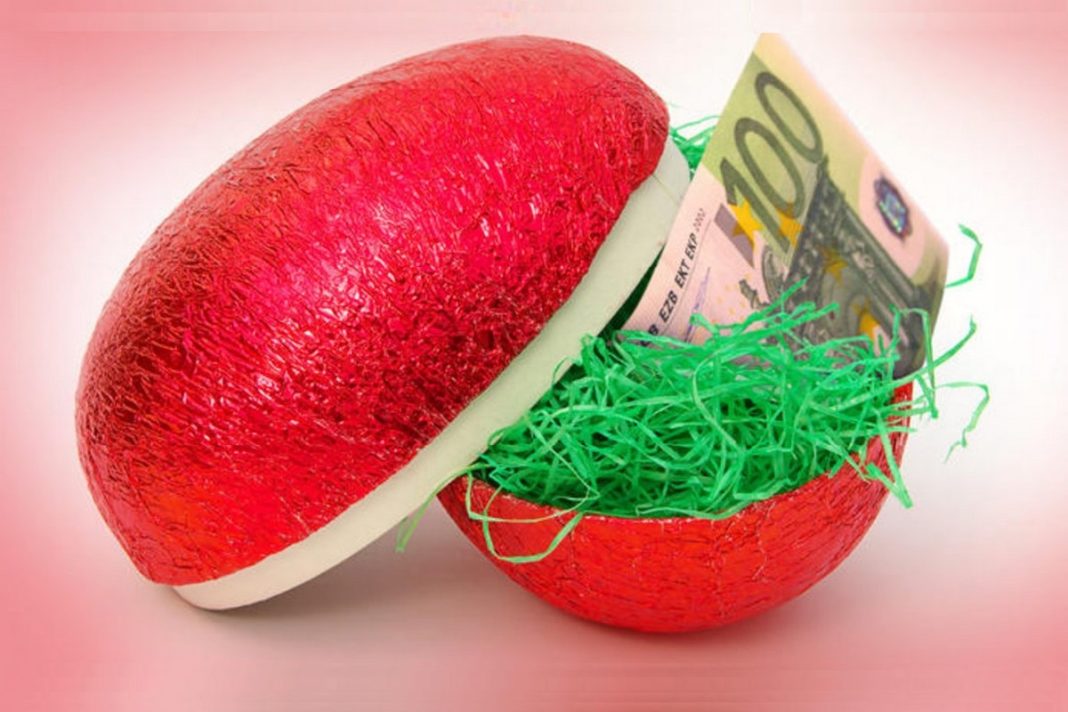 Easter Bonus: When do suspended employees receive the Easter Gift?!! The Beneficiaries

Mykonos TickerLeading news source for Mykonos and the Region
Mykonos Tciker Business
The most prevalent scenario so far for this year's Easter Gift predicts the payment in two parts…..

Over half a million employees, that are in suspension employment contract from January, are expected to be paid this year Easter gift with… Christmas Gift Model.

As the pandemic spreads and the gradual removal of the lockdown is removed, the intubated economy does not leave much room, in addition to repeating the pattern public cooperation – private sector.

According to reports, the prevailing scenario, which will most likely be announced next week, provides for its payment Easter gift with a gross financing model for those employees who have been suspended from a contract within the 4-month period January – April.

Recall that the Easter gift is calculated each year based on the working time within the first 4 months of the year, that is, within the period from 1 January to 30 April.

In this context, the most prevalent scenario so far for this year's Easter Gift predicts the payment in two parts:

consequently, those employees who have remained suspended throughout the first 4 months of the year, ie from 1 January to 30 April uninterruptedly, will receive from the state 267 euro. For specific employees, this will be this year's Easter Gift in total. also, each month of suspension of the employment contract translates into an Easter Gift of 67 euro.

Respectively, employee with nominal salary 800 euro, who was in suspension its first quarter 2021, ie from 1 January to 31 Of March, while in April he returned to active employment will receive:

According to reports, the Easter gift is expected to be paid on time this year, that is, until Holy Wednesday which this year is at 28 April.

It is recalled that last year another formula was followed, as employers were asked to pay othe whole Easter Gift 2020 based on nominal salary and then applied to receive back from the state the portion of the Gift corresponding to the time period of the suspension. For this reason it was then extended, to be paid by employers up to 30 June.

Those who have not completed the above period, right Easter Gift ratio, which is calculated in an amount equal to 1/15 of half a monthly salary for each 8 days of employment.

Easter gift depending on the time the employment relationship lasted, are also entitled to salaried where have already left from their work at the time of payment, or because they were fired by their employer, or because they left voluntarily.

The Easter Gift is in no case allowed to be paid in kind, but only in money.