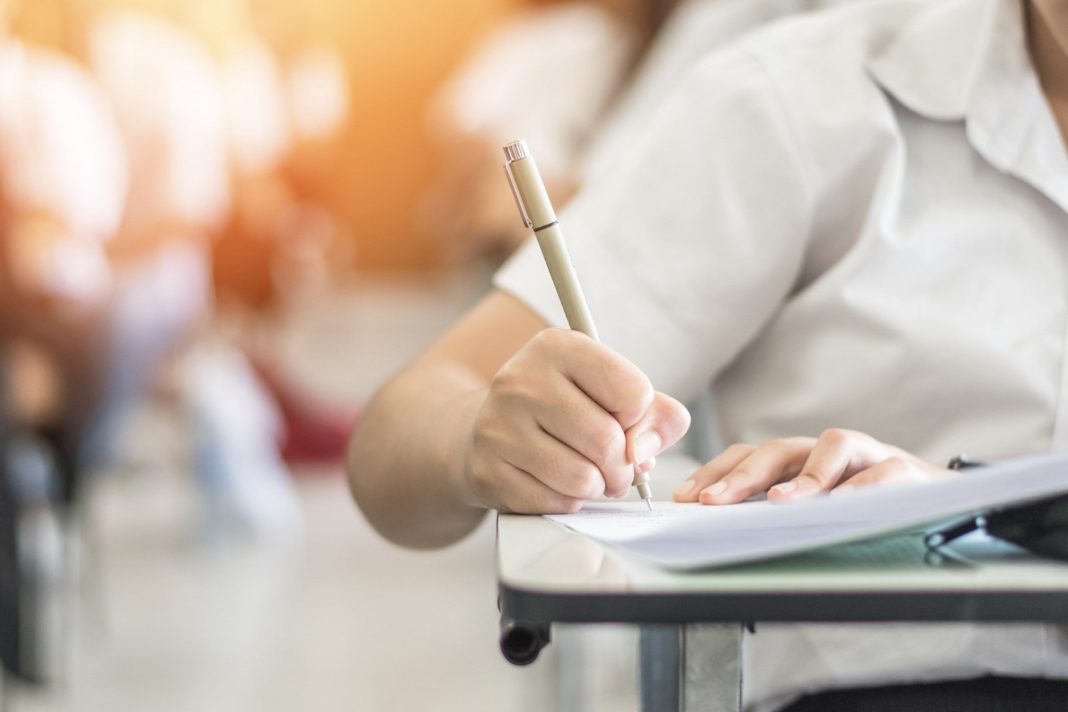 Education & Exams – nationwide: The way of scoring in the Report is changing!!

A few weeks before the start of the pan-Hellenic exams, The ministry has given instructions on how to examine the courses examined nationwide with changes for this year's candidates.…….

According to newspaper information “Free Press” the grading in her course changes Modern Greek Language and Literature, which is the only one common to all scientific fields.

The competition is divided in four questions, of which:

Applicants will be notified of the grading of each question with which they will receive the competition., as the course opens with its examination the curtain of the Panhellenic in 15 June.

It is noted that this is the second year that the Language course is examined with the Literature and with the experience of the previous year and given that the course is also examined by students who come from the scientific fields of Positive Sciences. (polytechnics) and Health Sciences (medical), It was deemed necessary to strengthen one part of the competition with slightly higher scoring than the other..

It remains to be seen in practice from the students' performance that this change will affect the final grades..

According to the instructions of the Ministry of Education, the course will include two groups of topics, with five sub-questions and 50 units per group. The second group includes two broad development topics and requires skills in synthetic analysis and knowledge interconnection..

In the rest of the lessons no changes are observed on the requirements and the way of examining the courses, but the other candidates have new challenges to face this year.

The reduction of the material in the nationwide examined courses that was decided due to the suspension of the operation of the schools for two months, changes the data of the competition.

The initiative for "scissors" in the material was a reassuring decision for the students, But teachers point out that this does not mean easier subjects.

Reduced material has not only changed the course of the study, but it will also change the philosophy of many courses in the competitions.

Candidates cannot apply for older years, as they have been compiled with a completely different volume of material than the one they have to manage this year.

The cut in some cases touches it 1/3 of total matter.

The rating of this year's candidates is also affected by the fact that the weighting factors are abolished., which until last year were awarding the prizes in courses depending on the scientific field from which each candidate comes.

The different way of calculating points due to the elimination of gravity coefficients is estimated to lead to a fictitious and very small increase of the bases., even if the students' performance is exactly the same as last year.

Of course, this is a technical change that does not change anything in the essence of the exams but also in the battle of the candidates for a place in their first choice..

A few days ago, The Ministry of Education also made public the number of entrants, which shows no change compared to last year.

The total number of offered positions in Greek universities remains high this year as well, with 77.970 successful to find a place in Greek amphitheaters and about 80% candidates to achieve its introduction.

The number of entrants does not leave much room for estimates in the course of the bases, as it remains the same and as everything shows the performance of the candidates in the Panhellenic will be the ones that will determine the new map of the bases.

We would like to inform you that tomorrow Wednesday 8 July, the crew of DEYA. Mykonos, will repair the fault in the water supply network in ...
Read more
Previous article Coronavirus and education: Kindergartens will be opened together with the primary schools
Next article Coronavirus and Employment: How will the new salary subsidy mechanism work?
Share
Facebook
Twitter
Pinterest
WhatsApp
Linkedin
ReddIt
Viber
VK
Tumblr
Telegram
Mix
Digg
LINE
Email
Print

Coronavirus Pandemic: The presence of SARS-CoV-2 in urban wastewater is detectable again

At the levels of the last days of April 2020, that is, when strict austerity measures were still in place to limit coronary heart disease,...
Read more
Breaking News

Finally the festivals and other mass events until the end of July!! What was decided at the meeting at the Maximos Palace and the Committee of Experts of the Ministry of Health!!....... Brake...
Read more
Breaking News