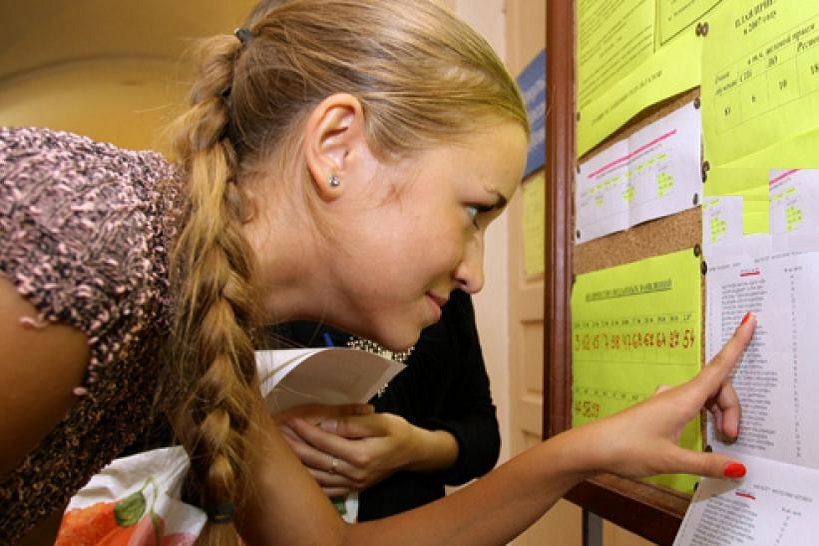 The scoring performance of the candidates in GEL and EPAL is in the public domain!!

The Ministry of Education has released the statistics for this year's scoring performance of the candidates GEL and EPAL in the Panhellenic Examinations.……

Candidates can view their grades per course on the website

a) the eight-digit code their number and 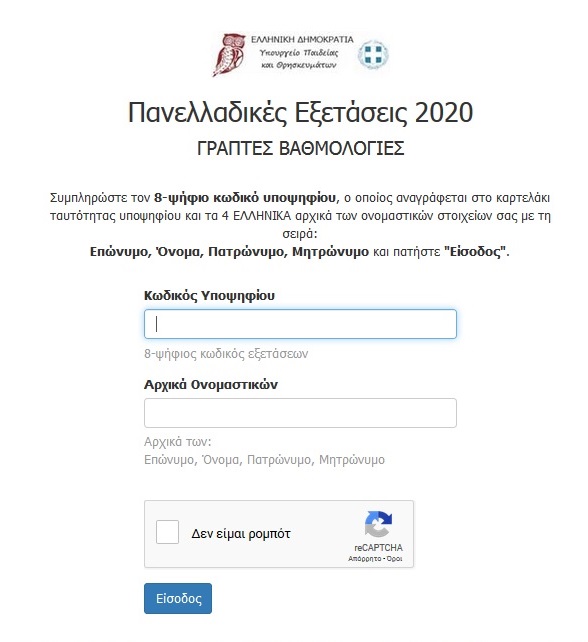 Simultaneously, the results have been sent electronically to the Directorates of Secondary Education, in order to be promoted to the schools of their responsibility in order to print statements of the successful ones that will be posted in the Lyceums. It is clarified that the statements posted in the Lyceums contain only the code of each candidate and the data of his success and not his nominal data..

It is noted that since Saturday 11-7-2020 until Friday 17-7-2020, all candidates will now be able to to finalize their computerized bulletin (by selecting DEFINITION), online at

After the deadline, no candidate will be able to finalize their computerized form.

Recommended candidates print and / or store on their computer the finalized computerized (which has acquired automatically and numbered), that at any moment they can see their final preferences.

The fundamentals Importation is expected to be announced in the last week of August!!

Coronavirus Measures – Gogos: New measures on the table!! No Festivals in August, scenarios for Changes in Coffee, Bar, Super Market!!

The possibility of further measures for the coronavirus remains open after the increase of cases observed during' throughout July ....
Read more

Greece, based on European protocols, issued its own National Directives. so Greece is ready to receive Cruise Ships. In fact today ...
Read more
Previous article Coronavirus Pandemic: What to expect from the teleconference in Maximou for Koronio!! For tourist areas, what the experts recommend!! [Video]
Next article Coronavirus-Rental Property: Who is entitled to a rent reduction in July and August?
Share
Facebook
Twitter
Pinterest
WhatsApp
Linkedin
ReddIt
Viber
VK
Tumblr
Telegram
Mix
Digg
LINE
Email
Print

78 New confirmed cases of coronavirus cases and three new deaths were recorded in the last 24 hours in our country, bringing the total cases to 4.477 and...
Read more
Reverend Dorotheus II