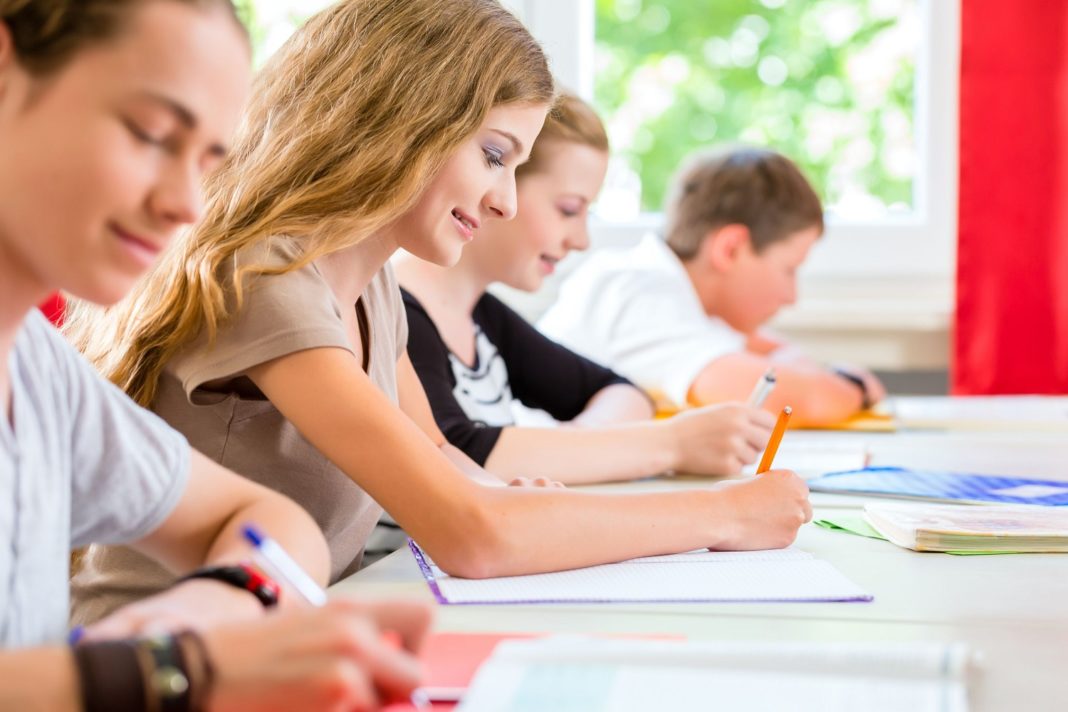 Mykonos TickerLeading news source for Mykonos and the Region
Mykonos Tciker Greece Education
Candidates seem to have the same performance µ last year in Ancient and History, while in Sociology and Exhibition they failed to achieve high depths……

The special - due to the pandemic - were completed for the main volume of candidates- National exams.

Writing teachers estimate that candidates' grading performance will not be striking differences compared to 2019, so the same will happen to them fundamentals.

So far, the deepening of the first two examinations has been completed. (Modern Greek Language and Literature and Ancient Greek), while the procedure in Mathematics started just yesterday.

This means that the estimates for the bases are premature.

More secure developments will emerge when details and statistics are announced by the Ministry of Education.

In general, nevertheless, From the data so far it appears that we may have One Slight drop in the 1st Scientific Field (humanities, Scientific and Social Sciences) and marginal increases in all the rest, and especially in high schools. As underlined by teacher-analysts, Candidates seem to have the same performance χρονιά Last year in Ancient and History, while in Sociology - in which this year the Students were examined for the first time in replacement of Latin- from the first data it seems that they did not manage to achieve high performance, as was the case in Latin in previous years. The same goes for Exhibition, which was examined for the first time this year ζί along with Literature.

So Together and with the abolition of gravity, suggest that We may have even a slight drop in bases in the 1st Scientific Field.

For the rest of the scientific fields, they even estimate A slight rise in the North, something that will be seen in the coveted Medical Schools. The. Will also contribute to this best picture in Psathiia of Chemistry this year, Given that last year in Psathias the candidates "fell", as was done in Mathematics.

Especially in the 4th Scientific Field the rise is more found in the high schools!!

As Giannis Tyrlis points out in "Ethnos tis Kyriakis", Student and chairman of the audit committee of the Student Society, the first picture of the writings shows that “in Learning had improved performance compared to last year, where the 60% of candidates wrote below the base.

Conversely, A report is recorded in the Report performance decline 10%-12% compared to last year. This means that if the coefficients of gravity existed, I would have raised the bases in the Positive Schools, such as Polytechnic and Economics. But now a balance is being struck. From the sampling it appears, also, that performance is better than last year. In each case, in any case, At the moment, there are no spectacular changes compared to it 2019. The pandemic µ Probably affected the students negatively!!

Logically we would expect them to perform better due to the reduction of matter, but this is not the case so far.

Although we do not have enough data yet, it seems that there will be no spectacular changes in children's performance this year ".

Regarding the announcement of the qualifications of the candidates, Ministry of Education officials estimate that the competent services will be ready to issue the results by 10 July (were announced last year 28 June, but the exams had started earlier, namely 7 June). Then the procedures for submitting it will begin Computerized bulletin. Candidates this year will be able to submit their CV from Monday 29 June to Friday 17 July 2020. Specifically, Those interested should contact their high school from Monday 29 June to obtain a personal security code (password).

With this personal code they will be able to visit the email address http://exams.it. minedu.gov.gr, to study the MD and in the first stage to temporarily store their preferences (temporary Storage). After the announcement of the depths of GEL or EPAL, and in newsrooms to be notified, all candidates, at the same email address, they will have to "lock" the Computer (by selecting DEFINITION) until the Friday 17 July 2020. After finalizing, the Computer is registered at the base of the Ministry of Education and no modification by the candidates is possible anymore, without the mediation of the school Ionas.

It is recommended that candidates print and / or save the finalized Computer on their computer. (which will have acquired the same number of protocols), so that at any time they can see their final preferences. Recall that the deadline is exclusive and after its expiration no candidate will be able to finalize the Computer Bulletin.

Last week, the candidates for the General Lyceums were examined History, Informatics, Physics and completed the exams in Chemistry and Informatics.

Issues of history judged passable and without hidingtraps».

The picture is similar for the issues IT. The tutoring teachers judged them as expected, without pitfalls and serious difficulties. In subject A he wanted attention µ only A3. Also in issue B, B2 required attention.

at Orientation Physics the issues were clear and inaccurate, except for issue A3, but they covered the Best Age of the material to be examined, As a result, students find it difficult to answer all questions within three hours.. Both B2 and C were of great difficulty. Especially on the subject of A3, the teachers asked for both answers to be taken as correct [c) and D)], so that no candidate is wronged. indeed, the Union of Greek Physicists (ΕΕΦ), in Communication, he stressed:

"Responsibly and unequivocally, its debt to the Student Community, to parents and teachers, following the informed consent of the Committee for the Resolution of the Theaters, highlighted it problems created in position A3. He considered it unfair for a child, which has been answered with the right reasoning, to have the effect of removing ions! Updated, Well, the Student Community that the EEF, in the context of its institutional responsibilities, submitted requests for acceptance of two correct answers for the specific position in the office of the Minister, in the Office of the Undersecretary and in the Office of the Secretary-General of the Ministry of Education and Religious Affairs. From this point and after, the reason belongs to the ministry ".

As for Friday's two Psathiata, there is no evidence of candidate performance.

In three (3) More arrests were made by the Police after checks carried out in Mykonos regarding the so-called private parties that are taking place in ...
Read more
Previous article Reopening Borders for Tourism: UNWTO welcomes New App designed to facilitate safe and secure Border Crossings
Next article Coronavirus Safe Tourism: How to make a vacation safe!! The danger is between us!!
Share
Facebook
Twitter
Pinterest
WhatsApp
Linkedin
ReddIt
Viber
VK
Tumblr
Telegram
Mix
Digg
LINE
Email
Print