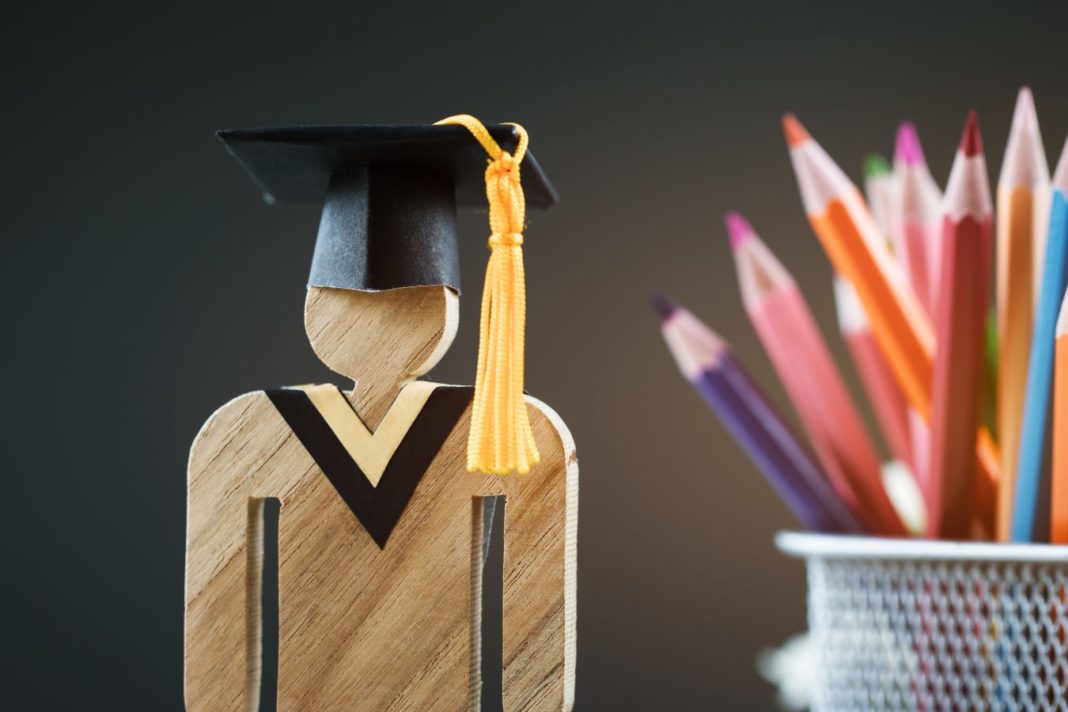 New books and curricula, teacher training, upgrading of vocational education are the central axes of the policy of the Ministry of Education for the change of page of the Greek school from the next school year based on the western standards…….

Specifically, volunteering, sex education, Entrepreneurship are just some of the new topics that will be introduced in primary and secondary schools, while learning English from kindergarten classes will help children acquire language fluency from an early age.

"Among our goals in primary and secondary education is an upgraded one, contemporary, safe school, with more free and autonomous school units. Starting from the base of the pyramid, from kindergarten to high school, we streamline the landscape, introducing new items, teaching procedures and methods, with trainings and evaluations, according to international educational models, προς όφελος μαθητών και εκπαιδευτικών» δήλωσε στην «Κ» η υπουργός Παιδείας κ. win Kerameus. Of course, the educational federations are opposed to many of the ministry's plans. indicative, Evaluation is a field that provokes the reactions of trade unionists and teachers.

particularly, from next September, θα ξεκινήσουν η αυτοαξιολόγηση των εκπαιδευτικών και η αξιολόγηση των σχολικών μονάδων και θα ακολουθήσει το 2021-2022 the evaluation of teachers. Based on the law 4692/2020, the details will be defined by Presidential Decree. The Institute of Educational Policy will play an active role (PSE) and the Higher Quality Assurance Authority in Primary and Secondary Education (ΑΔΙΠΠΔΕ).

According to information from "K", A proposal for the development of the evaluation of the educational project has been duly submitted to the leadership of the Ministry of Education, such as the action planning plan. Specifically, the school principal together with the teachers' association will compile and submit to an electronic platform, before the start of the course, plan for the actions and research programs that the school will plan. The plan will also include the educational objectives and the desired results for the school year. "Evaluation will not be punitive. Teachers will be asked to evaluate their work to improve it. It is a new function that will revitalize school life ", says the president of the IEP to" K ". John Anthony.

"I think everyone wants it, ακόμα και εκείνων που κάνουν κριτική, is to improve the quality of the school "he adds. in any case, despite the reaction from the federations and distrust of the ministry's intentions, The leadership of the Ministry of Education states that the society is overwhelmingly in favor of the evaluation of the educational project in order to improve it..

New curricula will be developed for the two educational levels until its end 2020, based on the contractual obligations of the Ministry of Education for the NSRF funds. So, at the beginning of next year the writing of new books based on the curricula will be announced. According to the design of the Institute of Educational Policy, within the next two years the elementary school books will have changed, of high school and lyceum (General and Professional) for all scientific areas.

Alongside, in kindergartens, elementary and high schools will be introduced as new pilot topics (by age), such as volunteering, sex education, environmental awareness, addiction prevention, entrepreneurship, new technology.

An important step in education is the introduction of the English language in the country's kindergartens, through creative activities by a foreign language teacher, in the presence of the kindergarten teacher. Επίσης ενισχύεται η διδασκαλία της πληροφορικής, of foreign languages, of classical letters and physical education, as well as the elaboration of research / synthetic works as a complementary or alternative way of evaluation.

important changes will also be made in the promotion of students!!

In High School, the number of written exams increases, from 4 (Language, History, physics, Mathematics) in 7 (Ancient are added, Biology, English).

In high school, the number of written exams in BD and DG Lyceum increases by one.

also, in High school and Lyceum students will be promoted / fired on average at least 10, instead 9,5 today, or 13 and up 4 courses under the base.

Re-examinations will take place only in September.

Restoration is crucial (after the 2014) Topics of Bank, from which half of the subjects in the promotion and graduation will be selected Lyceum exams (not in the Panhellenic Examinations).

As reported Mr.. Antoniou, The Bank was chosen to be open to all students (in contrast to the "closed" in which there is a small number of indicative issues but the rest are unknown, according to OECD PISA competition standards). around 17.000 issues of his Bank 2014 they will be re-evaluated and graded according to their difficulty. There will be two levels of difficulty, while the number of topics will exceed 20.000.

The first students of the High School of the next school year 2020-2021 will be examined, using the Themes Bank, in their promotion exams in May 2021.

End, from September will operate 34 Experimental Primary Schools, Gymnasiums and Lyceums and 28 Standard Gymnasiums and Lyceums. That is, the total number of will increase from 60 today 62, and there will be an internal redistribution of schools in secondary education with an increase in Standards. Το ενδιαφέρον των γονιών για τα σχολεία αυτά είναι πολύ μεγάλο και είναι ενδεικτικό ότι κατατέθηκαν περίπου 12.000 applications for the total 3.185 seats.

Teacher training is a pillar

The extensive training program for teachers of both levels, which will start next school year the Ministry of Education in collaboration with the Institute of Educational Policy (PSE), is a pillar for the success of the changes that will be implemented in compulsory education from September.

indeed, under the program, There is online training in distance education.

particularly, τον περασμένο Ιούνιο ήδη ολοκληρώθηκε μια πρώτη πιλοτική επιμόρφωση σε Γλώσσα, Mathematics and Natural Sciences (namely, the key literatures that the Organization for Economic Co-operation and Development (OECD) emphasizes through the PISA program). They participated in the pilot training 236 teachers and 36 trainers. The approval process for financing the main training intervention has already been completed in order to start, with the start of new school year, the training 15.000 training.

also, training will start in September 2.500 teachers in skills labs without funding, based on the voluntary participation of selected trainers.

Alongside, training is provided 35.000 teachers of all levels of education in the new curricula prepared for Primary School, middle school and high school, as well as introductory training 11.500 newly appointed teachers after the start of the new school year.

A new educational field in which they will be trained as a whole 25.000 teachers are differentiated teaching, in the context of the introduction of innovative teaching elements in the educational practice.

What changes in vocational education

Vocational education is the second field in which Greece is moving in the opposite direction in relation to European data.

Specifically, in Greece only the 30% of students chooses Vocational High Schools (EPAL), while the 70% of High School graduates prefers General High Schools (GEL) in order to be introduced, through the Panhellenic Examinations, universities.

It is characteristic that this year there was a large increase of EPAL candidates in the Panhellenic Examinations, which is attributed to the transfer received by several students from GEL to EPAL to take advantage of the increase in places in universities given to EPAL candidates. In Europe, the distribution rates of 16-year-olds in general and vocational education are reversed.

particularly, most GEL students who received a transfer to EPAL chose the Health Sector, Providence.

According to the data of the mathematician-analyst Mr.. Stratou Stratigaki, the number of candidates in the field increased by 16,48% this year in relation to 2019, and excellent performance (over 19.000 points) against 379%!

"They chose him to claim a place in the medical schools, something that cancels the targeting and the philosophy of vocational education "he admitted speaking to" K "an official of the Ministry of Education.

"The unattractiveness of vocational education is due to social recruitment and the possibility of advancement through the university degree. On the other, the over-concentration of university graduates has defined the landscape of the economy. The degree was the passport for the public sector "said the president of IEP Giannis Antoniou, talking about a state where the State was the largest employer.

But now, and after years of fiscal austerity, the economic landscape is changing.

The leadership of the Ministry will proceed through a bill to rearrange the vocational education, training and lifelong learning, to attract high school graduates.

"The question is the connection of vocational education with the labor market" says Mr.. Antoniou.

So, new study programs will be prepared at EPAL, while there will be cooperation with the actors of the economy (companies, professional bodies), so that the content of the programs and the apprenticeship are combined with the needs of the labor market, as companies complain about shortages of specialized technical staff.

also, from the next school year will be given the opportunity to the current pconventional EPAL to be converted into Standards, by evaluating their staff.