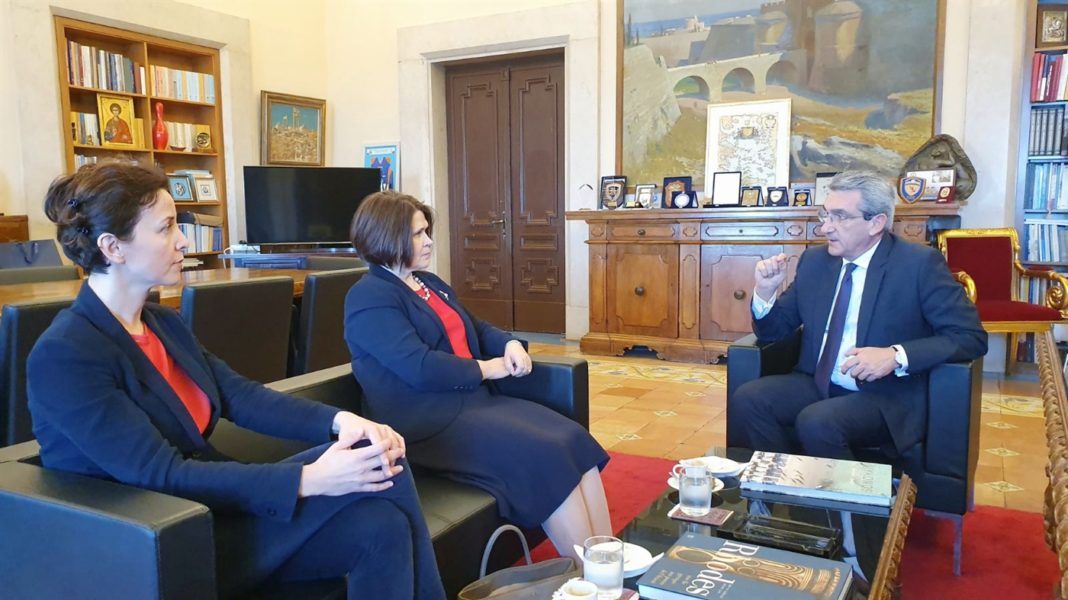 Hadjimarcou thanks to the Slovak Ambassador to the dynamic growth of tourism in the islands of N.. Aegean

Tourist discussed issues of common interest for some time the Region of Southern Aegean, George Hadjimarkos the Slovak Ambassador to Greece, Iveta Hricova during their meeting today in the regional governor's office…….

The Ambassador of the Slovak Republic to Greece, Iveta Hricova and Commercial and Economic Attaché of the Slovak Embassy, Jana Palatova, today received in his office the Region of Southern Aegean, George Hadjimarkos.

During the meeting, ο Περιφερειάρχης εξέφρασε την ευγνωμοσύνη και τις ευχαριστίες του στον σλοβακικό λαό, for increased tourist arrivals to the islands of the South Aegean, approaching the 50.000 visitors, number of very important, in proportion to the population of the country is 5,5 million. residents.

This, όπως σημείωσε ο κ. Hadjimarkos, showing love and loyalty of Slovaks to our islands and therefore expressed his gratitude to the Ambassador of Slovakia, for confidence.

The Prefect informed Ms. Hricova that the Region of Bratislava, which also participates in the European Regions (European Committee of the Regions) , already exchanged ideas for cooperation. 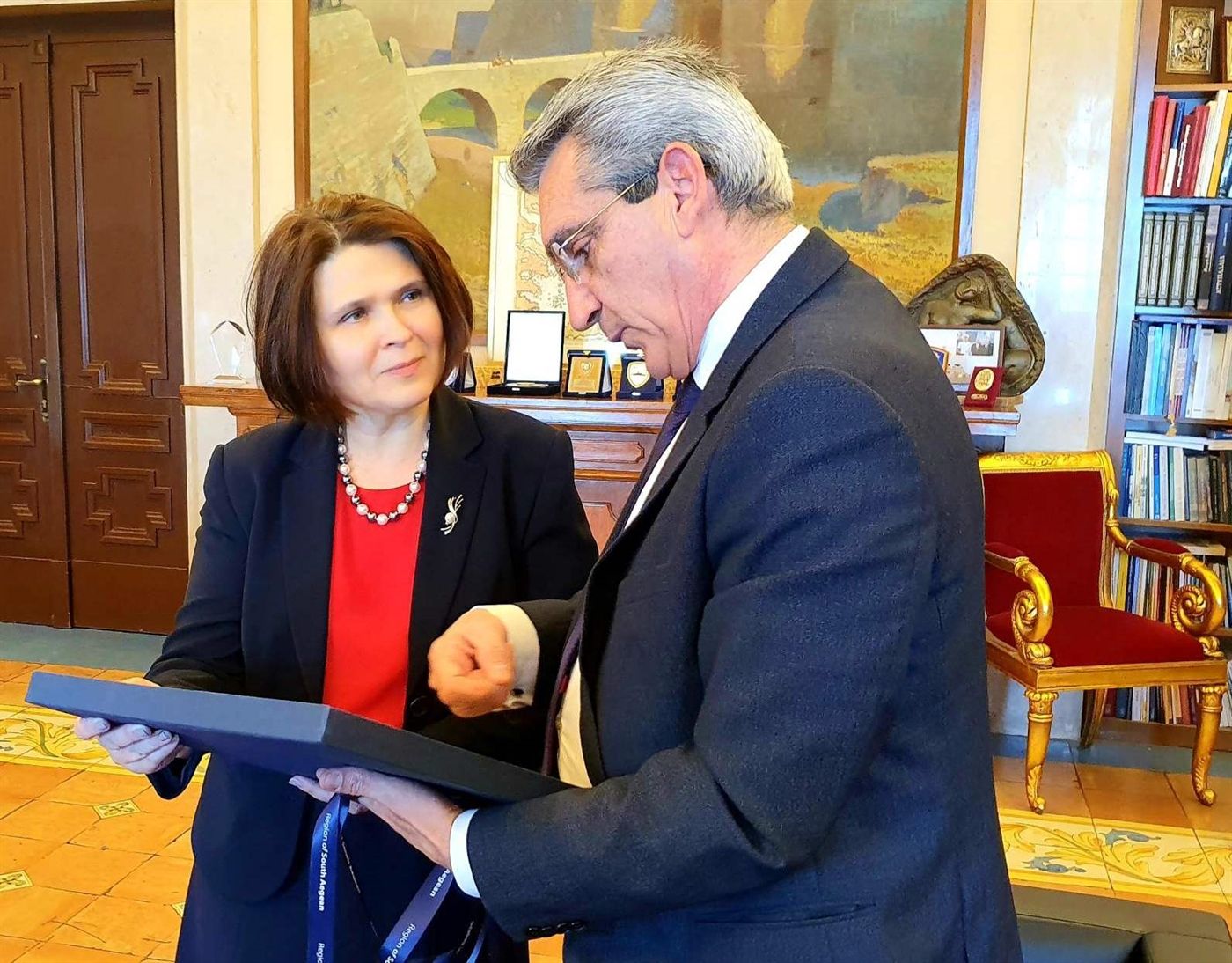 In this context, in today's meeting discussed the possibility of extending cooperation of the South Aegean islands, particularly Rhodes and Slovakia.
Both parties, They expressed their satisfaction for the useful exchange of information and promised to take initiatives to further cooperation, with emphasis on culture and trade.