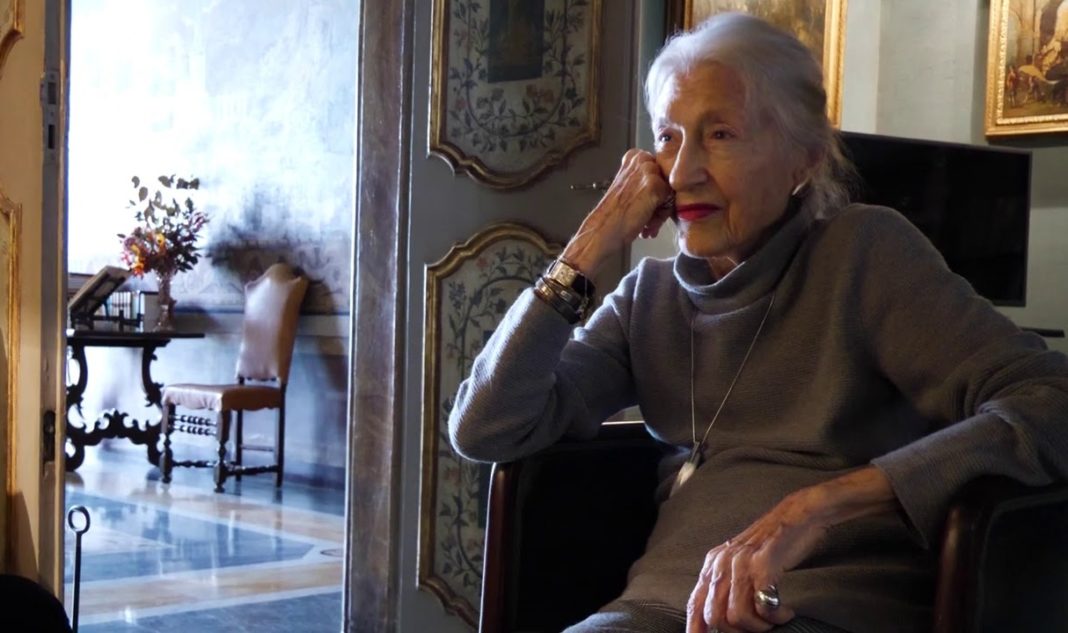 Anna Bvlgari passed away!! The golden heiress of the jewelry company Bvlgari, with fairytale life!! [Videos]

He passed away, At the age 93 years, Anna Bvlgari, the only descendant of the founder of the Bvlgari jewelry house dynasty, Sotiriou Voulgari…..

Anna Voulgari even in the last years of her life, as reported by paramythia-online.gr, He visited the Fairy Tale and the Ionian waters incognito every year, while he did not miss every opportunity to speak - in fluent Greek- and to advertise in the best words the city from which her grandfather started the jewelry empire.

Anna Voulgari: The nightmare of kidnapping

Her life was like a fairy tale, while in addition to the professional success that brought them to the top of the planet, he also had difficult times, such as her abduction on 35 days.

"My son and I were taken hostage 35 days. They cut off my child's ear in order to get the ransom. The kidnappers were from Sardinia. Murderers. They kept us on the floor and in the cold on a mountain for 35 days. My family paid the kidnappers 4 millions of lire, namely 2 EUR million. The child was strong, he said nothing, they cut off his ear with a knife. I lost 10 years of my life. It was terrible. ", said the Greek businessman.

Anna Bvlgari was a mother 3 children and in March 2019 met with a mission of the municipality of Paramythia in order to inform the family about the plans for the development of the former primary school offered to the city by Sotirios Voulgaris, about how the family can participate in the room that will be dedicated to the house, with Anna Voulgari showing great interest in the plans to transform the historic building into an art and culture center.

Sotiris Voulgaris: The Greek silversmith who built the empire Bvlgari

Bvlgari is one of the most luxurious and renowned companies in the world.. His journey began in Greece and specifically by his "creator", Sotouri Voulgari.

Having his grandfather as a role model, Constantine, Sotiris Voulgaris became a passionate silversmith, making belts first and then earrings, cases for swords and silver buttons.

His talent and passion led him to open a jewelry store with his father in Paramythia, Thesprotia., where it came from. However, 1873, while the region of Epirus was under Ottoman rule, the Turks decided to burn Paramythia to rebuild it from scratch.

The small Bulgarian shop was badly damaged, as if that wasn't enough, Sotirios Voulgaris fell victim to a robbery 1876, losing many of his jewels. Then his father made the big decision and told the Savior: "Let's leave the country and find a land where we can live and work in peace.".

And that's what they did; the first stop was Corfu where they opened a small shop on the ground floor of their house and continued for a while to do the job they knew so well., to make jewelry and more.

Until Sotirios Voulgaris met Dimitrios Kremos on the island, a Macedonian silversmith, who was then to become his collaborator.

However, they both soon realized that Corfu did not fit them; they had to move towards a country of style and rebirth.. Italy.

Their first stop there was the city of Brindisi and then Naples where they opened a very small shop in Piazza dei Martiri in the fall. 1880.

They didn't spend much time in Naples, and there their store was looted a few times.

So Voulgaris and Kremos took the big step and went to Rome 1881. They were lucky in Rome, as well as a generous Italian, seller of Greek sponges, named Candice, offered them a small corner of his shop on Via Sistina Street, to exhibit their creations.

However, the disagreements did not take long to come between the two partners. Η αντίθετη άποψη που είχε ο Σωτήριος από τον Δημήτρη είχαν ως αποτέλεσμα ο πρώτος να αναλάβει μόνος του την επιχείρηση και να μεταφερθεί στην οδό Βία Κοντότι. There he opened a shop with charms and jewelry, creations that the Italians loved. His career then began and was predicted to be great.

Nine years later, a novel by Charles Dickens was the inspiration behind the name of the Bulgarian store, the Old Curiosity Shop, το οποίο ομόρφαινε το ισόγειο του τότε ξενοδοχείου Palazzo Lepri. In this store many British and American tourists discovered his unique creations, while this particular store was the flagship of Bvlgari.

Things were going so well for Sotirios Voulgaris, that up to 1897 it still opened 4 jewelry stores in Italy.

The great Greek died 1932 and his children took over the business.

The two sons of Sotirios were also the ones who essentially gave the image that the house has today, combining the traditional with the modern Italian style with influences from Greek classicism and Italian renaissance.

The 1970, Well, η Bvlgari είχε αποκτήσει καταστήματα σε όλες τις μητροπόλεις του κόσμου αποκτώντας παγκόσμια φήμη, as there was no Hollywood star, blue blood, rich heir, but also a simple lover of precious stones who does not visit any of the shops of the house. 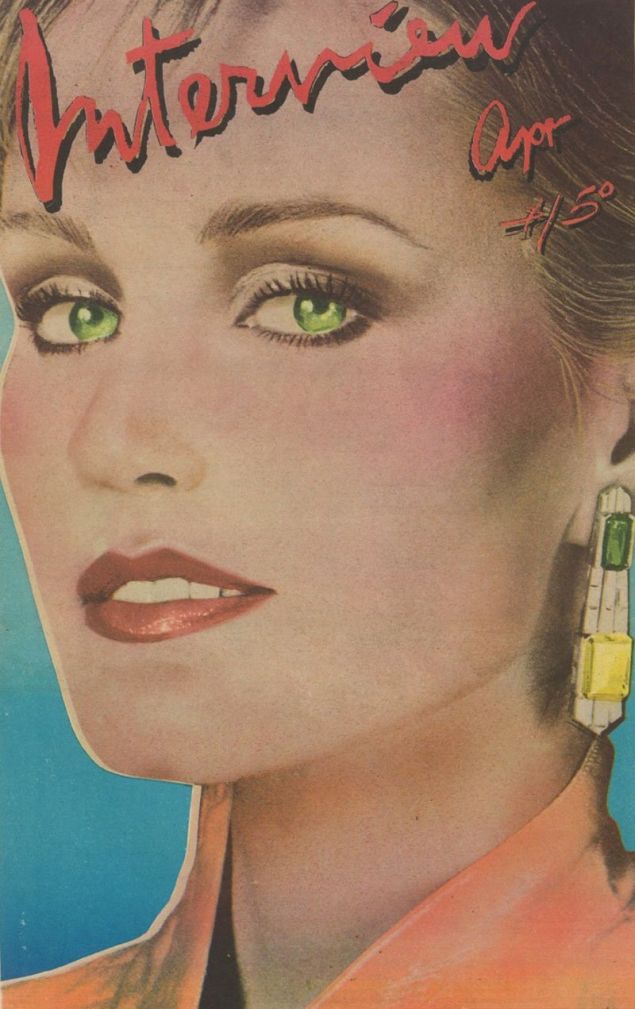 Cover of his periodic Interview 1979, where the actress Jessica Lang is depicted with impressive Bvlgari jewelry.

And it's not just luxury jewelry B Bvlgari has become the favorite home of many names- legends because he made unique creations just for them.

Italian actress Gina Lolombritzita had left an era with her white-silk dress decorated with precious stones by Bvlgari, while dancing with Frank Sinatra in his famous film 1959 "The beauty of Calcutta": 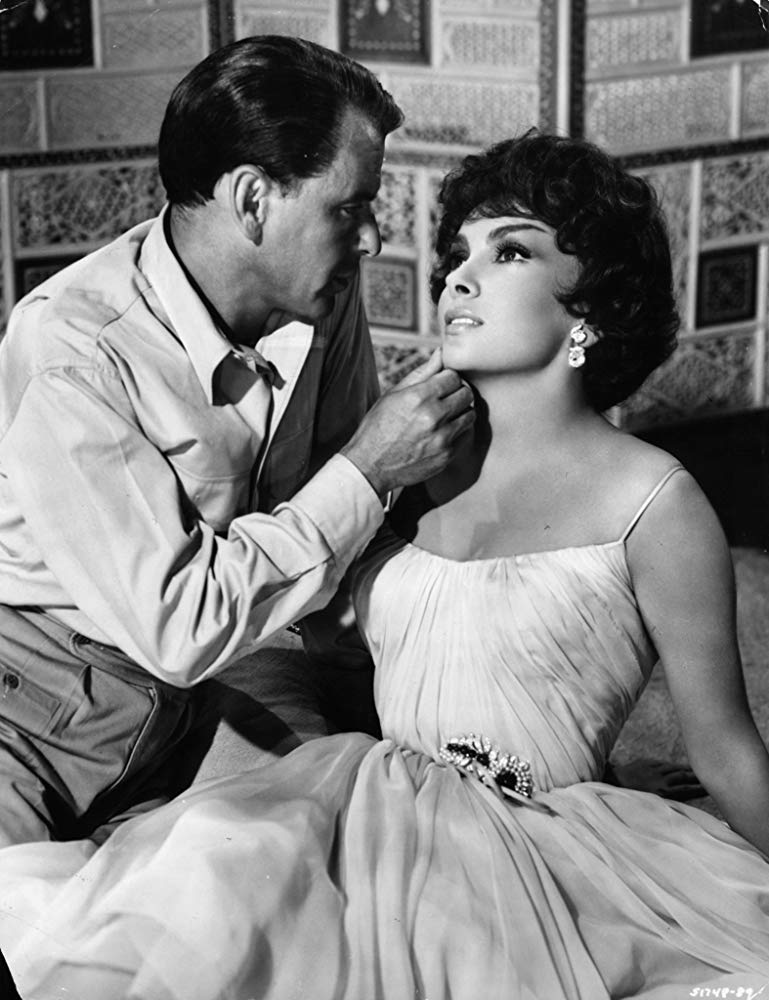 On the other, Ingrid Bergman looked like a goddess with the Bvlgari necklace made of platinum and diamonds in the movie "The Lady's Revenge" 1958: 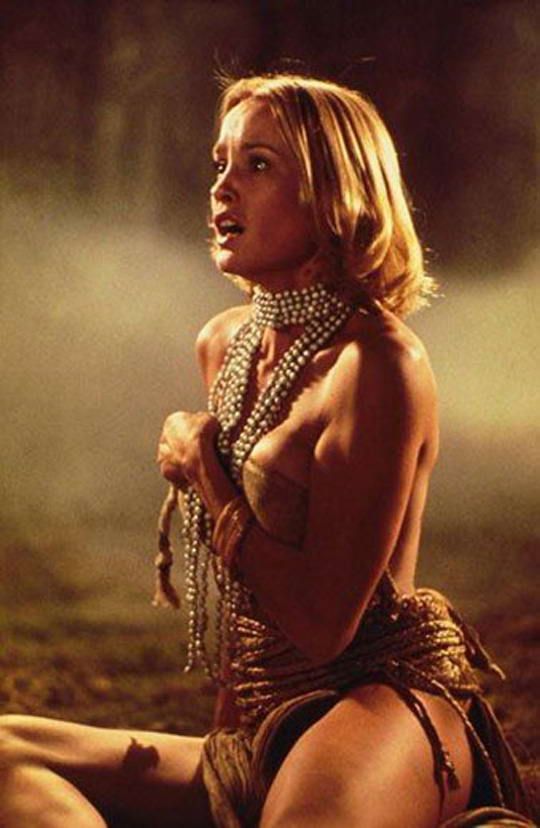 Also a necklace- Bvlgari's masterpiece was also worn by Madonna in her role as Evita Perρόνn in the film of the same name. 1995: 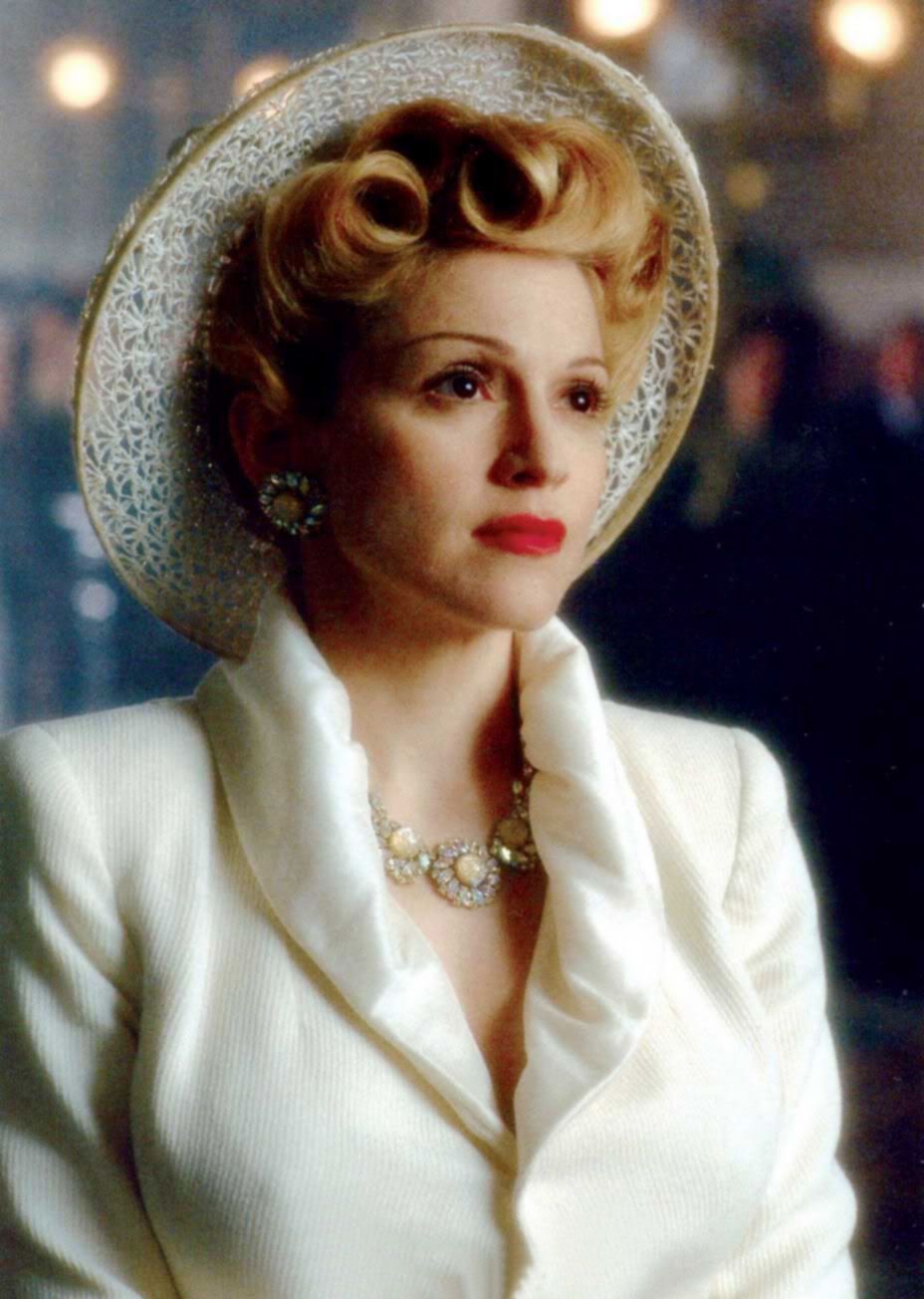 Madonna in her role as Evita Peron

And the examples continue; Pierce Brosnan had given a diamond necklace to Renee Rousseau in the film "The Case of Thomas Crown", Sharon Stone opens a suitcase full of Bvlgari jewelry in the movie "Casino" with Robert de Niro 1970 and many, too many more appearances. 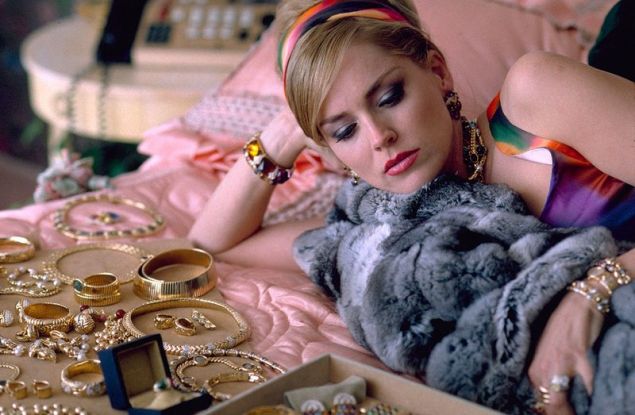 However, as well-known and well-known as Bvlgari is today, the "message" left behind by its creator Sotirios Voulgaris, has been following him all these years.

And that's just the tip of the iceberg, listening to the inner voice telling him to keep going and following his instinct, refusing to give in to the difficulties of the times. 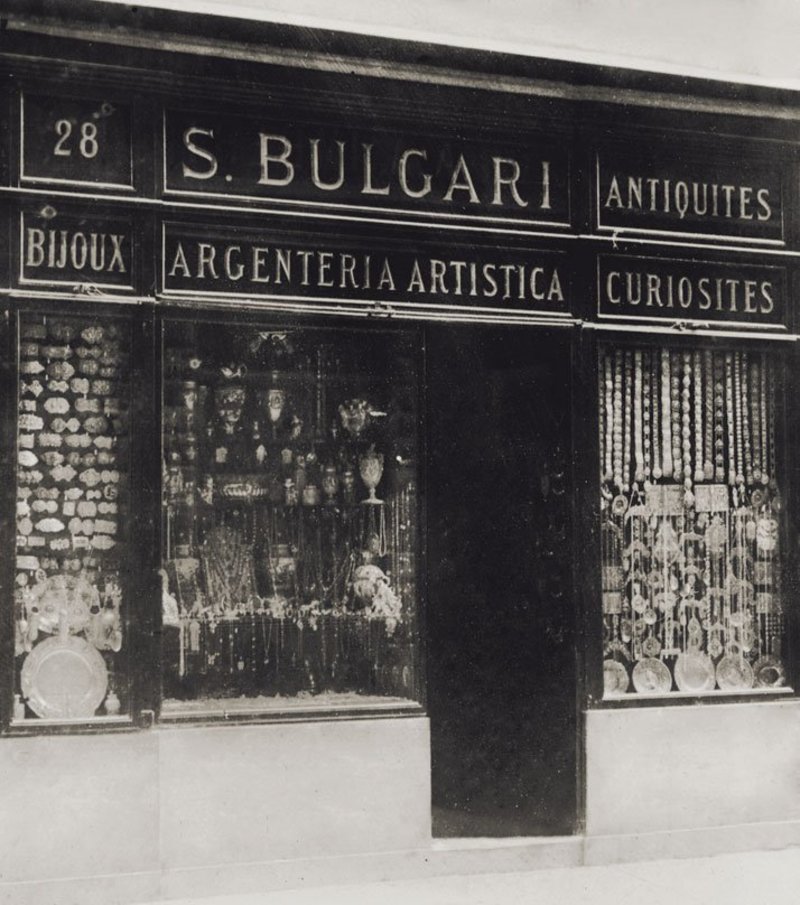 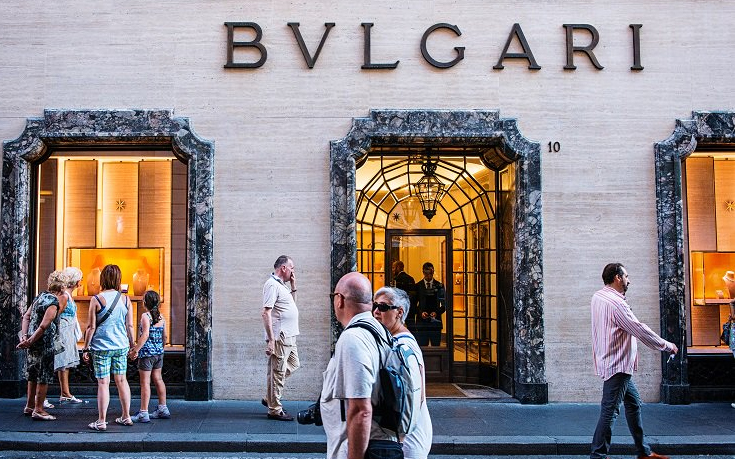 We would like to inform you that tomorrow Wednesday 8 July, the crew of DEYA. Mykonos, will repair the fault in the water supply network in ...
Read more
Previous article Coronavirus Travel: How can summer "defeat" the virus?!! What applies to sea and swimming pools!!
Next article Coronavirus Travel: Businesses that remain closed – CAR, from the 25 as the 31 May 2020 [GG]
Share
Facebook
Twitter
Pinterest
WhatsApp
Linkedin
ReddIt
Viber
VK
Tumblr
Telegram
Mix
Digg
LINE
Email
Print

Popi Elaban achieved her goal and managed to win a medal in the Panhellenic K16 Championship in the competition of 150 μέτρων........ Η σπρίντερ του...
Read more
View more