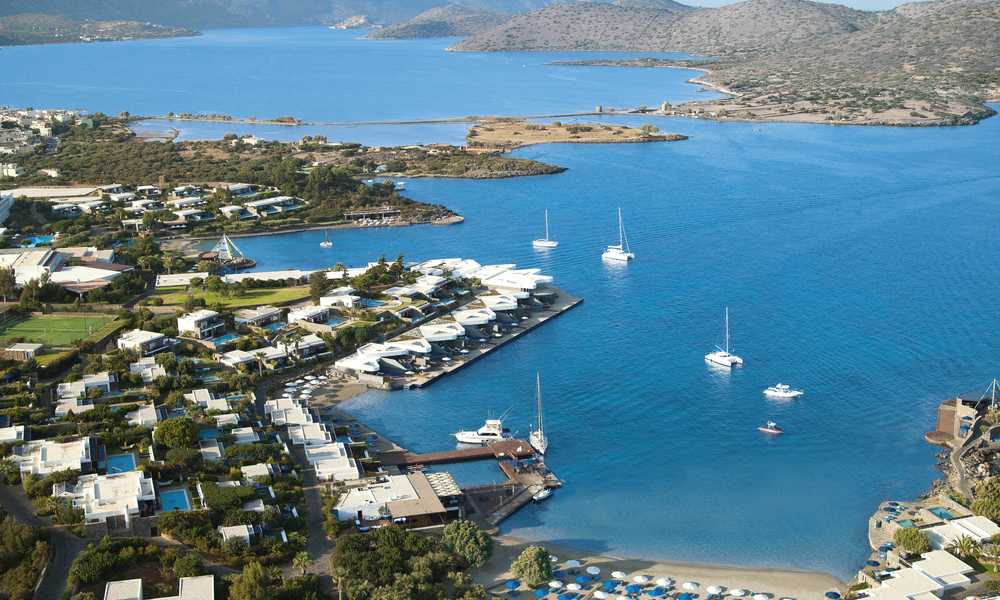 Approved by the KSD, Strategic Environmental Impact Assessment for the investment with the Russian Mirum marina in Elounda

At his beginings 2020 expected to begin work for the big investment Mirum Hellas – It will include 56astero hotel, marina and tourist residences………

The investment project promoted by Mirum Hellas provides for area development 1.000 acre 350 Luxury homes and marina 65 positions. The total investment could reach up to € 600 mn.

This is one of the strategic investments that attempts to dislodge the government as "crawl" for several years. With the issuance of the environmental special spatial plan will be completed (ESCHASE) to be published in Presidential Decree, to advance the urban study and finally to issue the building permits of tourist complex.

The investment project promoted by Mirum Hellas, which is controlled by Russian businessman Vitaly Borisov, provides for area development about 1.000 acre (six adjacent areas that reach 200 acres) for the construction 350 luxury homes, Marina capacity about 65 positions, two hotels, small shopping center etc.. The total investment could reach the 600 million. euro, as already the Russian businessman has moved to develop part of the area, while continuing to seek to purchase adjoining land.

The Mirum Hellas has already built more than 16 luxury villas, area over 400 square meters each, and some have already been sold. Within the complex will operate two hotels. For large, five star, capacity hotel 200 bender, the legal representative of Mirum K. Dedes had argued a few months ago that the Russian company is in talks with American groups Four Seasons and Fairmont Hotels. For smaller hotel (the former "Akrotiri"), purchased and renovated in order to operate in the mid 2020, the company has agreed with the Libra to bear the name of Aria Hotels.

This property will include 16 lux, while the Russian company passed and Villa Nikos Koundouros, where the movie had been made "The Fairy and the Man ', which also renovated.

The Mirum has already built four settlements in Russia luxury homes and Vitaly Borisov searching area in the Mediterranean, to create holiday complex for wealthy Russians who are already customers of. It resulted in Elounda after he had gone from France, and other locations including Corfu and Lefkada.

The aim of the Russian businessman is to create a complex that would attract and lower budgets, as the cost of housing will be sold will range from 250.000 until the 2.000.000 euro, as Mr stressed. Dedes.

To strategic plan of the complex was made by the British firm WATG, but Mirum Hellas also cooperates with the Greek offices 'Makridis' studies, "Al. Saddler", Europlan, Marnet (designed marina) etc..

The Ministry of Development and Investment, issued a New Circular clarifying the terms and conditions of operation of catering stores. There is a report, including,...
Read more
Previous article With additional conditions, restrictions and monitoring process, the approval of the Regional Council in the lining of Mykonos
Next article The British tour operator Thomas Cook collapsed and cancels hundreds of thousands of reservations
Share
Facebook
Twitter
Pinterest
WhatsApp
Linkedin
ReddIt
Viber
VK
Tumblr
Telegram
Mix
Digg
LINE
Email
Print

Coronavirus – Flexible Work: The Amendment for Reduced Labor and New Wages was submitted [The whole amendment]

"Cooperation": The terms and conditions of shift work. The amendment for the enactment of the mechanism. Τι προβλέπει για επίδομα εργασίας και δώρο...
Read more
Business

Coronavirus Travel: The 29 countries that will send first tourists to Greece 15 June – List

The Ministry of Tourism announced the list of countries, for tourists from which 15 June "borders open", by air ...
Read more
View more