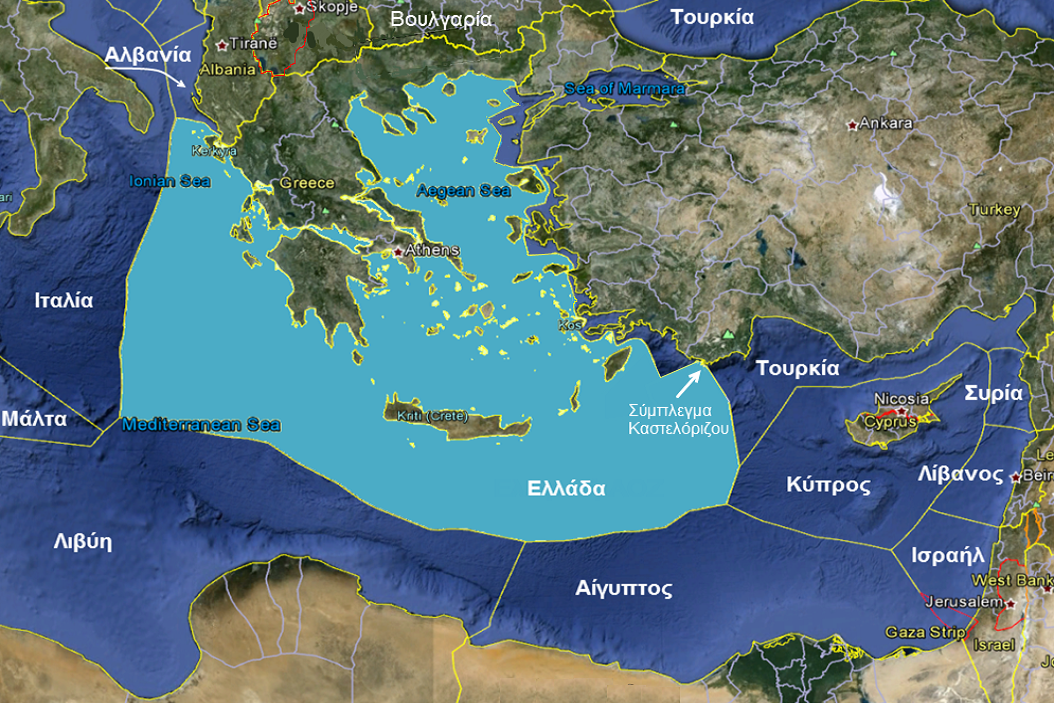 “Greece and Egypt will sign an agreement on the delimitation of maritime zones within hours”, writes the Egyptian Website Sada Elbalad (See.news).…

Citing Greek diplomatic sources, states that the Minister of Foreign Affairs of Greece Nikos Dendias is going to Egypt today where he will pay an official visit regarding an agreement for delimitation of the maritime border between Egypt and Greece.

He states that according to the statements of the Greek Foreign Minister, "The delimitation of maritime zones is achieved in accordance with international law, through valid agreements. Not through invalid and empty agreements, such as the agreement between Turkey and Prime Minister Fayez al Sarraj based in Tripoli, and, of course, not through the unilateral submission of coordinates.”

Egypt seeks to scrap Sarraj-Erdogan agreement in Eastern Mediterranean, as Cairo and Athens agreed several months ago to speed up the demarcation of the maritime border between the two countries.

The same sources noted that the visit of the Greek Foreign Minister to Cairo takes place at a very important time., especially after the signing of a maritime border agreement between Greece and Italy.

In the meantime, writes the post, Athens seeks to mobilize international support to stem Ankara's ambitions in the region, especially after the controversial map with Libya and the announcement of gas exploration activities in the Eastern Mediterranean.

From a Greek point of view, adds, EEZ signing with Italy has significant implications for Turkey's plans to steal oil and gas from the Greek sea, hindering its efforts for complete control of the Eastern Mediterranean.

These agreements between Greece, Italy and Egypt are indeed of great importance for ensuring prosperity and cooperation between the three countries in the oil and gas rich region., ends up.

With information from KYPE

With the new provision, the control is extended to those who are sentenced even to small sentences, if the offense results in financial gain!!..... "Mπλεγμένοι με κατηγορίες για...
Read more
Breaking News

Coronavirus Pandemic: Mitsotakis message to the Greek people in the afternoon about the situation with the coronavirus

Tax Deduction on Rental Reduction: Errors in 200.000 Statements for rent reductions - What landlords should do

About 200.000 homeowners, which during the months of March - August 2020 were forced to collect reduced by 40% τα ενοίκια που είχαν συμφωνήσει...
Read more
View more