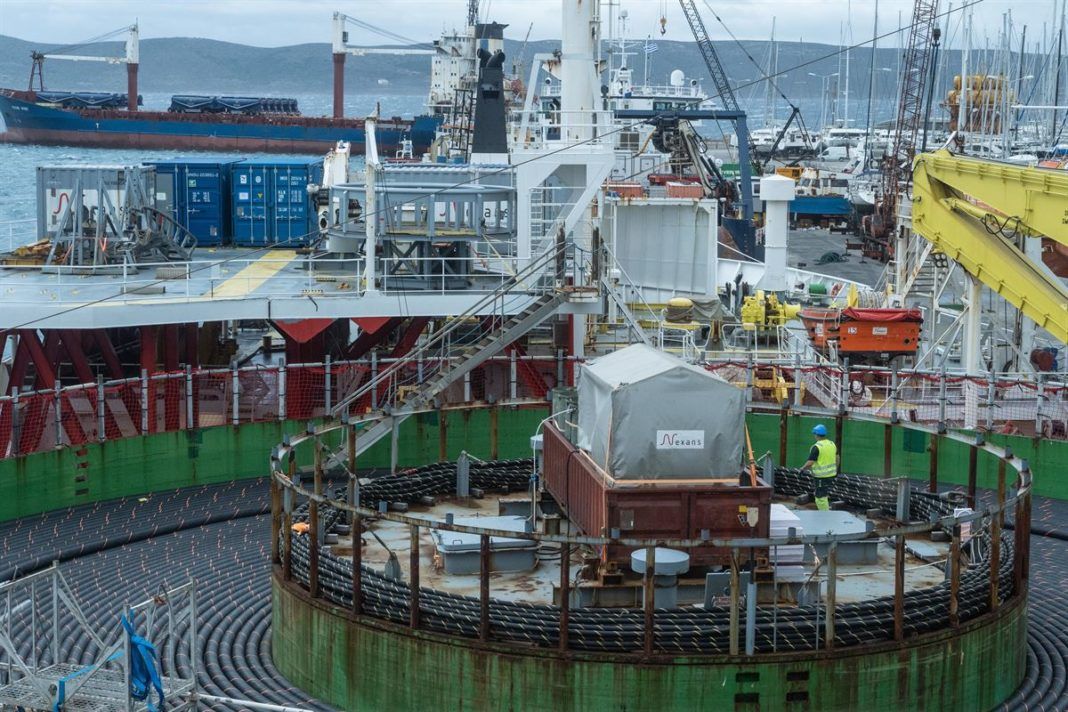 Start of construction of an underwater electricity connection Lavrion – Syros

schedule, to be completed in the fourth quarter of 2020, advancing the implementation of the Third Phase of Electricity Interconnection of Cyclades by the Independent Transmission Operator Electricity……..

By installing the second submersible AC cable 150kV in lauryl Syrian portion, guaranteed reliable and economical electricity islands of Syros, Paros, Naxos and Mykonos. Furthermore, doubles the power transfer capability to and from the islands of the Cyclades, which sets the stage for higher penetration of RES in the National System. The total project budget, co-funded by European and national resources, amounts to 111 million. euro.

On Wednesday 4 December, representatives of the Administrations of ITSO and NEXANS, which is the contractor, visited the special ship performs the laying work in Lavrion. The setting of the first portion of the underwater cable (28 km), will be completed within the next few days, while the second portion (80 km) will pontistei within a quarter 2020 the contractor.

Mr.. Manos Manoussakis, President and CEO of ITSO stated: "The Administrator shall implement the electrical connections of the islands in accordance with its commitments. The Phase III Cyclades Interconnection is accelerate by two years, ensures uninterrupted supply of Cyclades even in cases -programmed or not- the shutdown of any existing links ".

Ms. Ragnhild Cats Country, CEO of Nexans Norway reported on: "We are very pleased to continue our collaboration with our good partner, the ITSO. We are committed to the timely completion of the Third Interconnection of Cyclades that is very important work ". 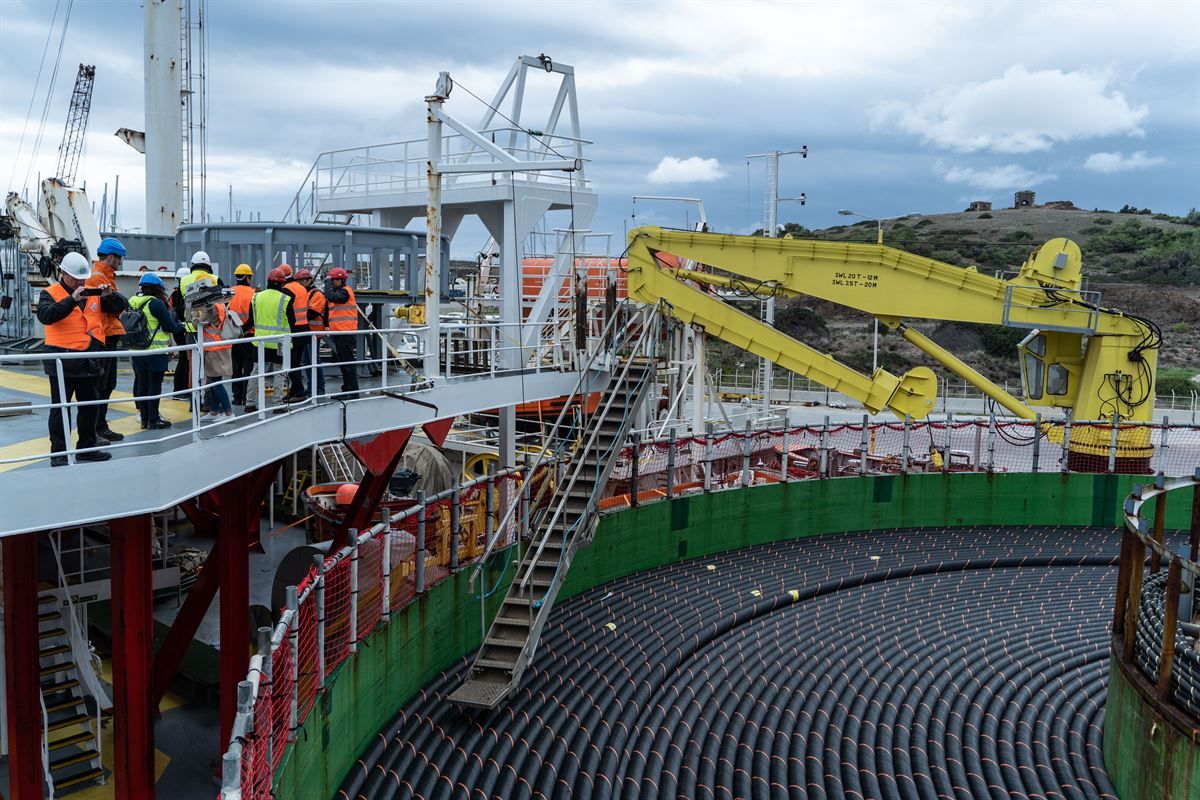 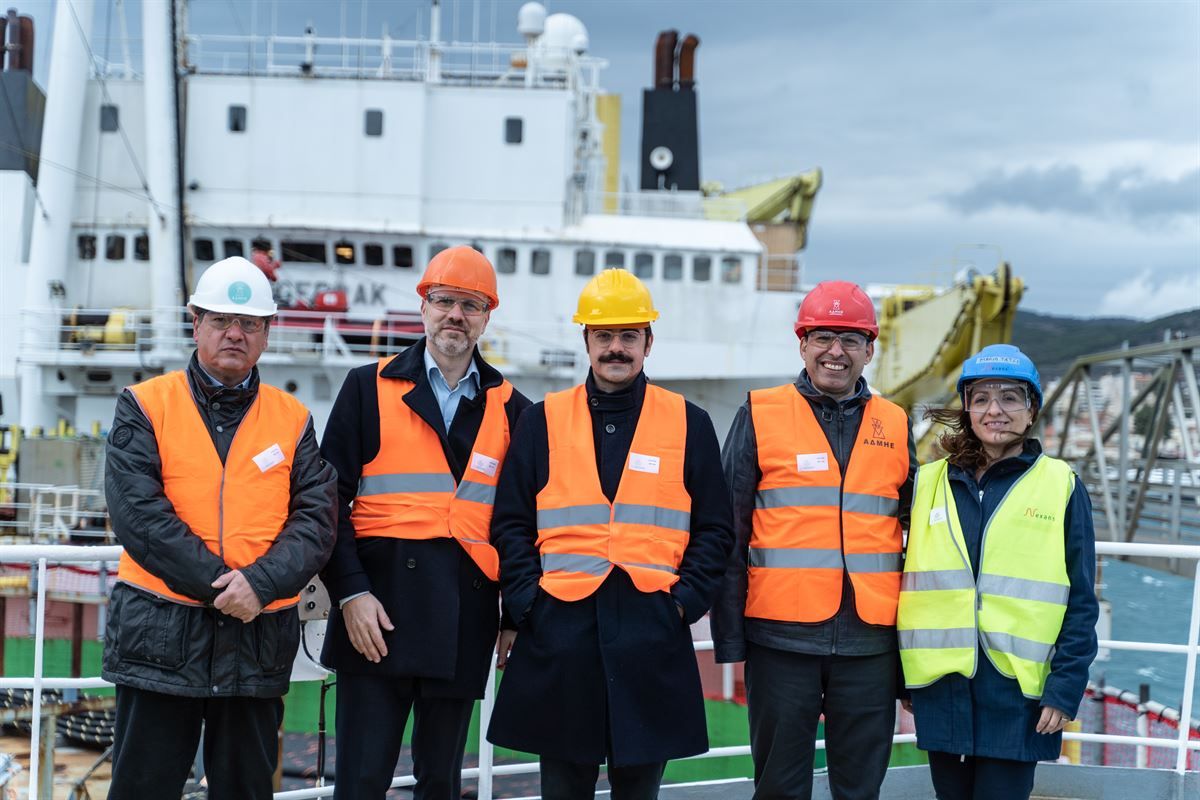 Reopening of schools – Sarigiannis: Gymnasiums and Lyceums should not be open until the end of the year, except for the C Lyceum!

Weather Forecast: The weather is making fun of us!! Summer in Greece at the weekend, snowstorm in Europe!!

Coronavirus Pantemic: The equation for opening schools and the market is a puzzle!! Difficult months February and March!! Forget Halloween!!

Hellenic Seaplanes: Aim our seaplanes, to take off next tourist season!!

Reopening of schools – Sarigiannis: Gymnasiums and Lyceums should not be open until the end of the year, except for the C Lyceum!