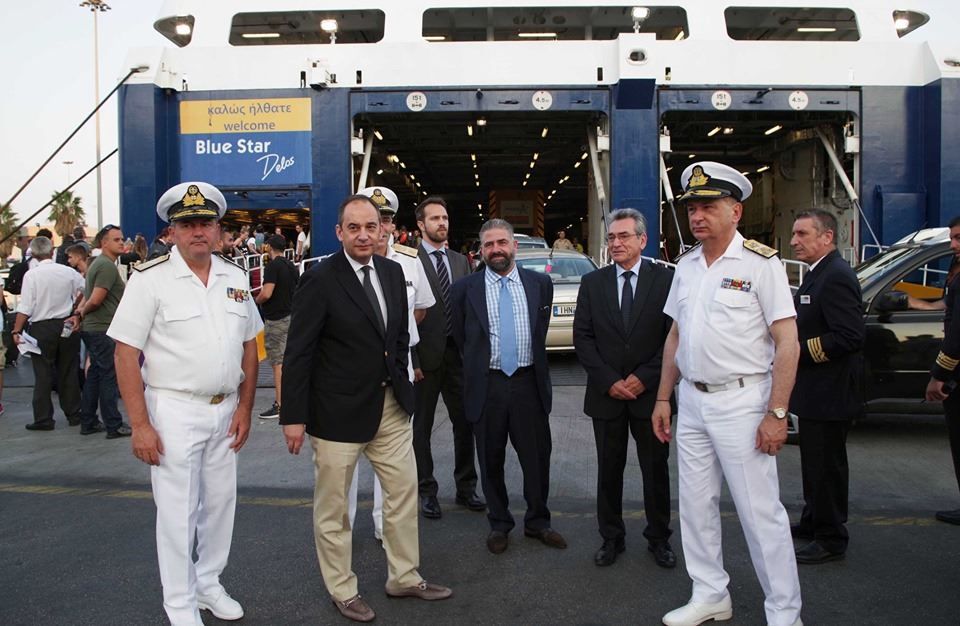 Mr.. John Plakiotakis referring to exit stressed : "The aim of the women and men of the Coast Guard, and ship crews, according to the design that we draw, It is to evolve the departure and boarding smoothly so everyone arrive safely and comfortably to their destination ".

"I want to congratulate", he continued, "Officers of the Coast Guard for the enormous efforts made in this period and passengers ask the cooperation and have good travel," he added.
With regard to the increased traffic on this port due to the works carried out and necessary.
"He needs", he said, "Some patience by all of us because when they complete certain infrastructure access to the port will become easier".