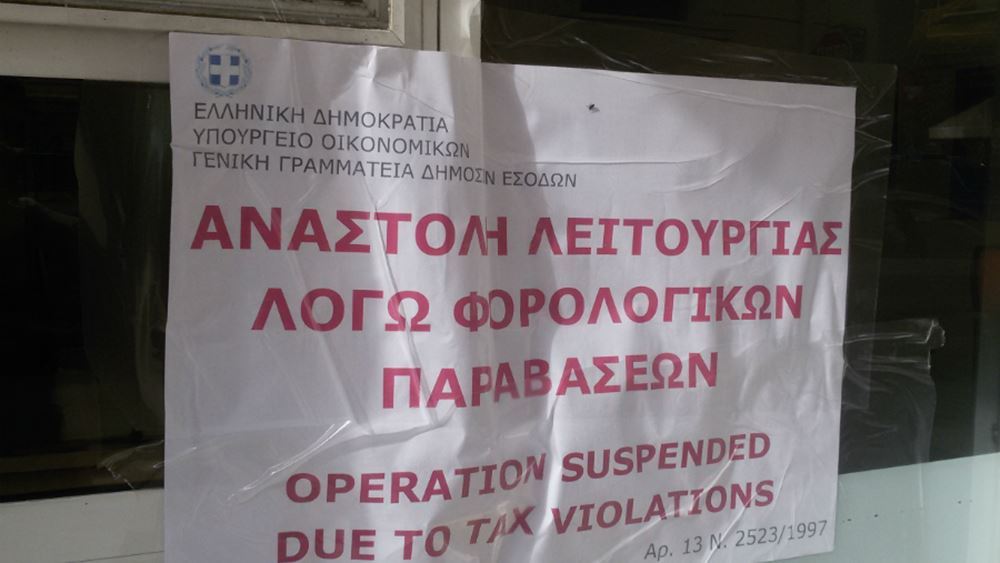 Episode in Mykonos bar and auditor of the Principle of authorization for private security, with the assistance of the police in “padlock”

The padlock will last four days because the owner was a recidivist because previous infringement…….

The auditors noted the failure to issue receipts totaling nine 752 euro, but as the business was recurrent and one month ago suspended the functioning of 48 hours, this time the "padlock" will be for four days.

Nevertheless, as the auditors drew up the relevant findings note, surrounded by security personnel of the bar which did not allow them to effect service and forced to leave.

The commander of the Principle of authorization George splashes informed the Minister of Citizen Protection Michalis Chrisochoïdis and leader of ELAS, who ordered the immediate assistance of the police.

So, note the findings and the decision Sleep thyrokollithikan jointly by inspectors and police.

The bar will be closed from next Monday, as the owner, because it is recidivist, He has two days deadline for the submission of potential complaints and objections.

Noted that "padlock" for 48 hours for tax offenses has in recent days and in two other well-known bar in the "island of winds".

New "padlock" in the bar at Gaidouronisi

Yesterday, Moreover, echelon of the Principle of authorization carried out unannounced inspection at beach bar on the island Golden Lasithi (Gaidouronisi) south of Crete and found the non-issuance of tens evidence.

He joined "padlock" for 48 hours, although the operator was a recidivist for "monkey" evidence and uninsured workers. Nevertheless, reopened this year with another name and another TIN, and it was not possible to impose a higher penalty.

Special: The World Health Organization declared a pandemic for coronavirus

New alert declared by the World Health Organization for the new coronavirus, making first reason for pandemic. The crisis of coronavirus is now ...
Read more

Koronoios: The government's measures to support businesses and workers – Permits for parents, telecommuting and bonuses

After offs of Health and Education Ministries, which among others include the 'padlock' in schools, universities and schools for 14 at least...
Read more

coronavirus: finally canceled the student and military parades on 25 March

With the aim of limiting the dispersion coronavirus the government decided to cancel the student and military parade on 25 March, after the ...
Read more

The measures adopted for the coronavirus concerning the daily life of citizens announced by government spokesman. What exactly will happen to ...
Read more
Previous article Facebook's next target, read our minds and profiting from the information taken from him
Next article The Brotherhood upstream Mykonos invites you to participate in the events "Anomeritis", 17 -21 August 2019
Share
Facebook
Twitter
Pinterest
WhatsApp
Linkedin
ReddIt
Viber
VK
Tumblr
Telegram
Mix
Digg
LINE
Email
Print