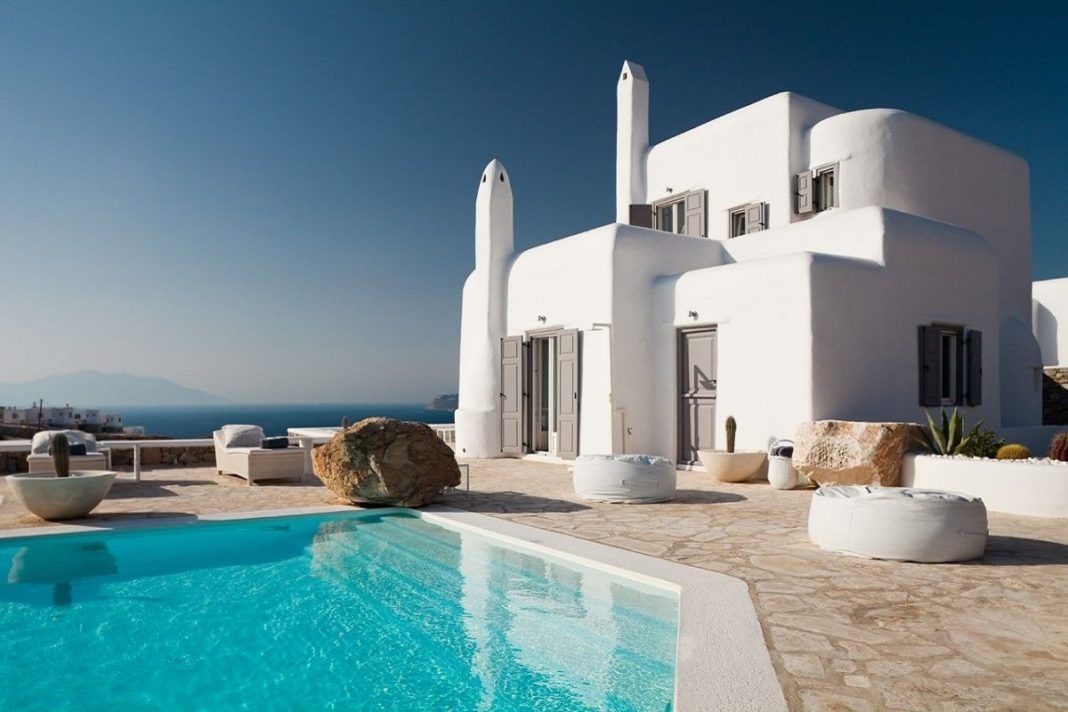 115 billion. euro within 10 years can win Greece by location cottage areas and the building will follow.

The real estate market after 10 consecutive years of continuous recession, record upward trends, according to data from the Bank of Greece 2018 They flowed into the country in total funds amounting 1,35 billion. euro for real estate purchases by foreign investors.

The increase 172,1 % compared to 2017 mainly due to the economic phenomenon of sharing economy - short-term lease approached foreign SMB and home market investors investors targeted mainly in apartments in downtown Athens, in the southern suburbs and in popular tourist destinations in the country.

Prospects holding compartments through short-term hiring platforms, depending on the popularity of the "golden visa" for issuing residence permits by investing at least 250.000 euros for the property market and the continued growth of tourism are the reason for the large increase.

According to the Land Registry in Athens 2018 real estate transactions increased by 59 % compared to 2017, transactions in which the largest percentage of related retail buyers apartments aimed at direct operation via short-term leases.

Despite the positive results, our country fails to respect the cottages, the largest proportion of foreign investors only know the popular destinations like Mykonos, Santorini etc., destinations mostly buying holiday home is an asset for a few, because the cost often exceeds 2.500 € - 3.000 € / square meter, while there are few cases even touches and 10.000 € / sqm if it is luxurious construction.

It is worth mentioning that the cottage France invest 2% of tourists every year, while Spain sells 350.000-400.000 cottages each time corresponding to the same rate as the France-based tourists of.

In European «hotspot» should drive the market vacation home in Greece

Our country has all the prerequisites to become the European «hotspot» and to address solo Europeans and not wishing to have a holiday home in Greece, There are many tourist destinations in the country that foreigners do not know them , destinations by the sea and / or in ski resorts acquisition costs cottage 80sqm-100sqm not exceed 100.000 € -120.000 €.

Greece can reach all the financial budgets of Europe and to give life to pristine areas with archaeological sites, history and culture that today really need the development of tourism and revenue from the tourist industry. Areas the unemployment rate is increasing and the young migrate both within the country and abroad.

The company with the code "Cottage" can participate in the Greek economy 115 billion. euro within 10 years, if we calculate that 0,5 % per year and not 2 % applicable in developed countries in Europe, tourists invest in cottage country amounts 100.000 € -120.000 €.

The property market would count 115.000 cottages retail sales per year in areas other popular destinations outside investors aimed at "golden visa" for issuing residence permits by investing at least 250.000 euro property. The benefits for the Greek economy will be through multiple direct and indirect taxes.

Simultaneously rebuilding the areas concerned will give impetus to more than 3.000 occupations related to construction, and will be a helper of new infrastructure and new business.

The economic cycle will change and the regions will gain strong primary economy in practice.

The responsible government officials in collaboration with the Regions, Municipalities and market executives, can choose areas throughout Greece able to raise such plans so organized building cottages and promotion - enhancement of the already existing country houses today are in unclaimed.

The government today with the new development bill of the Ministry of Development creates the Digital Land Bank essentially solves cases listed buildings or other charges on the exploitation of private property as it provides the possibility of transferring building coefficient "reception areas", areas that may be unpopular Destinations .

Alongside, through the tax bill given incentives in the real estate and construction with tax discounts 40%-50% expenditure made by homeowners for energy, aesthetic and functional upgrade of buildings, inhibition VAT 24 % the transfer of newly built properties with simultaneous inhibition of goodwill tax transfers combined with the drastic reduction of the documentation necessary for the preparation of transfer contracts.

All the above, under newmoney, They are positive development incentives of the Government, but you must consider the business with the code "Cottage" which requires the direct involvement of relevant ministries with market managers for targeted promotion - emergence of new areas of our country today there are popular destinations for foreigners but have the infrastructure to constitute the European «hotspot» country house.