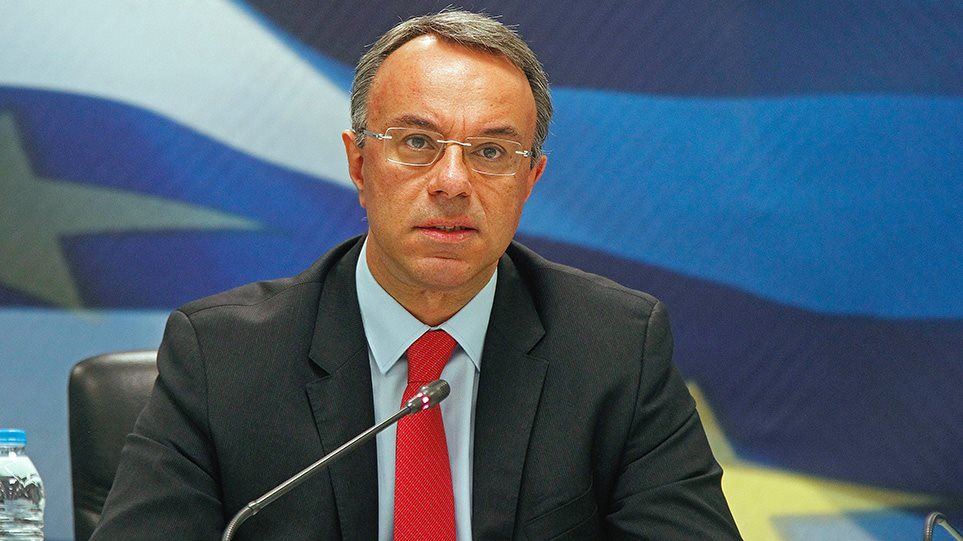 Financial support for businesses – Staikouras: Returnable 6 - "The state will pay as needed"

"The state will continue to pay as much as it needs," he assured, Christos Staikouras speaking to SKAI, referring to companies affected by the pandemic, households and public health. Moreover, as announced, from today Monday will begin to be credited to the accounts of landlords with reduced rents 50% to the owners for the month of November………

"The state will continue to be close to entrepreneurship, in small and medium business. We have the ability, the cash is 32 billion. euros "he stressed.

particularly, The Minister of Finance stated that "next month we plan the 6th Refundable Advance. In March it will cover January and February ".

As Mr. Staikouras, Affected companies can put a piece of their staff, as much as they appreciate, in a special management regime, ie the state reimburses their earnings, while there are other relief provisions.

For tax and insurance obligations, The minister clarified that "we have given the possibility of an extension for April 2021 and we had said that the amount would not be deposited immediately, but will be in interest-free or interest-bearing installments depending on the time period ".

For property owners he clarified that by the end of December they were done 263.000 set-offs. "It simply came to our notice then 80.000 cases that did not occur due to errors or rejection of applications by October. In November and December we did another procedure to help the state come to a reduced rent to compensate with the 50% of the amount tax free ". "The November payment will start today, and goal is up 15 February to close in December. January and February the beneficiaries will get it 80%, while the other 20% is tax free. We expect to cover January by the end of February ".

For the 5th Return, he explained that he opens the store that opens today in retail and will not pay any rent in January and February. "In terms of liquidity, we have until the morning 653.622 applications for Returnable 5 "announced. "The fact that an application has been made does not necessarily mean that someone is also a beneficiary". "Towards the middle of next week we aspire to have a disbursement of resources 1,5 billion. euro, this amount together with the other Refunds is added to 7 billion. euros, "he said.

"Companies that do not work for many months get a bigger amount of money. The JMC stipulates that the full amount will not be refunded by the company if it has not stood on its own two feet. ".

He also announced that by the end of the month the payment of the new heating allowance will begin, which for the first time will subsidize not only the purchase of oil and natural gas and LPG, but also the purchase of firewood.. With the closure of the relevant platform of AADE last Friday, a total of 692.879 Citizens' applications for benefits.

Retail
Regarding the opening of retail, he noted that the fewer restrictions the economy operates, the better for the economy and society.. "This must be done safely, individual responsibility is required and I believe that we will all show it," the minister clarified.. "I am moderately optimistic that this first step today will go well and many more will follow., "to gradually return to normalcy," he stressed.

Forest maps in Cyclades: What is the deadline for submitting objections to the Forest Maps of the Cyclades [Document]

Previous article Public Sector Recruitment: New recruitment system in the State and in the Local Authorities. [GG]
Next article Digital COVID-19 vaccine passport: There will be no bans on visits to our country!! Vaccination will not be a prerequisite!!
Share
Facebook
Twitter
Pinterest
WhatsApp
Linkedin
ReddIt
Viber
VK
Tumblr
Telegram
Mix
Digg
LINE
Email
Print

EC President – Digital Green Certificate: At 17 March the adoption of the proposal for the "Green Digital Certificate"