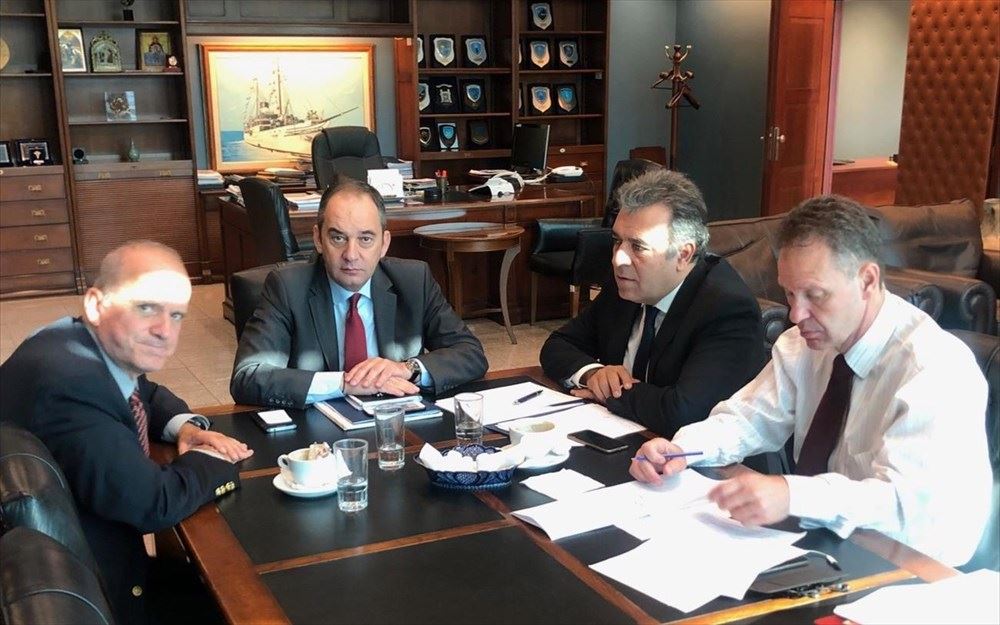 C. Plakiotakis: Redesign of unprofitable lines and corrective interventions in the institutional framework of the cruise

The Tourism minister and secretary general, They raised the issue of redesigning the map of unprofitable routes based on the real needs that exist.
The Marine and Island Policy Ministry has already proceeded to budget increase for arid lines of the 90 from. euros in 130 from. euro.

This will help to create better conditions of service for citizens and for tavoid ferry connection of small islands.
Also discussed the possibility Karpathos ferry connections and Kasos Crete, as entered and the ferry link Thessaloniki and the islands of the North Aegean and the Dodecanese.

The leadership of the Tourism Ministry discussed with Mr.. Plakiotakis and issues associated with cruise. Common belief of both sides are the implementation of the program commitment of the New Republic for upgrading port infrastructure and services for the cruise.

As emphasized in Marine and Island Policy Ministry will proceed corrective interventions in the institutional framework for the provision of port facilities in cruise management companies in the major ports are destinations and are operating prospects as home port.