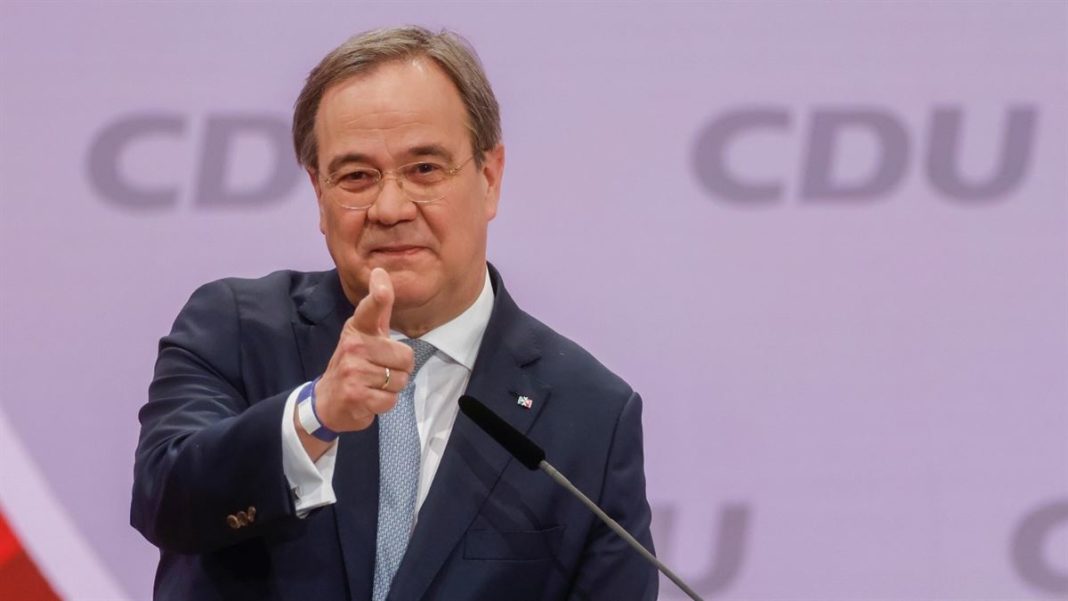 The Frankfurter Allgemeine Zeitung describes the victory of Armin Lasset in the battle for the leadership of the Christian Democratic Party as a "victory of the discredited establishment" (CDU), while Spiegel describes the winner as the "eternally underrated" candidate who always manages to stay upright. What is certain is that Mr.. Lassett continues to add titles to his resume. But it will also include that of the Chancellor;……….

Armin Lasset presented at the CDU conference as Angela Merkel's "natural successor" and guarantor of her legacy. "Confidence", was the word he used repeatedly, reassuring, demonstrated, most delegates that the party will remain in the center, policies will not be overturned and people will certainly remain "familiar".

His election to the leadership of the CDU is definitely a victory of the "center", for which the outgoing Chancellor worked consistently, but also the triumph of party mechanisms. It is typical that several of them 1.001 delegates and voters did not have, as it appeared, no willingness to take into account the polls that brought Mr.. Lasset last to the liking of the citizens.

Even Angela Merkel, she seems to have preferred "her" man –regardless of whether in the last year he disagreed with her on everything– from a guy like Friedrich Mertz who wanted to change everything.

The Prime Minister of North Rhine-Westphalia – Westphalia was for years in the shadow of Mrs Merkel, from which it came out, both advocating for more relaxed pandemic containment measures and adopting a more cautious approach to climate change policies. He was an ardent supporter of the Chancellor's refugee policy, but the 2017 His election campaign focused on internal security and asylum abuse.

Older, when he was still Minister of Integration in North Rhine – Westphalia had "won" the nicknames "Turkish-Armin" and "Armin Pasha", because of his liberal attitude towards immigrants, while the 2014 was severely criticized in Germany, when via Twitter, addressed then-Secretary of State John Kerry, accusing America of backing "Islamic State" and "Al Nusra" against President Assad in Syria.

As a former journalist, Member of Parliament, MEP, Minister of State and now Prime Minister of the most populous state in Germany, Mr.. Lassett boasts that he has only made friends. What is certain is that he has gained at least significant influence in the organization of the Christian Democrats in his area., which is represented at the conference by 300 from the 1.001 delegates. His opponents described him as a "zigzag candidate", due to frequent palpitations, which, after all, had cost him the last in polling percentages, but they failed to deprive him of the party leadership.

His views on Germany's major issues, the transition to the digital age, climate change, international trade competition, have hitherto been dictated by purely localistic criteria. indicative, resisted the Chancellor's policy of de-lignification, precisely because the interests of his area were different, while often reiterating that "climate policies should not lead the economy to suffocation".

After the election of the new leader of the CDU, the next question mark concerns the Chancellery. Angela Merkel is ready to leave politics, "Dismantling" her party after 16 years will have to look for a candidate for Chancellor, in the run-up to the September 26 federal elections. "None of the three candidate leaders of the CDU" will be a candidate for Chancellor, estimates political analyst Albert von Luke, who had also predicted for Northern television that Mr.. Lassett would win the internal party battle, as it was, as he said, a good solution – bridge, which would guarantee the unity of the party, but he is too weak to become Chancellor.

Actually, although he has long management experience, the new CDU leader does not seem to be doing well with public opinion, while lately he has received strong criticism for his policy on the pandemic. Friedrich Mertz, on the other hand, estimates the same analyst, is polarizing and awakens all the reflexes of the centrist Christian Democrats. "It could possibly bring a couple of points from the far right, but he would risk losing much more than the center ", notes Mr.. von Luke.

So the battle for the candidate –and probably next– Chancellery is typically open. Until now, there has been a perception that Health Minister Jens Spann was also "present" in this battle., who came down to the conference as a "team" with Armin Lasset. Problems with vaccines, however, some awkward internal party moves and yesterday's "foul" have probably cut his ambitions.

Before the vote and while the three candidate leaders were receiving questions from the delegates, asked the floor Mr.. Span, who instead of asking a question preferred to present the virtues of ‘Armin Lasset and the reasons why it had to be voted. His move has bothered many of the delegates and is already costing him: was elected last in the party presidency, while at least the Sueddeutsche Zeitung, Welt and Spiegel rank him among yesterday's losers.

The same time, the most popular politician for the Chancellery, has not yet formally expressed interest. The Prime Minister of Bavaria and Leader of the CDU brother party, of the Christian Social Union (CSU) Markus Center has left all possibilities open and probably enjoys reading the polls. Decisions will be made at the end of March and the main criterion of the two parties will be, what else; Who can bring to the Christian Union (CDU / CSU) the highest percentages, in the first election without Angela Merkel.