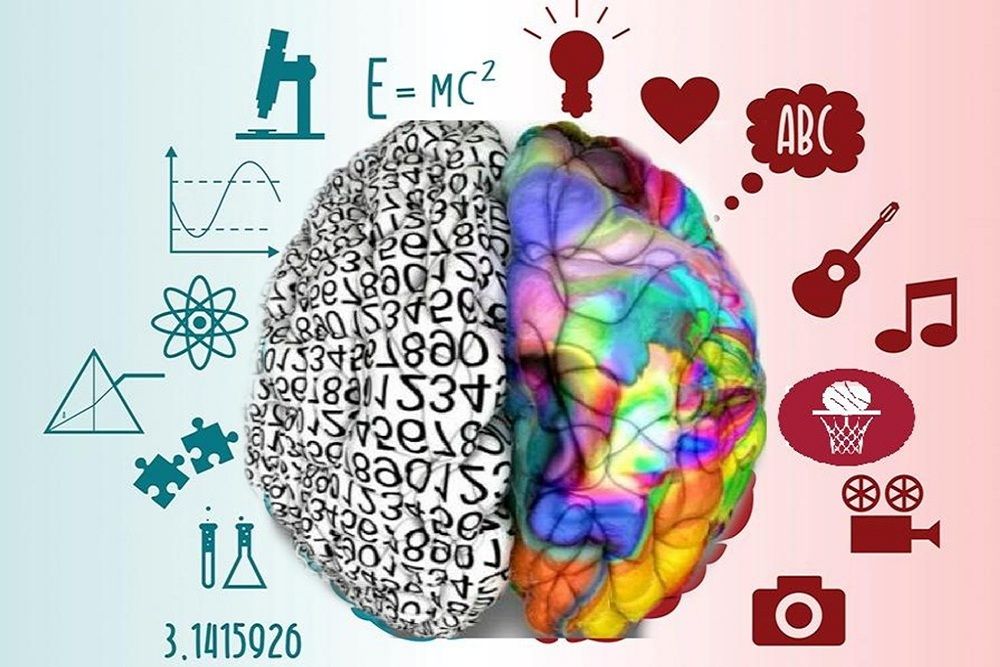 Why train children as if they have just left brain hemisphere;

Mykonos TickerLeading news source for Mykonos and the Region
Mykonos Tciker Health Parents & Kids
Improving emotional competence of children does not seem to hold a prominent place in our educational system…..

According to scientists who study the operation of the human brain is divided into two hemispheres but who constantly communicate with each other:

We humans have used to give another name to the right hemisphere of the brain is responsible for our emotions: call "heart".

I wonder whether eventually train children forgetting that have "heart" that thirsts not for knowledge and information but about emotions;

Truth be told, our education system has such a targeting to offer children almost exclusively academic education.

That is the purpose of conveying information and knowledge important -omologoumenos- to the children.

This is evident nature of education.

But what about the unseen nature of, the feelings;

Obviously we did not realize that learning does not occur regardless of the child's feelings.

The feeling is the signal projected into and from the human brain entraining with it the bound to that knowledge or information.

But this text is not intended to deal with the value of emotions in cognitive learning process, but with the very education of emotional competence of children or, as otherwise customary called, with their emotional intelligence.

The big question is whether the emotional intelligence can be taught;

The school is the place to cultivate the feelings of children;

Improving emotional competence of children does not seem to hold a prominent place in our educational system. Almost ignored and it is impressive when you consider that the role of the school is not only to provide knowledge but to shape attitudes, socialize and provide holistic maturity in children.

Let us ask ourselves what example may seem more useful in the life of an adult:

To know how to solve difficult mathematical problems, expressing a natural law or may control his anger, impulses of, be sociable and be able to earn the trust of others;

So the big question is the value of emotional skills since it is taken for granted but whether they can be grown and whether the appropriate place to do so is the school;

The answer is that not only the emotional skills can be cultivated and that, especially nowadays, the main space required which will be held this to be the school.

Do not forget that the emotional development of children occurs primarily during childhood and adolescence that shaped the personality that the years of available primary and secondary education.

Also not overlook the fact that children and adolescents spend too much of the day at school.

The points a student can inform us about the mental development but did not give us any element in the emotional development.

But a mentally healthy person has to balance the mental development with the emotional.

The concept of emotional intelligence (EQ)

Until then dominated by the concept of intelligence logic IQ (Intelligence Quotient).

EQ Emotional intelligence refers to the ability to understand emotions, both his own and that of others, and to handle them effectively.

The EQ is the most qualitative indicator of relations with others.

Also the EQ is acquired and cultivated throughout the lifetime of a person, main course, as mentioned above, during childhood and adolescence.

The logic IQ intelligence refers only to the cognitive and numerical skills of the individual.

Is predetermined by the birth of the individual and its development reaches a certain age, but then stops. The IQ hardly affects relationships with others.

How many times we have not really come across very intelligent people (with high IQ), but they are not doing so well in their interpersonal relationships;

And how many more times we have met people not highly intelligent (with average IQ), but they are doing just fine but the personal and professional lives;

In my opinion it is very aptly what makes the wise people that separates the "smart" from the "awake" and I think it clearly shows the difference of individuals with high IQ of the person with high EQ.

Which school grounds do not sufficiently cultivate emotional skills;

Take the students again. Of course it is too small even to have acquired a sufficient degree of the above characteristics of people with high EQ. The question is whether in schools is growing effort of these features; The answer is categorically, no.

This is due to various reasons:

First of all the curricula are knowledge-intensive, almost not mentioned in the cultivation of the emotional world of children. It's really impressive degradation have in our educational system the visual arts, the dance, theater, the movement, music, the sport. These are considered minor value compared to the academic courses (language, mathematics, physics, Ancient, history…), something troubling as undoubtedly rich 'nutrients' development of emotional intelligence of children.
A typical example is also the experiential actions lesson ADNS (School and Social Life) taught in A 'School and were orientated in exploring and culturing the sentiments. From 2016-2017 this course was considered unnecessary and essentially abolished along with all other classes of experiential activities Gymnasium (a total of six the number). In one sense impressions netting in place of all experiential activities were abolished and taught through the teaching time throughout the school year, we put the vaunted "theme week". Instead ie enrich the Gymnasium giving teaching experiential orientation that had intended to exploit the power of emotions in learning, we designed casual and fragmentary experiential offerings "a week" or "one day".
2) THE Fear of Teachers find themselves in uncharted Waters and the Pressure of Time

Teachers fear-not unreasonably- wander into uncharted waters and beneficial to spend time teaching for cultivating emotional skills escaping the familiar paths of their teaching.
Of course the hesitation is reinforced by the fact that it is obliged to make such a great lesson material that makes them stressful concluding that "no time to lose".
What you may not have thought about is that we need to devote special sessions (talks) culture emotional skills but that this can happen during the course, as part of the course whenever an opportunity presents itself.
For example, if during the course created some tension among students (fact very common) then the teacher usually tries to directly eliminate the tension by taking an occasional disciplinary measures (reproach, hourly elimination, sends students to the principal's office). But so lost a great opportunity to cultivate the emotional skills of the students.
Surely it would be better to start a short discussion on the tension caused that aims to make pupils themselves their mistake, to assume their responsibilities and help them to cultivate one of the most valuable features of emotional intelligence: self-control.
You will say that "but so little was lost lesson". Then I will answer your "yes, but probably won some students'. There is also a secondary benefit of such treatment of the above incident: It is very likely to observe slowly reduce the incidence of such tensions in the classroom.
Let's start from simple things seem that the majority of our students has hardly cultivate.
For example let's help:

Teachers let us not forget that beyond the instructive and educational role have!!

And pedagogical role of catalyst realized by personal relationships with students. When that students feel such trust towards teachers them to "open up" and talk about the concerns and dreams and most importantly when they feel free to show their true colors and not only that himself who said it expects the teachers than to reward them with a good rating. Only with such trust can students develop their humanity and their humanity. Otherwise remain locked within the egocentric and individualistic the "cocoon".

We have got realize the value of feelings;

No other explanation. Rather we completely underestimated that the human brain has developed right hemisphere only by feelings and no knowledge of.

We do not realize that only when the emotional experiences constantly repeated our brain converts arming human neuronal responses with those skills needed to face any problem in life.

If we realize this then we may not have today so many people handle completely misguided and erroneous personal and professional life or people who are emotionally immature and so many people with psychological problems.

Eventually perhaps not so surprising that among these emotionally inadequate people there are many intelligent with high IQ.

Perhaps the impasse people have been much less if we cultivate the right cerebral hemisphere, know what else to say and "heart".

Then for sure it would be to be selected to perform many more things "in our hearts", rather than necessarily. That too, in my humble opinion, It is the secret of mental completeness and balance.

Turkey's aggression and bilateral relations, was the main object of the meeting of the Prime Minister Kyriakos Mitsotakis with the Minister of Foreign Affairs of Russia..
Read more

They were published today in the Government Gazette, the new protection measures for the second pandemic wave, which, among other things, provide for the mandatory use of a mask in ...
Read more
Previous article Aristotle Sarrikostas: The photojournalist who "demolished" the Gateway to the junta propaganda
Next article Signs can shine on the big screen!! Born Hollywood star!!
Share
Facebook
Twitter
Pinterest
WhatsApp
Linkedin
ReddIt
Viber
VK
Tumblr
Telegram
Mix
Digg
LINE
Email
Print

Electricity & Night-time usage: From November 1, the winter schedule for the night stream

Turkish Agression: France calls on the EU to adopt measures against Turkey at the next summit