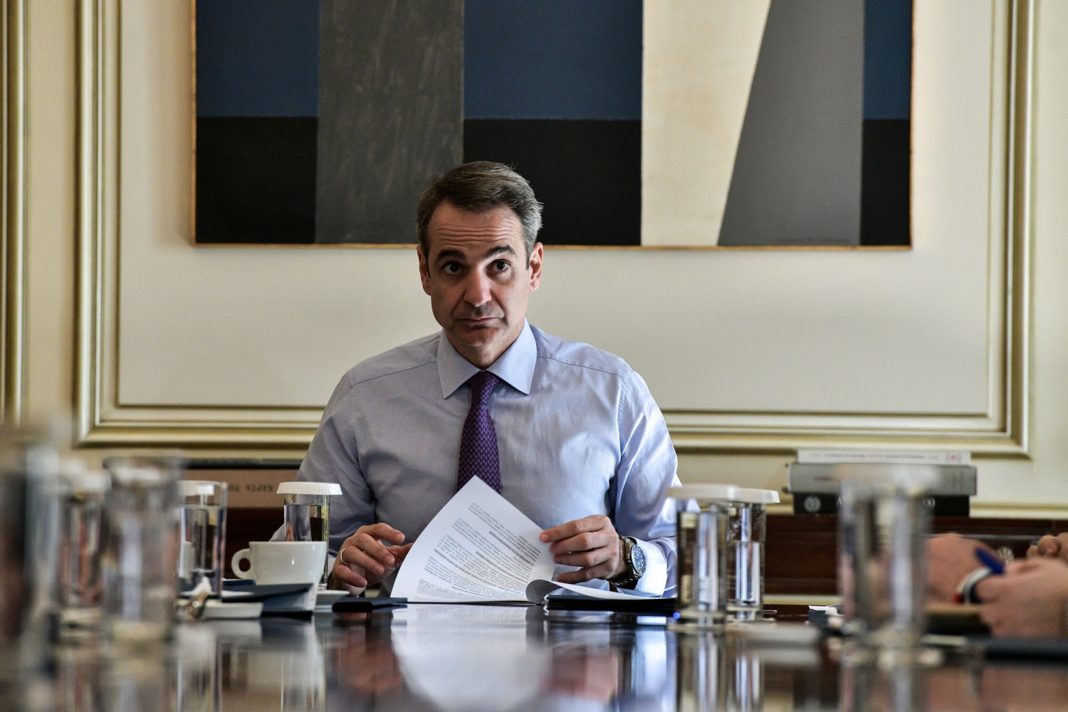 Government Reform: Who is Mitsotakis looking for in Reform?!! What changes is he thinking of making?!!

What "bench" does Maximou have for the new Ministerial!! The "structural" reorganization, the bench and the… complaints!!

The changes in the government are expected to take place by the end of next month at the latest and their political sign will be "centrist and reformist".. The Prime Minister is looking for "people who can do the job". There are people who could strengthen the government, however, thousands of stamps have not been affixed to the party…..

Konstantinos Karamanlis from 1955 until 1980 had an almost permanent cabinet, always chose the same for the same positions.

Kyriakos Mitsotakis, again, it seems that establishes the pattern of center-left touches in a neo-democratic government.
Hence the conversation that has begun - albeit in a whisper - in the political wells on the occasion of the proposal to a former green minister to claim the leadership of the OECD and the impending reshuffle raises a reasonable question.: Does the Prime Minister finally have a bench in his Parliamentary Group or not;
As revealed by in.gr, his interlocutors insist that his second reshuffle will be "structural".
The same, complete, is looking for "people who can do the job".
And, as he has proved so far, does not hesitate to dive into the yearbook of another party - the modernizing PASOK, to be exact - in order to find them.
The information wants the changes in the government to take place by the end of next month at the latest and their political sign to be "centrist and reformist"..
Some even say that executives who have these two political characteristics, that is, they have been naturalized as centrists and reformers, are expected to be placed in important ministerial posts, while predicting that several secretaries-general - a respectable number of whom come from the center-left - will be upgraded.
In other words, the Prime Minister is extremely likely to seek out most of the know-how he wants not within the coalition, but in the wider center-left space.

According to the same source, "Those who complained about Diamantopoulou were just ready to moan, they were looking for the occasion ".

by the way, his criticism of his colleagues is based on cold political realism, because he adds that "some ND MPs have won a seat thanks to the center-left openings of Mitsotakis, after they increased the party's percentages ".

In his analysis, the neo-democrats' annoyance with the center-left transfers, however, has no special basis, μιας και πιστεύει πως «εκείνοι που έχουν πιθανότητες να μπουν σε μια νέα κυβέρνηση από τον δικό μας χώρο θα μπουν» – όσοι, commonly, correspond to the description of the ministries given by the close associates of the Prime Minister.

For ND's political opponents, Mitsotaki's preference for the center-left is explained by the poverty of executives with modernizing parchments in the ruling party.. So when asked to answer the question about the reserves of the Center-Right in view of a reshuffle, claim that the Prime Minister entrusts government duties to politicians or technocrats of the formerly opposite faction because they have the know-how.

when, on the other, the question is asked to some blues - like the above experienced parliamentarian, as well as others who are not worried about their position in government;, they respond without a second thought that there are people in the SW Central Committee who could strengthen the government. People, however, who have not affixed thousands of stamps to the party.
There are three names that most seem to agree on:
of the Member of Parliament Christos Tarantilis, of Serres Tasos Hadjivassiliou and the internationalist Dimitris Kairidis.
The first, appointed professor at the University of Economics Secretary of Strategic Planning and Communication of Piraeus 2017, was a personal choice of Mitsotakis for the renewal of the blue KO.
The second, performing and acting Secretary of International Relations, as reported by the most careful observers, accompanied the Prime Minister to last week's Summit in Brussels.
The third, is best known to the general public thanks to his frequent media presence long before he is elected.
According, sure, with the data that Piraeus had made public after its polls 2019, almost the 40% of the members of the blue KO - 59 deputies - entered the Parliament for the first time.
But if just three such are recognized by several of their colleagues as meeting the Mitsotaki ministerial criteria, the bench is not small;

Nationwide lockdown, until 30 November!! All of Greece turned gray!! Which measures will apply from Saturday, what stays open and what closes!! In...
Read more

New "brake" on the movement of passengers by ship due to the new measures to limit the spread of the coronavirus and the new lockdown. According to reports, αναμένεται...
Read more

This is the travel form for Freelancers, which they need to have with them, during the lockdown. Analytically, the new ...
Read more

Weather Forecast: The temperature drop is noticeable on Saturday!! "Crazy" winds in the Aegean!!

Rains in the eastern mainland and the Central and South Aegean are expected on Saturday 7 November 2020. The temperature will not change significantly. Βόρειοι...
Read more

800-euro benefit: Allowance up to 800 euro – When do payments start? – The whole schedule

The institutional procedure for the submission of responsible declarations for the suspension of employment contracts of employees per reference month, provides for its realization by companies and ...
Read more
Previous article Program of celebrations of National Day "October 28, 1940» Mykonos
Next article Municipality of Syros: Continue to systematically implement all necessary measures against the spread of COVID-19
Share
Facebook
Twitter
Pinterest
WhatsApp
Linkedin
ReddIt
Viber
VK
Tumblr
Telegram
Mix
Digg
LINE
Email
Print

Coronavirus Pandemic-Lockdown: What it takes to avoid recurring lockdowns