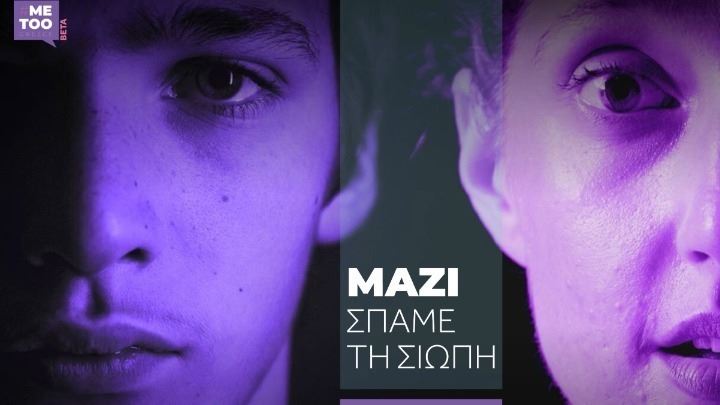 A number of important government initiatives, aimed at preventing violence and abuse, announced the Prime Minister, Kyriakos Mitsotakis in Parliament, during his introduction to the discussion……….. for the quality of Democracy and Public Dialogue. Initiatives, which as announced by Mr.. Mitsotakis "They have a dual purpose: First, to further strengthen our legal arsenal for the just punishment of those guilty of the past and present. But above all to prevent the crimes of the future, creating a framework of security and trust for every citizen ".

The initiatives announced by the Prime Minister have to do with the prevention of such phenomena as well as their more severe punishment. "In this context, Well, the Penal Code is changed. Penalties for offenses against sexual freedom are being tightened. With,what does not concern minors, the limitation period is suspended until the victim comes of age, with new age limits. While specific cases will now be heard as a matter of priority " mentioned during the discussion Kyriakos Mitsotakis.

"A central web portal is also being launched, metoo.gov.gr, where all our information and all our policies around this issue will be gathered. But mainly complaints can be submitted via chat in real time " reported later, announcing the second government initiative on the issue and continued:

"We are enacting - and I think that is extremely important- a special register for all professionals who come into contact with children and adolescents, with strict registration conditions. For example, coaches, camp workers, workers in refugee structures. This register which, all serious countries have conditions for anyone working with children - and obviously I'm not referring to education- should operate in cooperation with the Ministry of Justice, the EL.AS, the police authorities ".

Fourth, as stated by the Prime Minister: "A central structure is being set up at the General Secretariat for Family Policy and Gender Equality for the evaluation but mainly for the out-of-court settlement of this category.. While the contract will soon be ratified in Parliament 190 the International Labor Organization, of the ILO, to eliminate violence and harassment ".

Intervention in the workplace will also be important, as "And, in agreement with the social partners, Mandatory codes of conduct are established in each company, with provisions for conduct and sanctions on those who do not comply. Let me give just one example, Many countries in the world have policies in place, the so-called "open door". A subordinate enters a supervisor's office and the door must be open, for obvious reasons. These are not difficult interventions. These are interventions that in consultation with the social partners we can easily introduce in the way we work, in the workplace. And of course we also establish the possibility of the mandatory availability of the alleged perpetrator with suspension of compensation until the clarification of the specific case. Because in a state governed by the rule of law, no one is guilty until they are convicted by Justice. ".

As the Prime Minister clarified, these interventions, "They are not limited to the private sector. That is why in the disciplinary law and of the civil servants, of NSS doctors, Security Forces, a special disciplinary offense of harassment in the workplace is introduced ".

Closing his reference to government initiatives, Kyriakos Mitsotakis stated that "End, and I consider this very important, we are expanding to all schools now, from September, the sex education program which was piloted this year. Because respect, not only in the opposite sex but also in diversity, must be taught early ".

Previous article PM Mitsotakis: Mr Tsipras, you will finally prove that Tsipras and Polakis are not the same;
Next article Seamen end strike-Ferry Routes: The strike of the seafarers' unions is over!! How the itineraries of the ships are shaped 26-02 from & to Mykonos!!
Share
Facebook
Twitter
Pinterest
WhatsApp
Linkedin
ReddIt
Viber
VK
Tumblr
Telegram
Mix
Digg
LINE
Email
Print