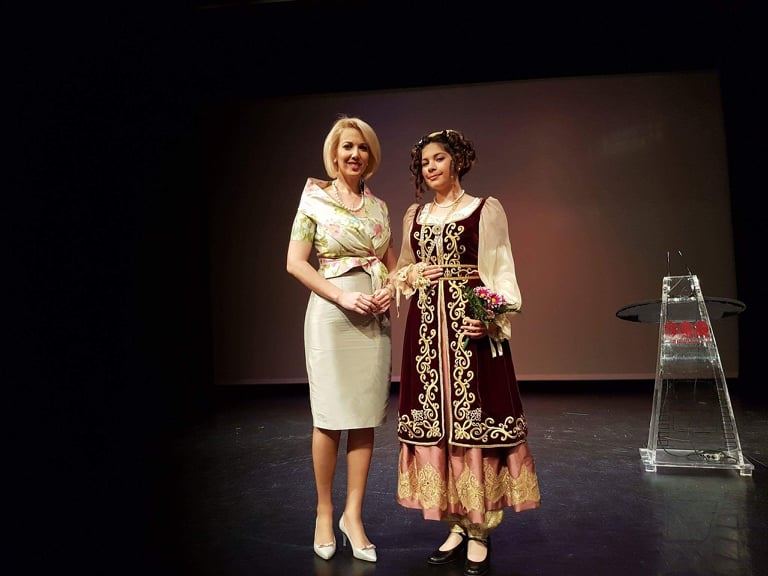 Greek Revolution Bicentenary – Katerina Monogyiou: To the heroes of his revolution 1821 we owe the freedom we enjoy today

To the heroes of his revolution 1821 we owe the freedom we enjoy today.
This year they are completed 200 years since the Greek Revolution 1821. The Greek Revolution was a milestone in the history of modern Hellenism as it resulted in the creation of an independent Greek state after 400 years of slavery by the Turks. It inspired the next generations of Greeks and not only. It was an equally important event in the history of Europe, as thanks to her came changes that have an impact even today…………

The influence of the revolution was such that the Great Powers cooperated and signed treaties showing interest in Greece. , a policy contrary to what was advocated at the time. If the heroes of that time like Kolokotronis, Makrigiannis, Old Patras German , Μπότσαρης , Papaflessas, Athanasios Diakos and many others did not give their lives for freedom, Greece today would not only have a different form in terms of its territories , but the Greeks would be slaves.

To all the heroes of the Revolution we owe the freedom we enjoy today, That is why we must never forget their struggle for their homeland and every year on March 25 to honor them.

One of the most important forms as well of the Greek Revolution was also Manto
Mavrogenous, a woman who was inextricably linked to the Cyclades.
He led the uprising of the inhabitants of Mykonos against the Turks and defying death, became a worthy leader of the Holy Struggle. Her love for the Homeland, its action, her struggle for freedom and the financial support she offered made her name legendary in Greece and abroad.

Let the heroism and sacrifice of the Greeks of that time be an example in
younger generations.

Katerina Monogyiou
Member of Parliament for the Cyclades of New Democracy