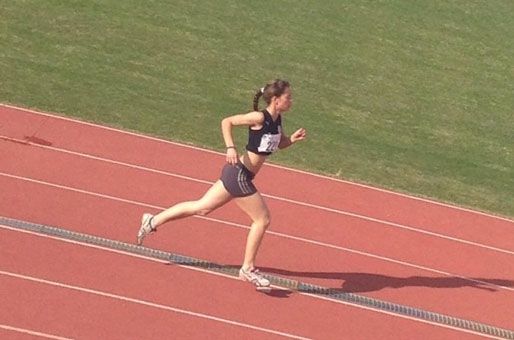 born in 1997, He participated in the club's first games in 2009 and since then he has been involved in many diasyllogikous and Panhellenic Games. The 2011 and 2012 indeed it has been found in eight of the National Games in the event of 2.000 measures pagkorasidon A.

Τα επόμενα χρόνια η Καλλιόπη ως κορασίδα πήρε μέρος κυρίως στα 3.000 measures and the 2015 and after the participation in matches was symbolic. Once the 2017, the previous diasyllogikous Calliope participated in 400 measures but not able to score points.

She was in March, when the club's representative asked her whether it intends to fight in about two months in Open Championships. "Not only will fight," he replied, "but my goal is to catch the high threshold for the national championship," leaving the flabbergasted general secretary who wondered whether Calliope spoke seriously.

The answer was given in diasyllogiko South Aegean championship when he practice what he had dared to murmur two months ago.

Calliope is now a regenerated athlete. Not only is the performance of the 1,500 (the previous record in the distance was 6.01. i.e., about one minute longer) but the fighting spirit of the concept of on sport, the objectives of, the way of believing that the club now has a more high-level athlete and even something out of the womb through the work of Dorothea Kagiouklaki and Peter Dimitsantou. '

The club is particularly pleased with the progress of the renewed Calliope Sykinioti and fully supports the efforts of.

Coronavirus Travel – You're right: Imported cases do not scare us - We will not hesitate to stop tourism

"It simply came to our notice then, since there will be no mock tests on tourists before they come to our country ", said the professor of Infectious Diseases,...
Read more
Breaking News

Statement-Denial of Theodorikakos for "surprise" responsibilities in the Municipalities, in Health Centers and Schools