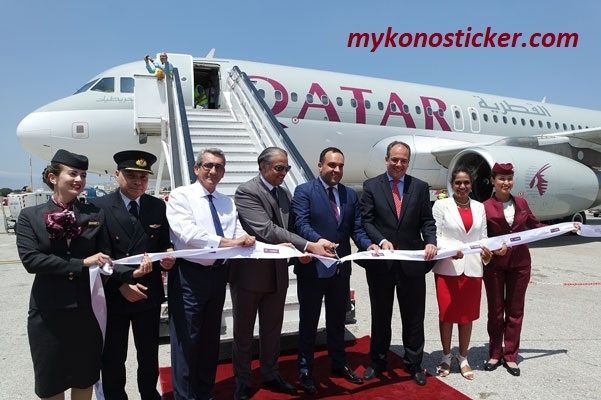 The Qatar Airways today celebrated, in Mykonos Airport, the launch of its new direct flight from Doha, with the first flight to be welcomed with enthusiasm by the attendees. The new seasonal service to the popular island of Greece will operate four flights a week from Doha.

Mykonos is a world famous cosmopolitan island and is a paradise in the heart of the Cyclades. The small island is known for its picturesque and beautiful sandy beaches. During his stay there, the visitor can walk the streets of Chora, enjoy the sunset from the Little Venice, to stay in luxury hotels and swim in the clear waters of the Aegean, while he can also combine their vacation with a visit to Santorini and other islands of the Cyclades.

The CEO of Qatar Airways Group, His Excellency Mr.. Akbar Al Baker, stated: "We are excited to further expand our presence in Greece with our new flights to the beautiful island of Mykonos, just two months after the start of our flights to Thessaloniki. Today's first flight in the popular Mykonos signifies our further development, and strengthening ties between the State of Qatar and Greece.

"We look forward to even further strengthen this relationship, connecting Mykonos with its extensive global network of Qatar Airways and helping to open up and develop these attractive destinations for business and leisure travelers from around the world. "

Mr.. Alexander Zinell, CEO of Fraport Greece, added: «Με μεγάλη χαρά καλωσορίζω την Qatar Airways και το νέο απευθείας δρομολόγιο της από την Ντόχα στη Μύκονο. Residents of Mykonos, who have turned their island into a unique world tourist destination is now accommodating passengers directly from Doha four times a week. This new service airline, which is now our close associate, will associate these beautiful and different worlds and give the opportunity to the travelers to arrive at their destination quickly and with five-star comfort. "

The four new flights a week between Doha and Mykonos will be operated by Airbus A320 aircraft, with 12 positions in Business Class and 132 seats in Economy Class. With the launch of flights to Mykonos, The Qatar Airways will operate a total of 58 weekly flights between Greece and sophisticated Hamad International Airport.

The company has a modern fleet of more than 200 aircraft operating flights from Hamad International Airport in more than 150 destinations worldwide. Earlier in the year, The Qatar Airways unveiled their new destinations will be added to its network for the period 2018-2019, including the Gatwick airport, in London, Tallinn, Estonia, Valletta in Malta, Langkawi in Malaysia, Da Nang, Vietnam, the Bodrum and Antalya in Turkey and Malaga, Spain. 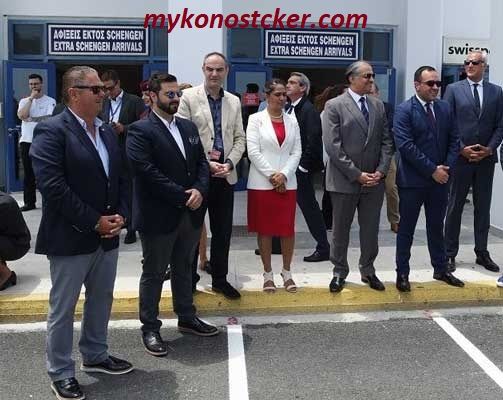 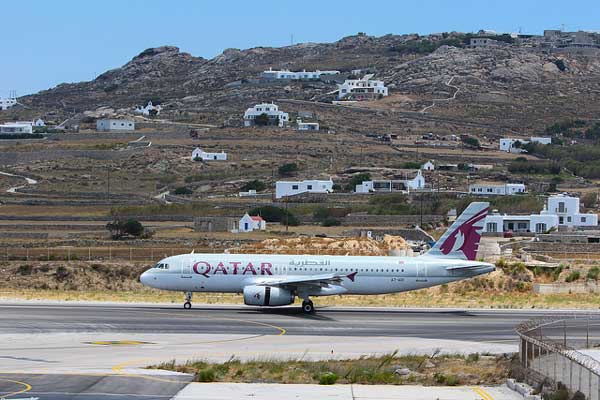 How to travel by taxi and car in the lockdown. The exceptions and what applies to students and teachers ...... Changes from today for ...
Read more
Previous article Observations and recommendations of the South Aegean Region in p / n for waterways, in view of the resolution of the House
Next article At the reception of the first, direct flight of Qatar Airways from Doha to Mykonos airport, attended the Region (pics & vids)
Share
Facebook
Twitter
Pinterest
WhatsApp
Linkedin
ReddIt
Viber
VK
Tumblr
Telegram
Mix
Digg
LINE
Email
Print

Detailed how the courts and prosecutor's offices of the country will function with a Joint Ministerial Decision ...... The conditions of operation of the courts were determined by a joint ministerial decision..
Read more
View more