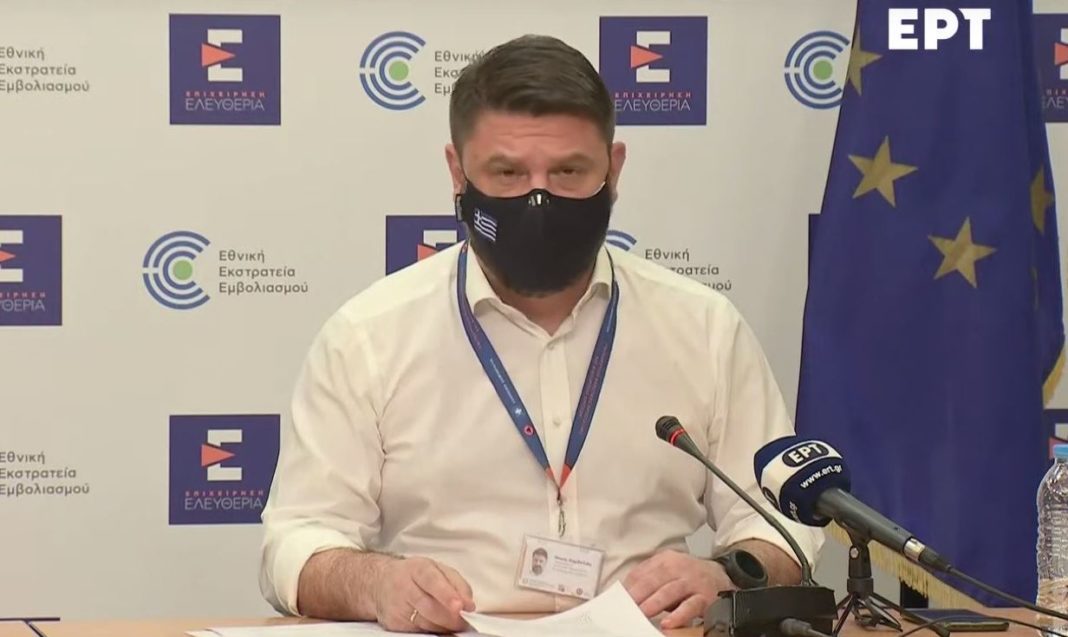 Hard Covid-19 Lockdown: The hard lockdown in Halki of N was inadvertently announced. Dodecanese instead of Halki in Larissa

Maybe during today's update, Deputy Minister of Civil Protection Nikos Hardalias to mention that among the new areas that enter a hard lockdown is the Halki of the Dodecanese, however, the local authorities of the island reveal speaking to newsit.gr that it is… confusion……….

Until a few hours ago the beautiful island of the South Aegean, were considered by the Covid - free destinations, as there was not a single infection from the deadly virus that is spreading in Greece. According to today's announcements, however, about the course of the coronavirus and the additional measures that must be taken, It was announced that Halki is also entering a very high level of risk, as they were located on the island 6 outbreaks.

Specifically, Nikos Hardalias said: "The municipalities of Rhodes and Halki of the Rhodes Regional Unit are included in the level of very increased risk. Rhodes has 124 active cases when on 23 March had just 38, that is, the cases have more than tripled in 10 days, while in Halki there are currently six active cases when up to 24 No case had been identified in March. ".

Halki was… in Larissa

The newsit.gr contacted the Mayor of the island Angelos Fraggakis, who said he was surprised by the decision to include Halki among the areas of the health map with deep red color. As reported Mr.. Frangakis does not appear from any competent body with which he spoke that six cases were identified in Halki. «I talked to the doctor of the island, the hospital and the district and no one told me that cases had been found on the island. We all are 200 individuals if there had been even one case would have been learned. There must have been a mistake " Mr. Fraggakis first told us.

and ended: "I contacted the General Secretariat for Civil Protection and they informed me that they inadvertently announced the hard lockdown in Halki of the Dodecanese Prefecture instead of Halki in Larissa".

Mykonos: Invitation for an Extraordinary Meeting of the Community Council of Ano Mera