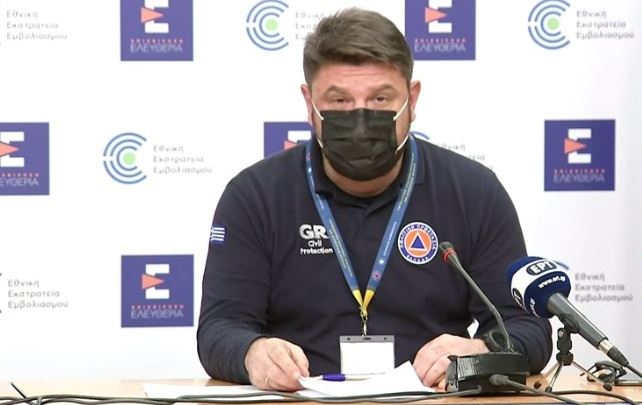 Heightened Measures: In the “Red” Mykonos from Saturday at 6 in the morning – What about the curfew?, schools and shops

At level B.’ “Red”, Mykonos with increased risk 22 outbreaks
Returns from tomorrow at 6 in the morning the Charter of Health Safety and Protection against Covid-19 infection……….
There are two levels of health insurance, level A- surveillance [which is displayed in yellow] and level B.’ – increased risk [which is shown in red and] in which additional restrictive measures apply.

The level of health security of each regional unit is determined by its epidemiological burden.

Epidemiologically affected areas are classified as red, which can be accessed by both Local Communities and Municipal Units, as well as Municipalities, Regional Units and entire Regions if required by the data.

At both levels there are horizontal measures for the whole territory, which are the basis of our effort.

These measures are as follows:

"In the red" areas enters the Regional Unit of Mykonos, following the recommendation of epidemiologists and based on the epidemiological data formed in the last week, which puts additional restrictive measures in place for the region.

In the red", level B., enter from tomorrow at 6 in the morning and the following areas:

Specifically, as announced by the Deputy Minister of Civil Protection and Crisis Management, Nick Chardalias, during the information on the course of the coronavirus pandemic in Greece, from tomorrow Saturday 30 January, at 6 το πρωί έως την Δευτέρα 8 The following measures will enter into force in February :

At this level B’ – increased risk, the following measures will apply:

1. The traffic ban in these areas is valid from 6 in the afternoon until 5 in the morning, except Attica which due to metropolitanism, increased population and the public transport network, the ban applies from 9 night until 5 in the morning.
2. Only the Gymnasiums operate for life (the Lyceums operate with distance education)
3. In places of worship, allowed up to 9 persons during the performance of functions.
4. The operation of stores is done with the click away method and especially the clothing stores, footwear, as well as hairdressers, Grocery stores and bookstores operate under the pre-arranged appointment process (click in a shop).

Heightened Measures: Hard lockdown from tomorrow 30/1 until 8/2 Mykonos!! All the measures and the new map of Greece!!

Energy efficient island – Σκρέκας: Cooperation with French companies for the creation of a climate-neutral Greek island

Previous article After covid vaccination: What are the critical days after the first dose of coronavirus vaccination?!! What the experts say!!
Next article Heightened Measures: Hard lockdown from tomorrow 30/1 until 8/2 Mykonos!! All the measures and the new map of Greece!!
Share
Facebook
Twitter
Pinterest
WhatsApp
Linkedin
ReddIt
Viber
VK
Tumblr
Telegram
Mix
Digg
LINE
Email
Print

Local Goverment – Kontiadis finding for Local Government: Extensive transfer of responsibilities from the Decentralized Administrations to the Regions [The Finding]

SYRIZA leader Alexis Tsipras: Presentation of the SYRIZA Program for the New NSS by Al. Tsipras