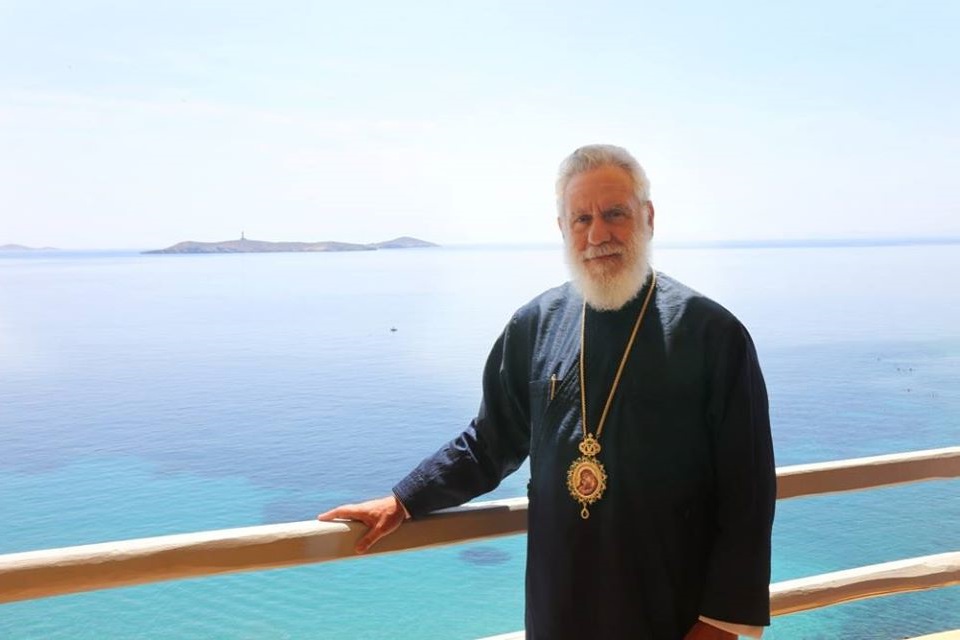 On the occasion of an excerpt and partial reproduction from an ecclesiastical website of the interview given by His Eminence Mr.. Dorotheus II, on the 30th of July at the Radio Station "Athens 9, 84Of the Municipality of Athens and……. to the Journalist Mrs. Stella Papamichael, requested for this, stating that "His Eminence the Metropolitan of Syros - Tinos and Mykonos Dorotheos left open the possibility of closing the churches on August 15 if a relevant JMC is issued", from the Holy Diocese the following are announced:

"We want to hope that the misinterpretation or misunderstanding of what was said by His Excellency Mr.. Dorotheos II in the context of his interview with Mrs. St.. Papamichael was neither intentional nor malicious, as nowhere is it mentioned what he allegedly said, that allegedly "left open the possibility of closing the churches on the 15th of August if a relevant JMC is issued"!!!

instead, His Eminence Mr.. Dorotheos B reported, including the fact of bringing to the Prosecutor on Holy Week the Most Reverend Metropolitan, because in the Holy Temple that was a Sequence there were more than six (6) church members, including an institutional person of the Local Government.

From the Holy Diocese of Syros – Tinos and Mykonos

Probably over the weekend or Monday at the latest, 14 September, ENFIA statements are expected to be posted on Taxisnet. The total amount that ...
Read more
Previous article Coronavirus Measures – Mosialos: We can not stand a second lockdown!! No panic, wear a mask, to prevent it!!
Next article Coronavirus & Ferry Routes: What you need to have with you to travel by boat!! [Documents]
Share
Facebook
Twitter
Pinterest
WhatsApp
Linkedin
ReddIt
Viber
VK
Tumblr
Telegram
Mix
Digg
LINE
Email
Print