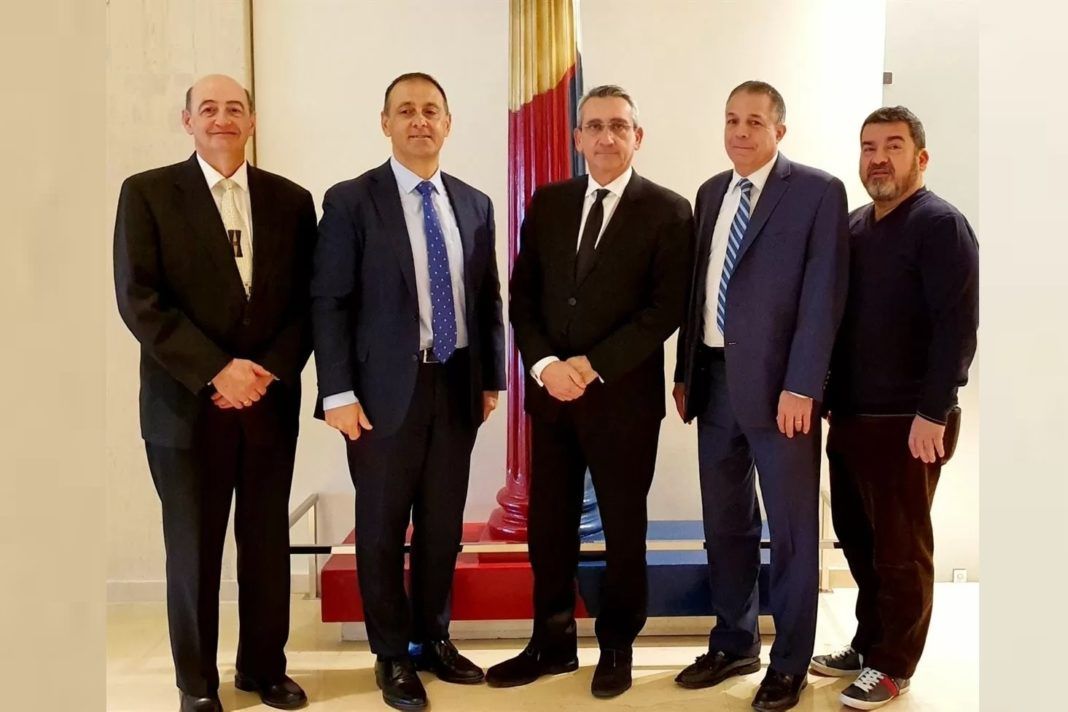 Representatives of PADEE accepted the proposal of G.. Hadjimarcou organize in Rhodes next meeting of the World Interparliamentary Union

The Region of South Aegean, George had Hadjimarkos, this morning in Athens, meeting with a delegation of Greek origin elected MPs in foreign countries, all members of the World Inter-Parliamentary Union of Hellenism (PADEE), vriskonatai that these days in Greece…….

The delegation consisted of Peter Katsabanis, West Australian MP and chairman of PADEE, Leonidas Raptaki, Senator of the State of Rhode Island and US Deputy PADEE, John Pantazopoulos, former Australian Tourism Minister and General Grammateaa PADEE, Stefan Pappas, Senator of the State of Wyoming and US Vangelis Peter Haritatos, Deputy Minister of Agriculture and Water in Zimbabwe.

For this meeting welcomed the Region, George Hadjimarkos and featured expatriates MPs valuable asset for Greece, the struggle waged in favor of our country's position abroad, much more in the current context of the continuing challenges, when the Greeks, where land, It must be united to be able to effectively defend the country's interests.

Mr.. Hadjimarkos invited representatives of PADEE organize in Rhodes next meeting of the World Parliamentary Union of Hellenism, proposal which accepted with great joy.
The meeting will take the first 15thimero next July, the exact date will be decided and will be announced in the coming months.

The World Parliamentary Union of Hellenism (PADEE) is a global organization representing all Greek in origin elected to parliaments of non-Greek-speaking countries.
Created informally in August 1996 in Athens by a delegation of Greek origin MPs elected in non-Greek-speaking countries around the world. Nevertheless, legal status as a union just acquired in June 2005. Then officially founded and took the name "HELLENIC WORLD IPU (PADEE)».
Today it has about 170 seventy members elected to legislatures and parliaments in 24 countries around the world.