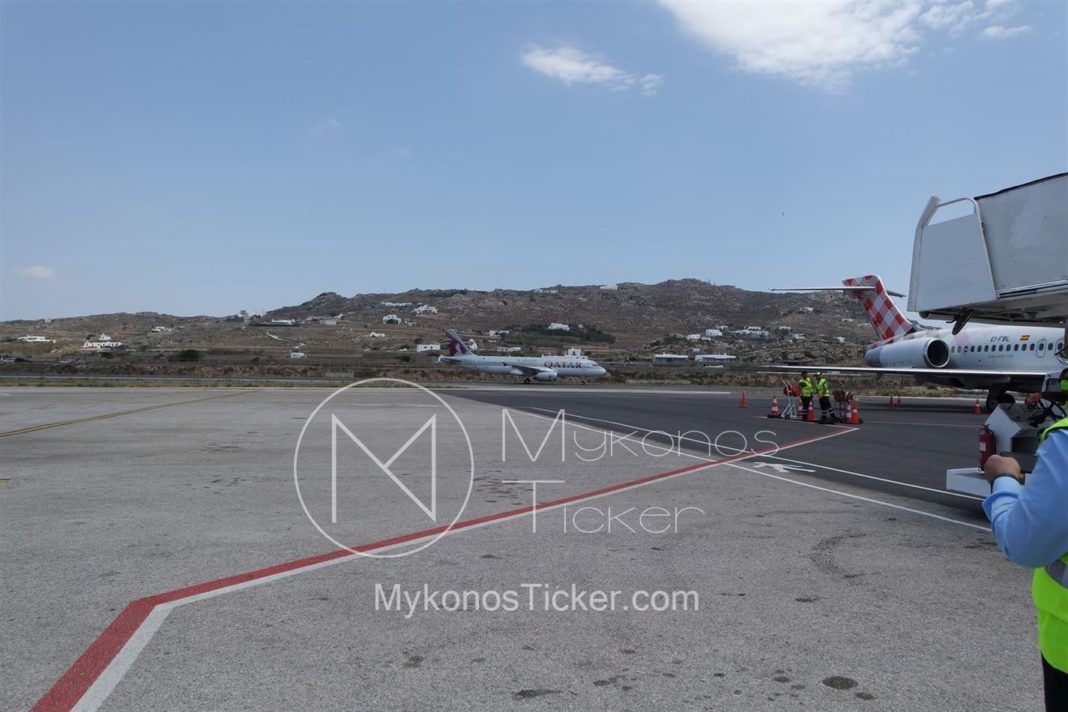 The effects of climate change hinder aircraft in the takeoff

This shows a new study -the first of its kind internationally- held at Greek airports and in which perhaps the airlines required in the future to reduce the number of passengers or their fuel, so that the planes reduce and take off more easily. Alternatively, companies may be forced to curtail their operations, avoiding longer airports with short runways (B.C. in small islands) – which will have consequences on tourism and general.

Researchers from Greece and Britain, led by Professor, Democritus University of Thrace Spyros Rapsomaniki, responsible of the Unit of Environmental and Network Technologies and Applications (PEDITE) the "Athena" Research Center, Professor Paul Williams of the University of Reading and associate professor Guy Graz University of Cranfield, made the notice published in the journal «Climate Change» (Climate change).

Air transport contributes significantly to emissions of "greenhouse gases" and new research shows that, in turn, climate change is already having repercussions on flights, something that will become even more noticeable in the future.

The study focused on data for takeoffs ten Greek airports two types of aircraft, passenger Airbus A320 standard medium, and the smallest Havilland DHC8-400. It was found that the maximum takeoff weight for the Airbus A320 decreased on average by 0,12% from the time 1988 which was launched, until the 2017, while for DHC8-400 the average reduction in the maximum weight that enables takeoff, it was 0,02%. Both aircraft are gaining height less quickly after takeoff, as the years go by.

"Reducing the number of passengers will clearly have a negative impact on the financial results of airlines. Reducing aircraft fuel will limit the distance they can travel. The option to extend the runways to increase the take-off speed, means that some tourist havens will be filled with even more asphalt. No solution is not attractive, but we might have to resort to them in the future, unless climate change is limited ", said Williams.

Airports with shorter runways, in warmer parts of the world or at higher altitudes, where the air is already thinner, most affected. But the consequences could be mitigated by new engine designs or vessel or extension of runways,

25 new confirmed cases of coronavirus cases reported in the last 24 hours in our country , bringing the total cases to 3.511, as announced in writing by ...
Read more
Previous article Saint Valentine: What should you do if you're alone / the;
Next article The Google doodle for the feast of love!! Valentine's Day 2020!!
Share
Facebook
Twitter
Pinterest
WhatsApp
Linkedin
ReddIt
Viber
VK
Tumblr
Telegram
Mix
Digg
LINE
Email
Print

9 new confirmed cases of coronavirus cases reported in the last 24 hours in our country , bringing the total cases to 3.519, as he announced in writing the ....
Read more
Breaking News

Mechanical damage to one of its two machines, presented the passenger ferry "Theologos" south of Karystos, during the execution of its planned ...
Read more
View more