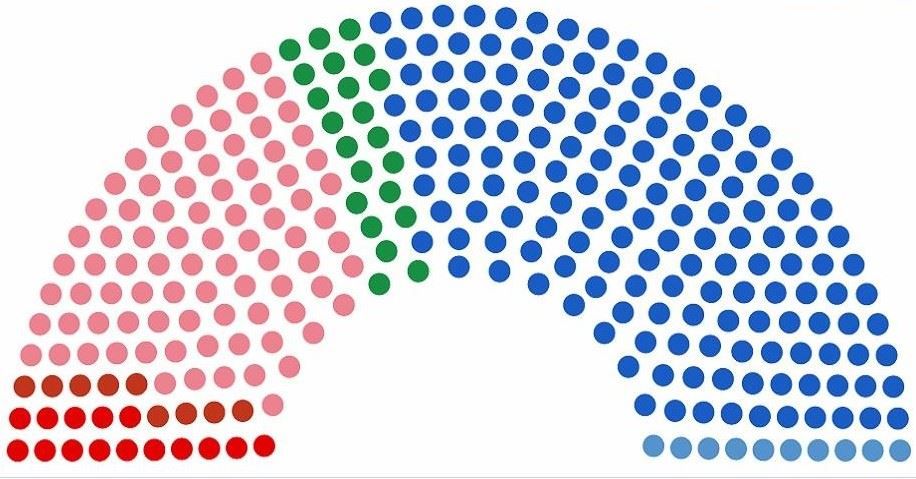 The balances in the new parliament, enhanced analog in the next election and the President of the opposing faction

Followed by the establishment of the Bureau (by LD. to propose to the vice Babis Athanasios, Nikitas Kaklamanis, Thanassis Bouras) and the three-day discussion of the government's policy statements on 20, 21 and 22 July.

The discussion of policy statements will show whether Kyriakos Mitsotakis is intended that the LD. to monopolize the political system or if it is accepted that SYRIZA has 31,6% and no 20%. Besides government policy there are two issues on which there should be broad consensus among the parties: the election of the President of the Republic and the electoral system.

President of the opposing faction

Recent decades have formed an informal tradition: the ruling parties propose President who come from opposing political party. A.. Papandreou 1995 and K. the Simitis 2000 They suggested K.. Stephanopoulos, K.. Karamanlis the 2005 proposed K.. Papoulias, Al. Tsipras the 2015 He proposed the Pr. Pavlopoulos. Thereby virtually created a political equilibrium position and role in the political system, that no faction can not monopolize power and institutions.

The K. Mitsotakis in the program of the government should clarify whether he will continue this policy delivery person proposing to the Presidency of the Republic by progressive party-not even without political importance whether the person selected will be the site of SYRIZA and PASOK, as already requested by fofi gennimata…

Note that under the current, under review, constitution to elect the President of the Republic leading to the proclamation of national elections if not found 180 votes in three ballots. All parties have agreed to have release of the presidential election by the national elections.

Enhanced analog in the next election;

Central to the political system and the electoral law. SYRIZA voted proportional and normally the next national elections will take place with this system. On the other hand, K.. Mitsotakis has said that one of the first bills to be deposited will be the abolition of proportional.

Indeed, in this political project is expected to have synergy and PASOK, as fofi gennimata apetaxe historical position of PASOK in favor of proportional representation and first sided with enhanced. Still not gather the 200 votes required by the constitution to apply the new electoral law for the next elections (SYRIZA has 86 MPs and the KKE, also passed the proportional, he's got 15 MPs).

But here the alliance can work ND. – PASOK and revising the House to repeal the provision of Article 54 Fri.. 1 which states that "the electoral system and electoral districts defined by law in force since after next elections, unless the power is provided directly by the next election by express provision passed by a majority of 2/3 the total number of members ".

The article 54 Fri.. 1 It judged to be revised with 156 votes. therefore need 180 votes to change its content, majority completely marginally have the LD. and PASOK (they have 158 and 22 seats respectively). So the LD. and PASOK are the revision of the constitution to abolish the provision requiring 200 votes to implement an electoral law for the next elections and vote law enhanced analog.

In any case, the self-reliance of LD. (with 158 seats) and the high rate of SYRIZA (with 86 seats) create a new two-party system, replacing the bipolarity of recent years. In the interspace between LD. and SYRIZA seeks to ensure PASOK (of 22 seats) visible with the risk of trapped, given the poor internal party situation.

At the same time there are parties that are right SW. left Syriza will see whether they can influence government policy or Opposition Strategy. While the LD. will the Greek Solution Velopoulos to the "push" to the far right – although in earlier times these places were used for the "pumping" of willing members to LD. And he SYRIZA, except KKE (15 MPs) will have the MeRA25 (9 MPs) pulling it from "left sleeve".

ASE: Of the Parliamentary seats in the dock

Compared to the outgoing House of Parliament will be absent four parties: the river, the Independent Greeks, the Center Union Party and the Golden Dawn. With the vote of the Greek people sent the Nazi construct the hands of justice without it to have the privilege of parliamentary representation (immunity has already lost), while the court prepares for the final judgment.