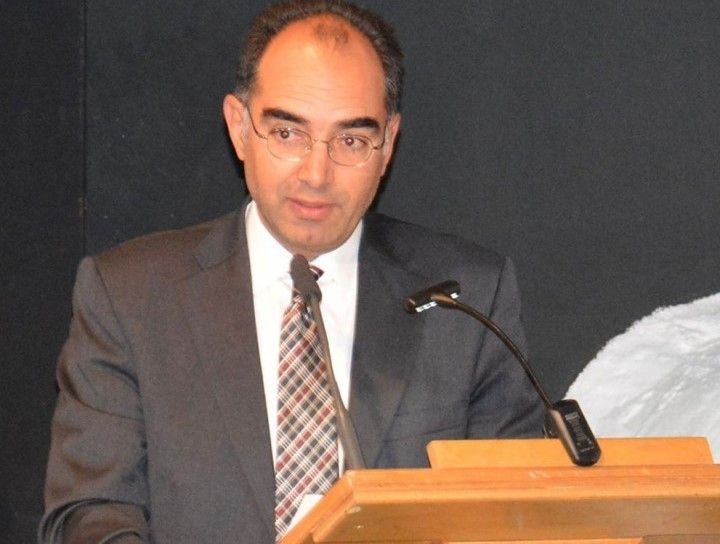 Environmental Impact Study,  for the installation of wind power stations in Naxos, Paro, Tinos and Andros

The president of the Regional Council Southern Aegean Mr.. Costas Bizet, states in all directions that are not allowed anyone to question the intentions, attitude and a lot more decisions of the South Aegean Region in question plaguing recent years the islands of Naxos, Paros, Tinos and Andros, installation of wind power stations, and after the approval given by the competent ministry, ignoring the decisions of the government institutions and the wishes of the islanders.

At this point in the interest of our country is imperative unity of our forces,  to prevent unfavorable developments at the expense of the natural environment, that threaten the sustainability of our islands .  Let us not forget that our islands are world tourist destinations and consequently the tourism economy feeder for the survival of their inhabitants. Any intervention on the slopes and the mountains will irreversibly alter the island landscape.

The South Aegean Region , the second level of local government,  is companion in the struggle of local actors ( Municipalities-Associations- citizens ) unwilling installing wind turbines in the above four islands, as this would result in the conversion of protected landscapes of outstanding natural beauty which are parallel and tourist destination, in industrial areas.

To avoid any possible questioning of attitudes and positions of the South Aegean Region, we list the following events:

c) At 25 January 2014, Regional Council ( decision 1/2014) He decided to authorize the Regional Director to sign an application or any other legal document required, to assist municipalities, who having a legitimate interest will appeal officially to revoke a positive decision 23.12.2013 Environment Minister. Maniatis on the installation of RES. in these islands.

d) At 25/10/2014 was held, in the hall of the cultural association "ARCHILOCHOS" Paros, workshop for wind turbines.

The conference conclusions end up as follows :

«…. It is obvious that if taken together all of the above in any case should not allow the installation of wind farms in such a delicate ecosystem such as the islands of the Cyclades and of course not meant in the name of environmental protection to destroy, after all, a delicate piece of, which is one of the most important parts of our natural and cultural heritage " .

The President of the Regional Council Mr.. Costas Bizet would like to thank publicly the South Aegean regional governor Mr.. George Hatzimarkos, the Deputy Head and all Regional Directors who recognize the distress of the inhabitants of the four islands ( Paro, Naxos, Andros, Tinos ).

* Kostas jewelery is Chairman of the Regional Council of South Aegean