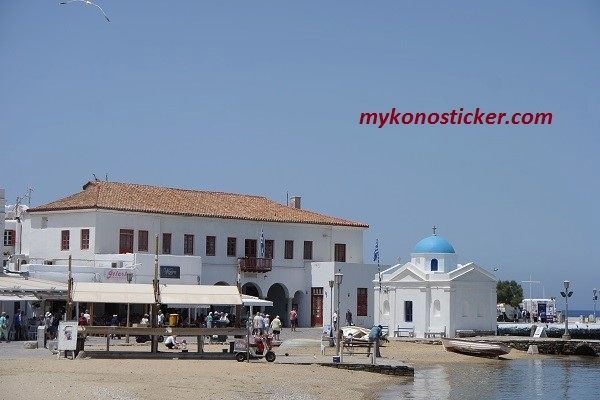 the municipality will give back office, infrastructure and municipal staff who will be kept OAED correspondent debts.

The new Convention on nothing changed from that in force on 31 October 2016, intended to serve the citizens of the island.

With this decision comes the end to the hassle 2000 more unemployed who submitted their papers in Syros, who were forced from November 1 2016 to travel each month to be served by the Employment Service of Syros and receive unemployment benefits.

sent clear warning that the municipality can not maintain indefinitely the provision of this service due to severe understaffing and that the Employment Agency is obliged to permanently address the problem either by establishing a new office in the island either by pressing the government to solve the problem in another way, problem that also concerns other areas especially island.

The Municipality of Mykonos serve their members in relation to the OAED recent 15 years trying to meet the needs of citizens in the absence of the service office on the island.

Unpleasant finding lack for years OAED service in a tourist island like Mykonos with hundreds of companies and thousands of employees.

It is estimated that only in legally apascholounta tourism on the island more than 5.000 year workers , number resulting from health booklets issued of hotel / stamp each time the service of Syros.

This lack is one of the tragic health infrastructure deficiencies ,k.al education. and contributes to the poor quality of services provided to island and even from ypostelechomenes services.

Standard requirement of residents and our own, It remains to be considered by the government of the significant contribution of the island in the country's economy and the difficulty of access to services outside Mykonos following serious problems insularity especially after the abolition of the reduced rate of VAT to the islands.

For the municipal faction KEPOM

From tomorrow Monday 25 In May, citizens will be allowed to travel to the rest of the country, as she is still free..
Read more
Breaking News