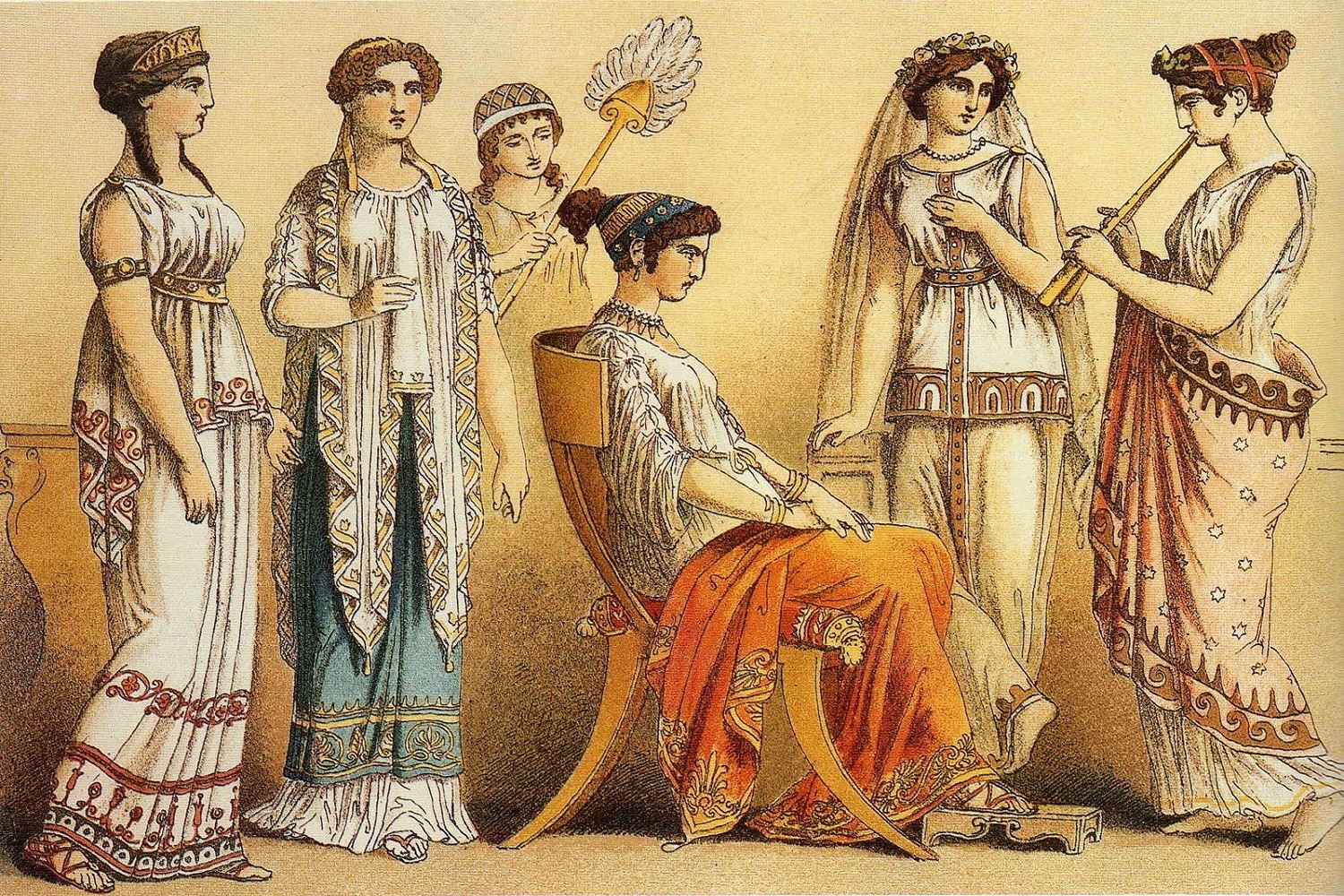 It is preferable to consider the position held by women in Athenian society of the Classical era and a historical sources at our disposal we can conclude what was the life and role in Classical Athens. Athens for more than two centuries was a dominant military and political force in Greece so that we have a complete picture of the woman's life at that time.

So in Classical Athens, the municipality citizens were divided into different social classes through which determined and the position of women in Athenian society. It is well known, that the population of Attica is not entirely composed of Athenian citizens but also by slaves (POWs) and metics (Residents of other cities that were Athenian citizens).

so in’ expansion and female population was heterogeneous and were not restricted to Athenian but there were slaves and metics and women each of these categories of women had their own special place in Athenian society. 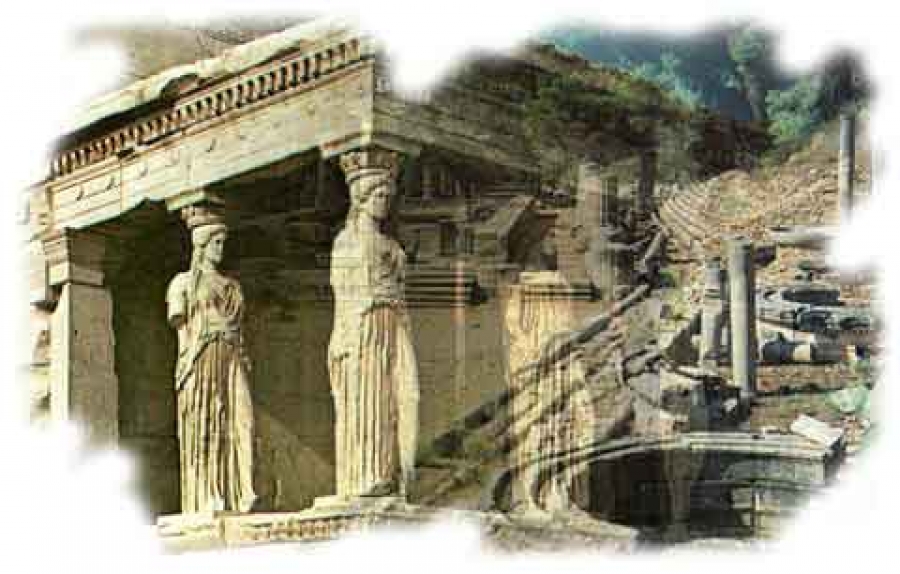 The Athenian, ie the woman who was the wife or daughter of an Athenian citizen, it was quite difficult to gain independence and always remained under the tutelage of her father or legal guardian, of ”sir” of as it was called.

Even after marriage, to be noted that it was not an option the new woman, but a kind of settlement, ie a verbal promise between the legal guardian and the prospective husband, custody of shifting the husband if he later died, guardian of fixed son or his closest of kin (B.C. brother).

We conclude, that the Athenians were constantly under the supervision of a man who among other operated and property of. As time was unmarried, this role he had the father and later after the wedding, the exploitation of its property was the man of.

The contribution of Athenian women in the family property was either with utensils, Golden jewelry, perfumes or immovable property estates simply ceded to the groom to exploit others without them belong.

Besides important inscriptions found in Gortyn, Crete, record various laws relating to the status of women in the era social situation and believed that they meet and the Athenian reality.

Specifically mentioned there, that if the husband divorced the wife, This can keep the property that brought together before marriage, half agricultural production (if exists) and half of that has woven itself into the house.

Moreover entitled to get some money from her husband. Should the spouse die, the dowry could be used for a second marriage while if he had children could stay at home the husband and the dowry were granted to her children .

The Athenian thus had the ability to act like an adult and take decisions about lifestyle ,since according to the Law she had throughout her life a guardian. In the only case that could intervene was annulment of marriage.

Although he had the opportunity to present itself to the divorce (since the law permitted it) the upper ruler, most often acting for this one of the associate. A typical example is the woman of Alcibiades, a great politician, who, unable to withstand the constant infidelities of her husband, wanted to divide. 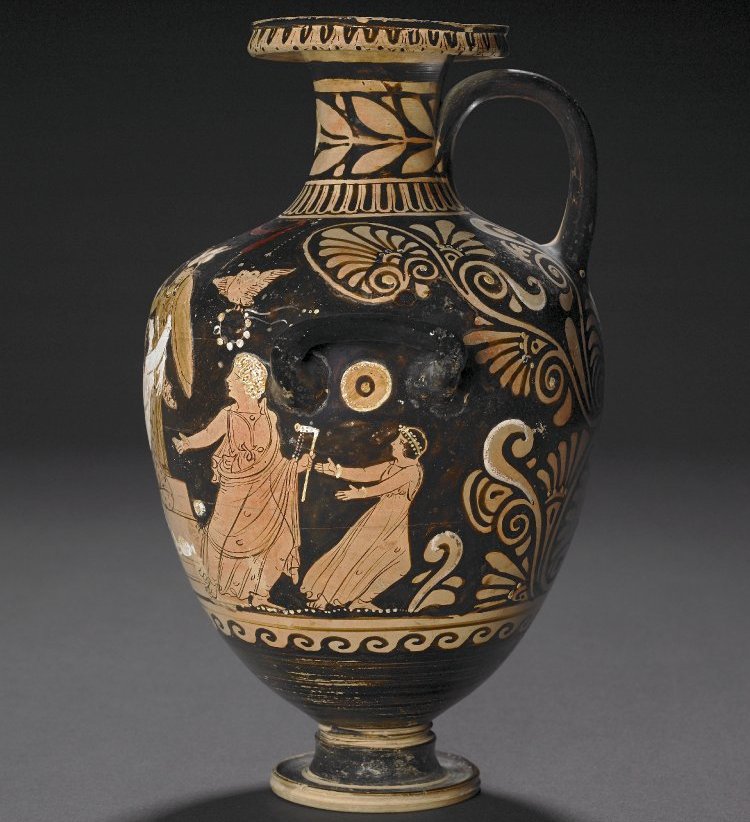 This feature, It was the only form of independence held by an Athenian and could not have any other involvement in political activities. besides, As it is known, its role as a lawful wife Athenian citizen was limited to birth and proper upbringing of children to continue the family and management (but not economic) the house of.

He had the oversight of servant, directed all the activities in the house, undertook to educate the slaves who did not know and had to weave supervising nurse who would grow her children. Many texts refer to advice to the mother on the right choice of food-nanny. Among other qualifications will have the nanny, should not have the tendency to drowsiness, be patient and modest mainly to avoid causing her husband Athenian.

The Athenian thus an illustrious family, then stayed at home with maids, You can not have anything in the full ownership and the only reason why he left the house was to perform religious duties to the gods. At this point we should note the important role played by women in the funeral and burial of a family member. They undertook all rites, yielded values, moirologousan and wore black clothes.

However, apart from the Athenian legal wife of a citizen, there were also “pallakides” who were poor free Athenians or slaves who had an affair with Athena's husband but had no legal protection from Athena's partner. The more times the Athenian was obliged to tolerate the presence of even in the house of. But this was not to adultery Athenian citizen as the only form of adultery that was reprehensible was the conclusion sexual relationship with the wife of another Athenian citizen.

Conversely if the wife cheating on her husband then severely punished. The punishment imposed on society centered on the loss of the only right, participation in religious ceremonies, which was the only political activity. Moreover many times the husband, to penalize the expelling from home. 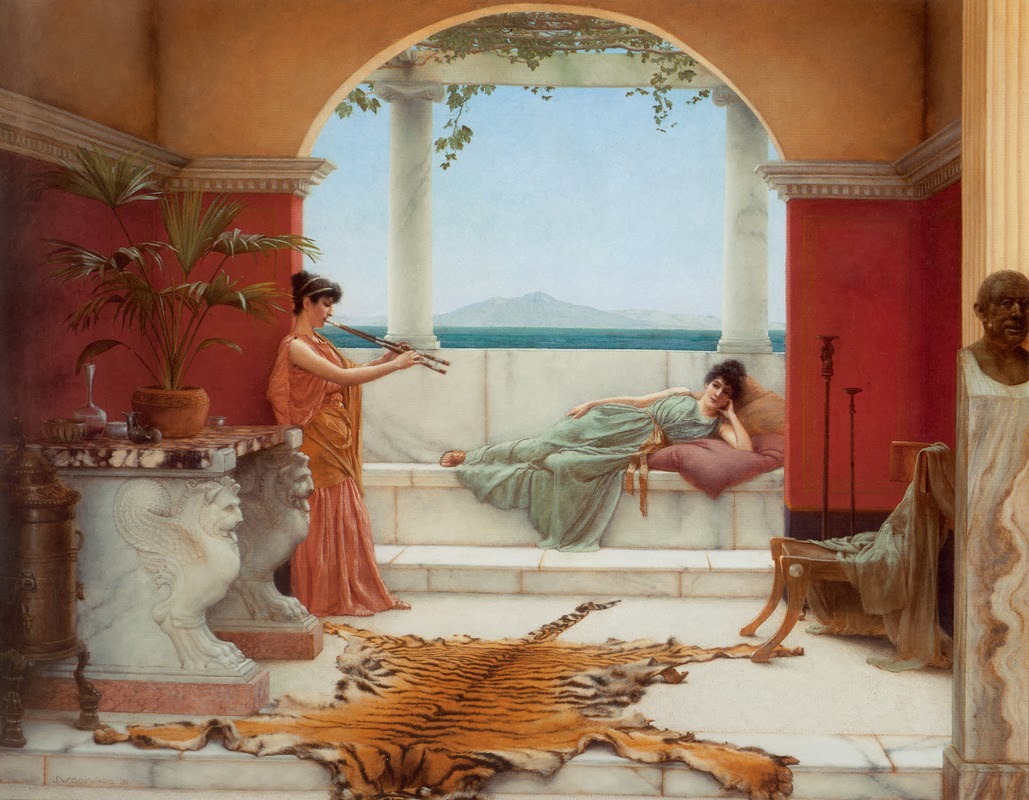 Apart from the Athenian and concubines in Classical Athens, there were many slaves (mainly prisoners of war) who had only domestic activities and served as maids or laborers, producing some products that could be sold on the market. They could not marry without the permission of their master, who had bought and which is fully owned.

He was able to get the one for a night in his bed or to give to friends and one had no freedom form since rents, They were sold, purchased in accordance with the conditions. But they could however only be released in favor of the owner.

Classical Athens is known that living, with their families, people foreign origin but the residents of ancient Athens. The life of the spouses of these rich foreigners, of “metoikon”It was said that it did not differ significantly from the lives of the women of the Athenian citizens. And they stayed at home and cared for the proper management of the house.

But apart from the wives of wealthy metics were settlers and women who settled in Athens, without their own family. To survive I had to get money and the only way was to use the only thing that had, their bodies.

Some of these slaves were bought and others are used for the acquisition of pleasure. Some of them gained enough money and this gave them the privilege of participating in symposia holding company of the powerful men of the time and they basically were the only single women in Classical Athens.

A typical example was the relationship of the famous ”partner” (as they called these women) Aspasia Pericles who had fallen in love so much that separated the lawful wife and had a child with her.

These women lived entirely on the generosity of their lovers and were able to manage their own in their incomes movable or immovable. They were free to accept anyone who wanted their home which had full possession, They came out free and able to attend only parts destined for men. Obtaining money gave power, independence and freedom of the courtesan who could speak to men without hesitation.

Studying the various categories of women in Ancient Greece, he can only enilikiomeni woman of antiquity was the courtesan, since he was the only one that had the privilege of ownership and property management. Ie it was free to dispose of himself as he wanted and to anyone who wanted without having to account to anyone.

The independence of that company is sure that he could not have any of the other categories of women (Athenian, concubine, odalisque) since all of them were under guardianship even in their old age. But it is certain that the company had no social acceptance, as the lawful wife, and the financial maintenance of her house depended on ”donations” of her friends who most of the time, however, were not contemptuous.

But one thing is certain, that despite the privileges or obligations that had each of the categories of women, none of them could not obtain the coveted participation in political activities, right exclusively men of the era and conquest of today's woman.

Coronavirus Vaccination: Reversal of the Vaccination plan!! Vaccine in Hospitals as well!!

Reopen Retail Stores:: Goes to open on 18 January with "click in shop" - The "green light" of the experts is expected

Marine Forecast: Taking increased measures by the Mykonos Port Authority, due to the announcement of stormy winds on 12/01/2021!!

European Commission: At the European Council, the Mitsotakis proposal for the digital vaccination certificate

Aegean Islands – Antigen tests: The sanitary protection of the islands by the Region continues uninterrupted

Aegean Islands: Delivery of rapid tests from the Region to Symi