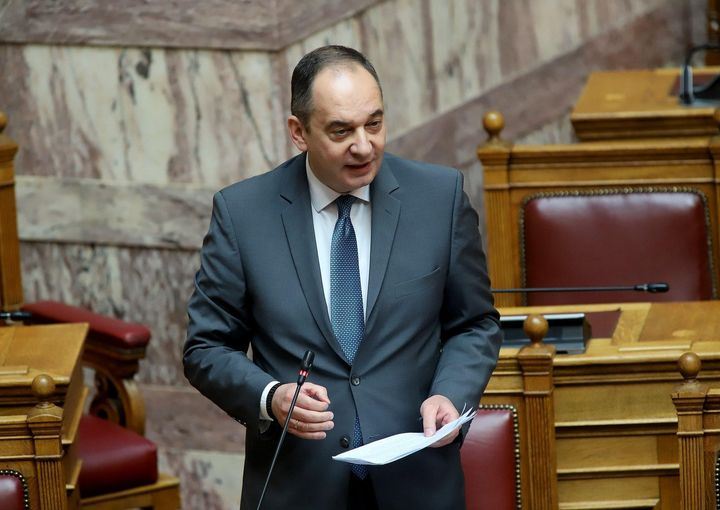 Insular Policy – Plakiotakis: Our strategic policy is based on the triptych "Insularity, Maritime Economy and Blue Growth »

"Section for the development course of the islands that changes the way in which the Greek State approaches insularity and the islanders" characterized the Minister of Shipping and Island Policy Giannis Plakiotakis the bill for the "integrated maritime policy for insularity" discussed in Olo………..

the minister, He stressed that "for the first time, the formulation of a policy for island Greece is being institutionalized. The fragmentary arrangements to date give way to a holistic strategic approach. Introduces the obligation for a strategic policy for the island area with clear and measurable indicators and targets at both national and regional level. It includes specific financial tools to implement the strategic plan. The ministry is activated in a coordinating role for the mobilization of the state mechanism ", while "does not replace local government".

Strategic policy, the minister stressed, is based on the triptych “Insularity, Maritime Economy and Blue Growth "and added that" Greece must capitalize on initiatives, proposals and programs set in previous years , implemented without a strategic framework and without coordination ". Most, noted "every euro that will fall on our islands, will take place and will meet their existing and important needs ". Presenting the axes of the bill, The minister said that three distinct financial instruments are being recorded.

particularly, He stated that with the "Nearchos" program, through the cooperation of the Ministry of Shipping and Island Policy with the Deposits and Loans Fund, we aim to "multiply the resources that the ministry has annually to cover critical public works in the areas of port infrastructure and facilities." noting that the ministry for these projects "manages the astronomical amount of 4,5 million. euros for public investment ". We seek stressed, to cover existing and environmentally sound interventions based on maritime safety, the adequacy of infrastructure, but also the protection of the marine environment, desalination infrastructure and water distribution networks, especially for small islands and remote and arid islands ". We are proceeding "with a substantial upgrade of the barren line network".

The Island Entrepreneurship Financing Program, said that it will be implemented in successive cycles in cooperation with the Hellenic Development Bank and will mainly support small investments.

About the Maritime Economy Fund and the Blue Economy, said that this is the Portfolio Fund that will be set up in cooperation of the ministry with the Development Bank and will focus on financing existing and new companies operating ,or they want to focus their production model on maritime economy activities. We emphasize the fields of marine technology, of shipping and / or shipbuilding equipment, application development and technology use. We are creating a Greek Blue Investment Fund according to the standards of respective European funds.

Regarding the National Register of Maritime Economy Bodies, The minister stressed that this is "the quintessence of participatory planning and networking with rules. The quadruple helix as a model of collaborations and finally a model of democratic planning is taking shape ".

Responding to opposition criticisms of the provisions introduced in the Navigation Service, clarified "how her character is and remains public. No discount is given on navigation safety issues. Our intention is to further upgrade the Navigation Service. For this purpose, we hired seven new navigators in 2020, while we also proceeded with the tender process and soon we will have a contractor for the construction and supply of seven new navigators, as well as the replacement of machines in existing navigators. Our constant goal is to increase organic positions ". He assured that "no navigator is going to lose his job" and explained that "the arrangement we introduce refers to the provision of a certificate which is, if anything, international practice and which will be granted under very strict conditions ".

He criticized the official opposition's objections to the article as hypocritical 25 concerning waste management as he said "the European Regulation starts from the full liberalization of port services and can end up with a contractor under specific terms and conditions".

Regarding the criticism of the two ministerial amendments, Mr.. C. Plakiotakis stated that "we honor and defend the rights of sailors. On the other, Nevertheless, it is not possible to maintain such a system of sanctions that exists "on fines relating to cases of exceeding work and rest limits. Today, said "a ship with a crew of fifty people overtime, even for a few minutes, currently entails an administrative fine between 15.000 and 25.000 euro. But this in the Greek island area, with the problems of bad weather, with delays in arriving and departing in the various island ports, one can easily understand that it is not rational and fair ". For an amendment for RAL, he stated that "we do not affect independence either, of course, its essence. We just take care, practical problems identified in practice due to duplication of responsibilities with another Authority to be resolved, because this is required by the proper administration and the functionality of each port "explaining that" RAL can not have responsibilities that extend until the inspections in residences, in persons, in business, which is the sole responsibility of the Competition Commission ".

Lockdown end? The goal is to open Gymnasiums and Lyceums by the end of March, April the Outdoor Catering & May Tourism gradually!!

Property real estate: In management companies and with market rules, sales and lease back, the red loans real estate!!

Reopening of Restaurants: At Easter the opening of catering outdoors!!

Sexual Harassment: How to deal with sexual abuse behaviors – harassment!!

Lifting lockdown: At 12 or 19 The restaurant will open in April – "Locking" the extension of the lockdown until 22 Of March