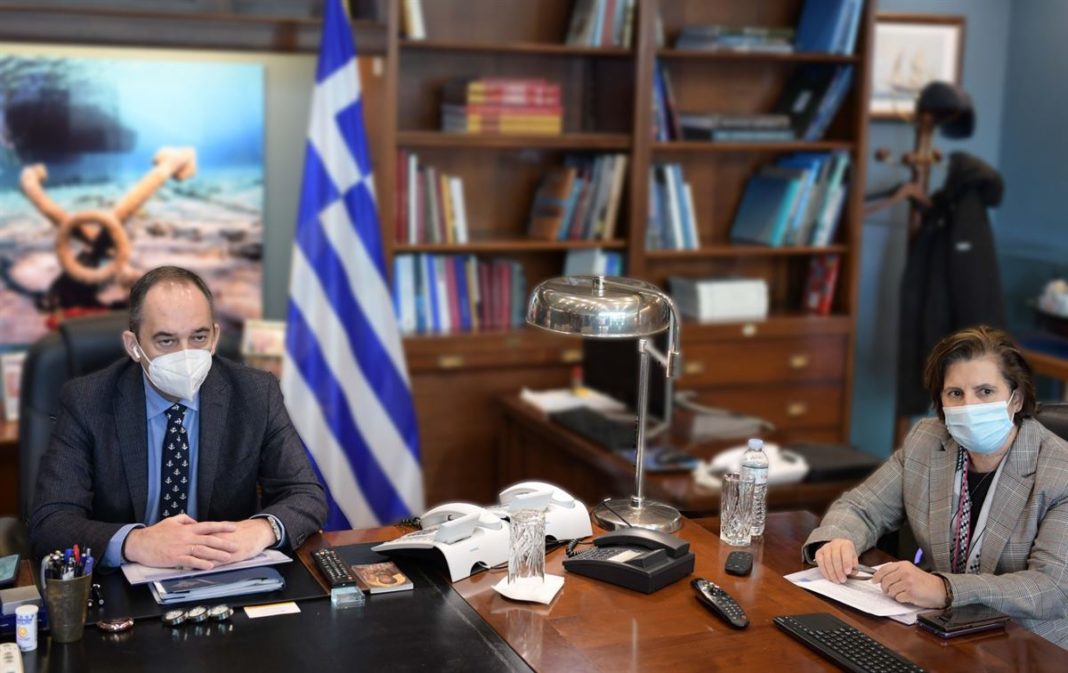 The 2021 at a steady pace the work of meeting the needs of other islands
The planning of projects of the General Secretariat of the Aegean and Island Policy for the treatment of water scarcity in arid islands, discussed today during a meeting chaired by the Minister of Shipping and Island Policy and. John Plakiotakis………..

During the meeting attended by the Secretary General of the Aegean and Island Policy and. Christiana Kalogerou, as well as officials of the competent Directorate of Studies, Works, Natural Resources and Energy of the G.G.. Aegean and Island Policy, It was underlined that last year projects were carried out to address water supply needs in our islands, of the order of three (3) million. with funding from the National Public Investment Program of the General Secretariat.

It was also pointed out that within the 2021 Appropriate water supply projects are completed in Katapola, Amorgos and in the area of ​​Grikos, Patmos, while three more will be auctioned (3) projects for Kastellorizo.

At the same meeting, requests and needs were also analyzed, especially small islands such as the Paxos, Kastos, Gavdos, Kythnos and Halki, to ensure their autonomy in water reserves.

Commenting on the work produced so far in the critical area of ​​securing drinking water supplies on islands facing a major problem, Mr.. Plakiotakis stressed : "We utilize the potential of modern technology and innovation to address the shortage of drinking water on our islands in terms of sustainability and respect for the environment.

During the 2020 Many important steps have been taken towards finding solutions. We will continue with the same dynamics 2021 and as long as it takes until our last island has enough drinking water.

I would like to thank the staff of the General Secretariat for the planning and implementation of projects to serve the water needs of our islands. This is an important project ".

Detailed during 2020 the General Secretariat for the Aegean and Island Policy funded the following 25 projects:

21. Subsidy of the Regional Union of Municipalities of North Aegean for the implementation of the drinking water and soil control project, 35.000 euro.

22. Study for the connection of a new drilling site in Agios Minas with the external water supply network of the Municipality of Kasos,14.212 euro.

24. Cost of drinking water supply from DEYAR to cover the water needs of arid islands of the Dodecanese, 29.137 euro.

25. Payment of EYDAP bills for the period of consumption for drinking water transported to arid islands of the Cyclades,6.072 euro.

26. Subsidy of the Municipality of West Samos for the immediate treatment of water supply problems caused by the catastrophic earthquake of October 30, 100.000 euro. 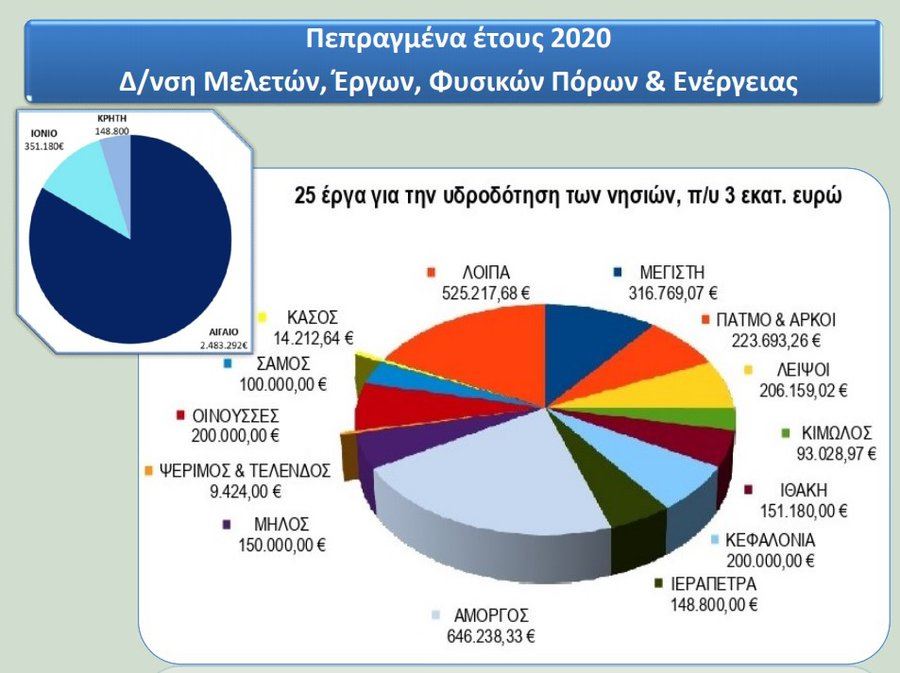 Student Absences: When do the students of the Kindergarten live in the same class? [Document]

Digital Sign Up: What does the plan of the sub. Digital Governance for the Hellenic Land Registry