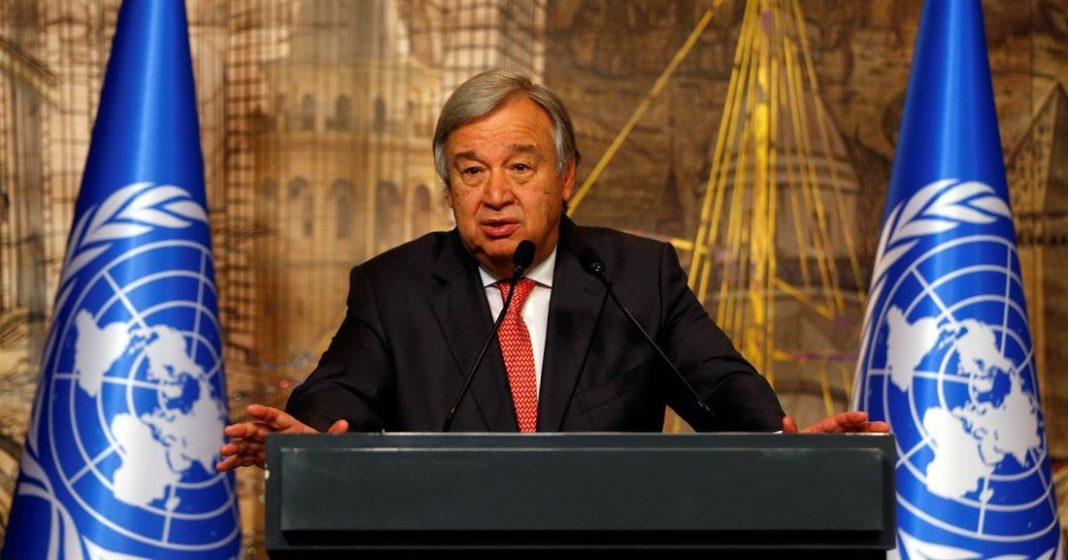 "The best tribute to the victims of the Holocaust is to create a world of equality, justice and dignity for’ everyone" emphasizes in a message for today's International Holocaust Remembrance Day, UN Secretary-General Antonio Guterres………..

"Today we honor their memory 6 millions of Jews and millions more who were systematically killed in the Holocaust by the Nazis and their collaborators. ", Antonio Guterres initially mentions in his message. in addition to, notes that the Holocaust was the culmination of two millennia of discrimination, attacks, persecutions and periodic mass killings of Jews and adds: "It should have put an end to anti-Semitism. But that did not happen ".

As he observes, anti-Semitism remains alive. "Today, the proponents of white supremacy and the neo-Nazis are reborn, organized and recruited across borders, intensifying their efforts to refuse, and rewrite history including the Holocaust " explains.

Alongside, UN Secretary-General points out that this year's anniversary is taking place in the shadow of the pandemic, "Which has revealed the long-standing cracks and injustices in our societies and has contributed to the resurgence of anti-Semitism and xenophobia".

In this, Antonio Guterres opposes need "to join forces urgently to stop them". Continuing on the same wavelength, proposes that “as we think of recovery from the pandemic, we must address both the gaps and fragility revealed by the pandemic, to strengthen the common bonds based on our common humanity ".

As he characteristically emphasizes, this year must be a year of healing. Healing from the pandemic and healing of our broken societies in which hatred easily took root, clarifies.