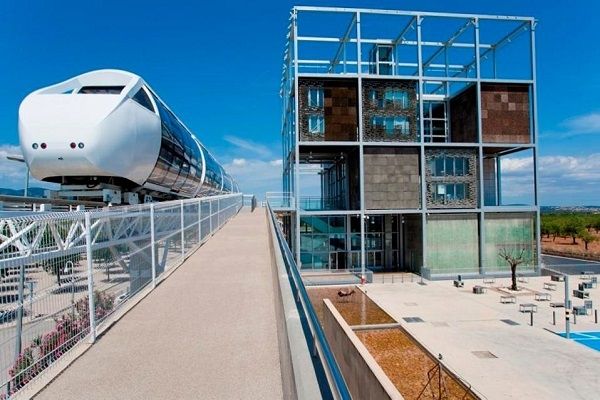 Do it as Mallorca – Look for new identity, away from the "monoculture" of tourism.

every week at least 1.500 and internal flights 700 international flights. The numbers are breathtaking: an island with an area of ​​Evia (2,5 times Rhodes) hosts annually about 12 million. tourists, when tourism is the whole of Greece 25 millions.

Nothing, Nevertheless, not without consequences. And thus, The Majorca 54 municipalities struggling the last decade to address the many environmental problems caused by massive tourism development, from waste and wastewater to the destruction of the landscape in the coastal areas.

"In the sanctuary of Apollo at Delphi is an inscription that says: nothing in excess (SS.: nothing to excess). Unfortunately for the tourist areas of the Mediterranean, the measure has long lost ", explains architect Carlos Garcia Delgado. "In Mallorca, tourism already began from the late 19th century, with high quality people who thought they had found a paradise. These people fled the decade 1970, when massively ugly buildings began to be made, to the beaches destroyed. Today, the situation is better, but it is too late, things are hardly reversible ". 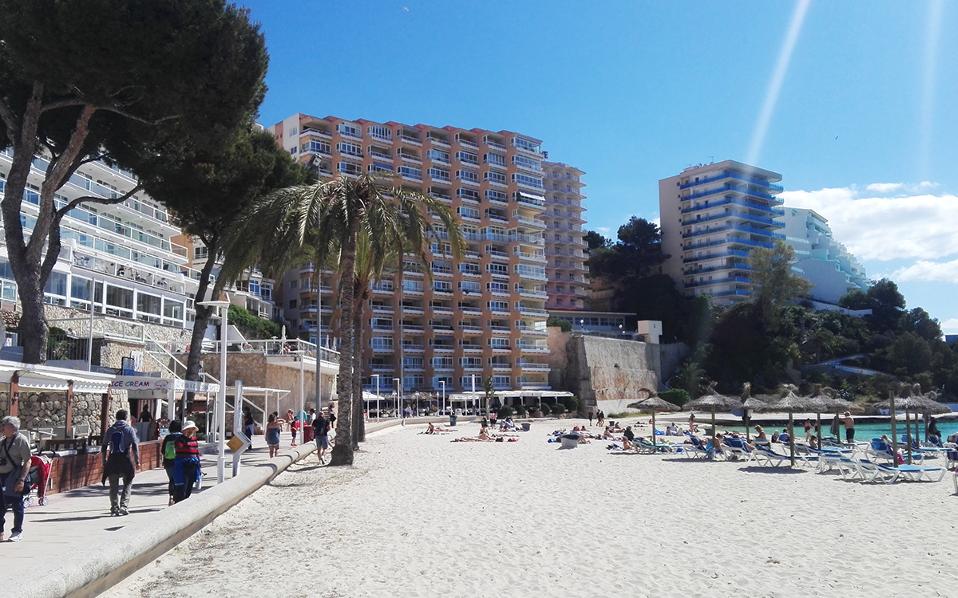 The last decade, Mallorca took measures to dampen the effects of mass tourism. As explained in "K" Alfonso Rodriguez, Mayor of Calvia, the most touristic municipality of the island, open fronts are many. "The 1999, the town of Calvia had 33.000 population, now it has 52.000. The problem dealt with housing programs, but undermined by renting housing to Airbnb type platforms. Many locals can not find home at reasonable prices, because they all want the '' free '' in summer. Other islands, as in Impiza, things are even worse, We hear that summer rent balconies and tents for workers in tourism, because there is no roof ".

Alongside, the municipality concerned the renewal of hotel stock. "Many hotels were built in '60 -70 and we must be renovated. five years ago, the 52% three star hotels were the municipality and 33% four stars, today the ratio is just the opposite. We have invested heavily in revision of urban planning, We do not allow extensions of the city plan, We do not allow new buildings on the shoreline, subsidizing the 'withdrawal' of old buildings, Much of the island was declared a protected '.

Alongside environmental, Majorca seeks new identity, away from the "monoculture" of tourism. In this context organized on 20 – 21 April conference «World Smart Island», on smart, KINNOVATION solutions insularity issues.

"The core issue of the islands is the geographical isolation. With new technologies, this problem is lifted ", says the "K" the Pilar Konesa, Head of organization. 'The European islands should be changed in place to develop solutions for the islands of the entire planet, to approach old and new problems in innovative ways. How; The quality of life in the Mediterranean islands can be used as an argument for attracting talent, people working in knowledge production. Why would anyone work a dull European city rather than a Spanish or Greek island; It is about, Moreover, for mutually beneficial relationship - the experience of Spain and Greece shows that it is not good for an island to be completely dependent on tourism, as well as the large number of visitors and seasonality creates many problems. I estimate that the islands have their own dynamics and disproportionately small space in the public sphere ".

Do it as Mallorca, for the management of garbage

As the car approaches the Majorcan waste management unit, in the southwestern part of the island, I see a bird with unusually large wingspan flying over us. "Eagle is;», I ask Elena Koromina, responsible international relations unit. "Yes. Working for us!», explains. "Where waste is transferred, gulls gathered. The residents then protested the surrounding areas so we hired a trainer with eagle. The eagle walks a few hours each day, gulls of seeing and going ".

The recruitment of an eagle is not the only, nor the principal of the original features of the unit. AN award winning architecture the building has just been created for visitors-from schools to scientists- acting as a "showcase" of the unit. From the terrace starts a monorail, a train makes a short journey into the unit for a high tech tour and is the main "attraction" of the band. 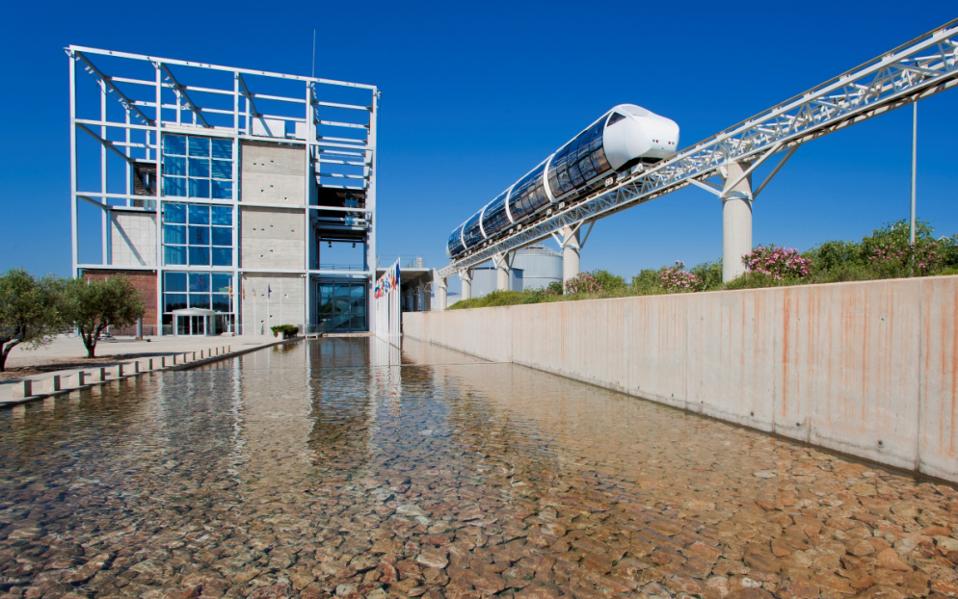 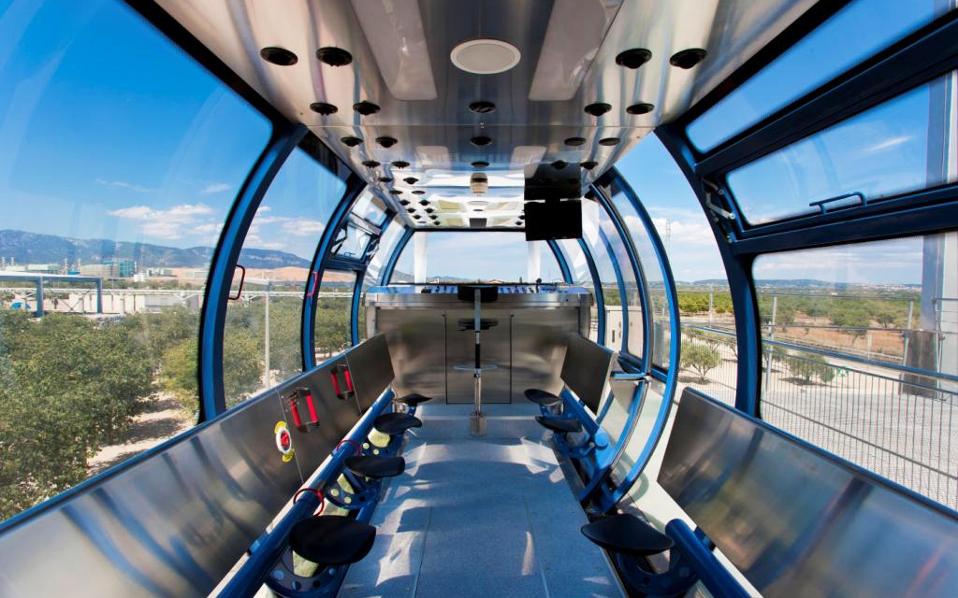 There are social initiatives: for example in the composting plant, which is a smelly interface, hired former prisoners, as a reintegration step. "The work there is not attractive. But work, salary and full insurance, so it gives one a chance for a new start ", says Mr.. Koromina.

After the first image

In the early 90s, Mallorca had 400.000 tonnes of waste per year, 30 dumps and landfills and no recycling effort. The Council of Majorca (en matching, the prefect of the island) He decided to proceed in a single competition, throughout the island, through public-private partnership (PPP).

The competition prevailed 1992 The consortium TIRME (URBASER 60%, FCC 20%, IBERDROLA 20%). The proposal is based the incineration of mixed waste to produce energy, preceded by recycling and composting. 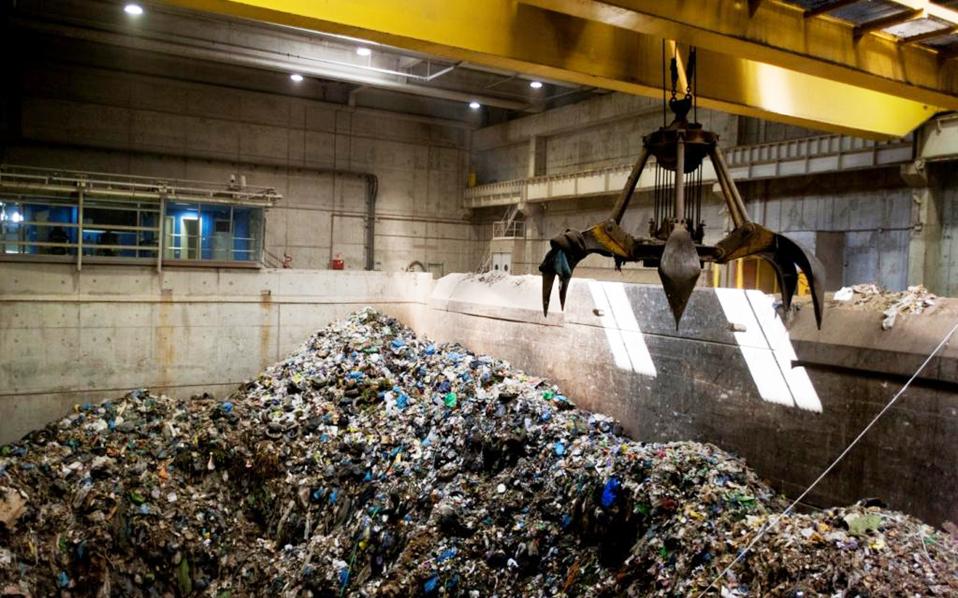 "Our first concern, under the contract, It was the closure of all landfills and maintaining only one landfill ", Rafael explains Guinea, general manager TIRME. The 1996 operated the first incinerator followed by the construction of the second, parallel with recycling and composting infrastructure ".

According to the TIRME, Mallorca produced 600.000 tons of waste. Of these approximately incinerated 450.000 tons, factor 60 MW power sold to the Spanish electricity company. The recycling (5 separate streams), launched in 2003 They are not charged, order to strengthen: Recycling of paper has reached 30.000 tons per year, the glass 25.000, their packaging 16.000 tons, the biodegradable 18.000 tons. 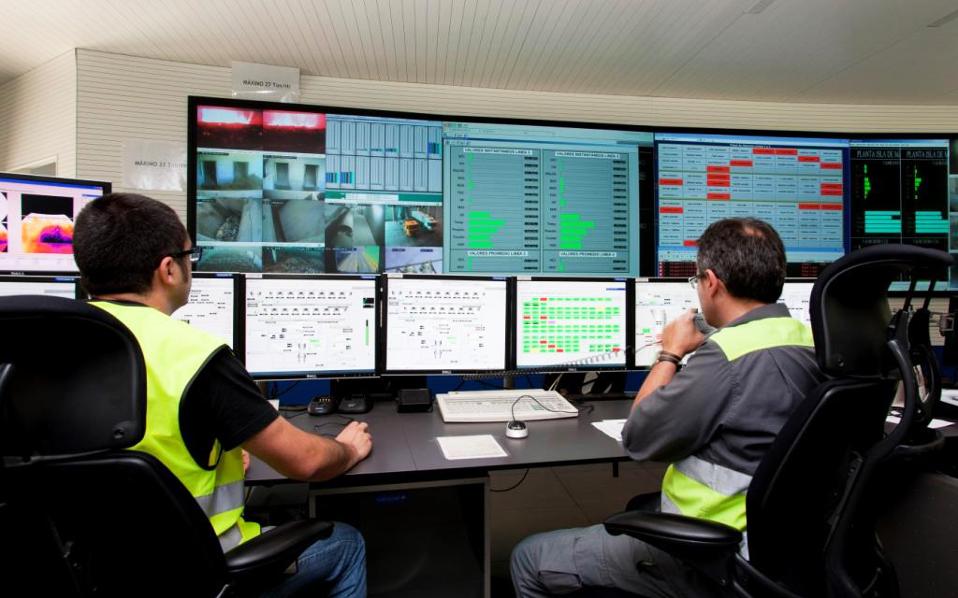 "Recycling is still at low levels", admits Mr.. Guinea. "The future lies in strengthening sorting at source. Spain last decade gained numerous mechanical sorting units of mixed waste (SS. receive household waste and separate mechanical process recyclable), But this model is now considered obsolete and abandoned: produces low grade recyclable materials and poor quality compost, that are not absorbed by the market. Yes, recycling is the best solution and restores the resources in the economy. But incineration is considered as sustainable by the EU, since it prevents landfill waste and leads to the production of "green energy".

the unit, sludge (from six wastewater treatment plants on the island) subject process from which produced substrate for roads. Biodegradable produce compost that is sold very cheaply and is fast-seller on the island. "The sell very cheap because we are interested in" returns "in the production process", explains the director of the unit. Total costs for municipalities management estimated at 125 EUR / tonne (without recycling, funded energy). "For me, the key is that the landfill waste is almost 0%, on an island where summer quantities of waste are 2,5 times larger. I have three children, I live just 10 km from here and interested in the environment in which they grow ".

Coronavirus Restaurants & Bars: Until 15 In June, the indoor cafes open, restaurants and bars

In the first fortnight of June, the interiors of the restaurants will open., Deputy Minister of Development and Investment Nikos Papathanasis revealed ........ Mr.. Papathanasis,...
Read more

"Invisible Square": the 4 steps of the procedure for submitting an electronic declaration, of forgotten squares!! what provision, Who does!!

The government intends to give millions of real estate owners more time to declare to the Local Government Organizations the right information for the surfaces..
Read more

2 new confirmed cases of coronavirus cases reported in the last 24 hours in our country, bringing the total cases to 2.878, announced the Chinese 24 May...
Read more
View more