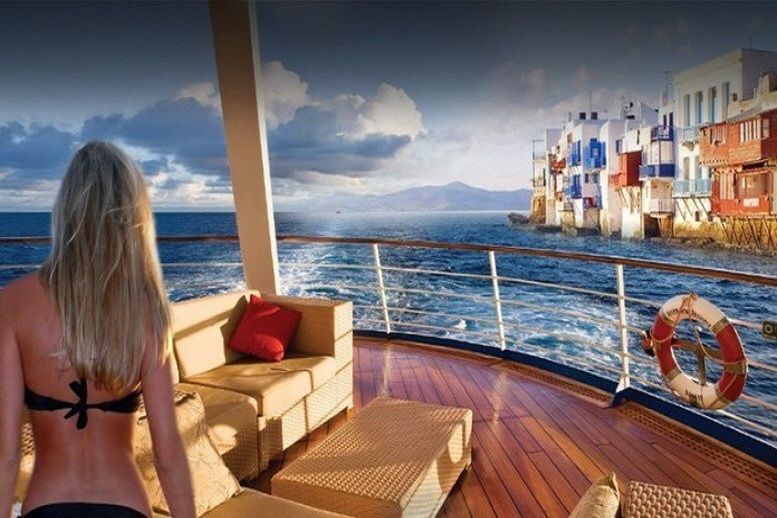 Cocaine: Mykonos, one of the main destinations of the cartel washed up

They flooded with cocaine Mykonos and Santorini

Much of the mammoth load of cocaine washed up in France would lead to Greek islands. In case involves at least 8 young Greeks. Phone Nicola talks revealed many. He was sent to the islands woman trusted partner, which has "paved the way"……

In the "Island of the Winds", and Santorini will lead much of the cocaine cargo washed ashore in France 2017

In Santorini and Mykonos would result a large part of the net weight of cocaine tonne and 700 kg, that washed up in summer 2017 on the coast of the city Mimizan France, on the Atlantic side.

in case involved at least 8 Hellenes young, while until now the French police issued new warrants issue in their country against Greeks, allegedly had a connection with the transfer of the amount of "mammoth" cocaine sailing, from Latin America to France, with a final destination in Belgium and Greece.

Received by French Police in the "El. Venizelos' a Ellinotynisios, who was arrested by the DEA at the request of the French Authorities, as it allegedly He had many communications with other stakeholders Greeks to transport cocaine, already are prisoners in French prisons.

Also in June, another Greek was handed over to French authorities following their request, as established by investigations that the man He had rented sailing boat 2017 and made a test trip from the Latin American coast in France, while had rented two brutal inflatable pulled to the shore of Mimizan packages with loads of cocaine, when a wrecked sailing.

Santorini and Mykonos destination of packets

Indeed, the German authorities involved in investigations, as it was found that a German national N.M.. it was one of the Recipients few tens of kilos of cocaine, the load reached the shores of Mimazan, They discovered an element that directly involves Greece, in drug trafficking.

According to information, Just recently the German authorities took over the detailed documents for telephone communications and talks Nicholas with various individuals, involved in the transport of cocaine from Colombia to France. There they discovered and a serious element that is directly related to our country.

Among Stis communications had Nicholas, dozens of phone conversations stand recorded with an unknown phone number, but whose position at that time "coming out" in Greece.

According to the same information, Nicholas speaks with the "partner" in Greece and says he can send in Mykonos and Santorini, at least 100 kilos of coca in the summer months and even says he has already sent a trusted collaborator wife, which has "paved the way" in both islands, to prepare the ground to throw there the 100 kilos of coca carrying Greeks from Latin. America in France.

Directly this item was sent to the Greek authorities to pursue investigations, while these successive conversations reflected not least how much the pure cocaine that bought the young Greeks from the Colombian "cartels of Cali" would result in the cosmopolitan islands of the Aegean, where the demand for good quality cocaine summer, is increased.

3 new confirmed cases of coronavirus infections and 2 New deaths have been recorded in the last 24 hours in our country , bringing the total cases to 2.906 ...
Read more
Aegean Regional Politics

Aegean Islands: The Regional Council of N is meeting. Aegean via video conference