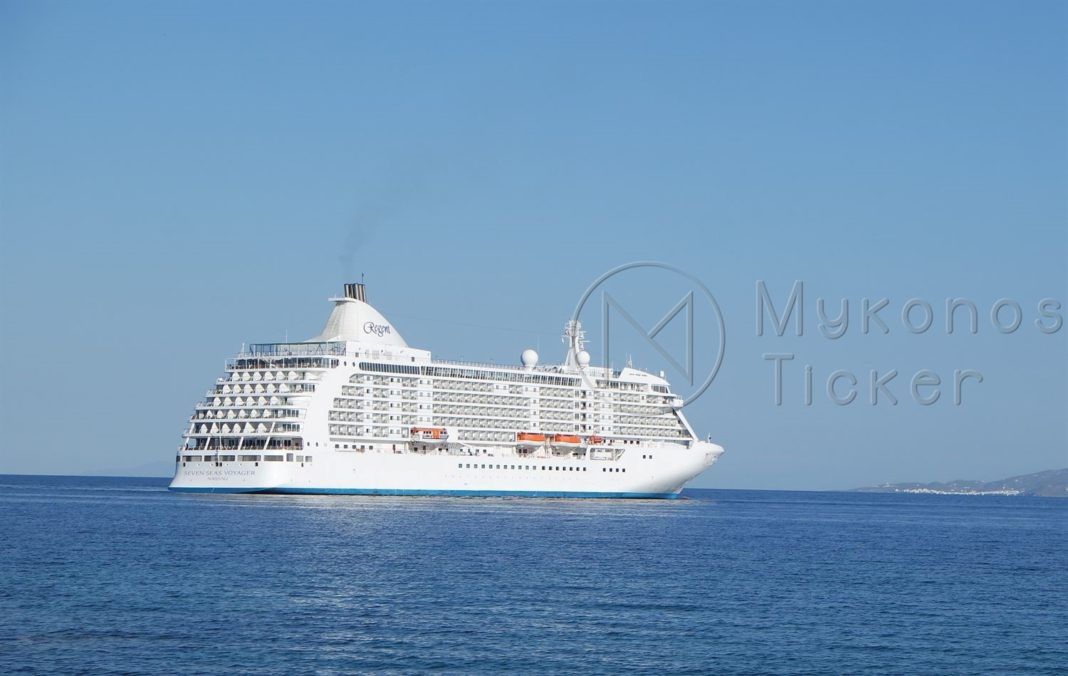 A hub is the cruise activity in Greece, after the repeated information on individual cases of coronavirus (COVID-19) the world and now here……… The prevailing atmosphere is causing increasing concern in both the local communities from which the cruise ships pass, and to potential occupants. Given that a significant number of ships operating voyages in Greek seas from Italy, where the epidemic is on the rise, They all appreciate that it is a matter of time until multiple outbreaks occur in any of these. Development that would threaten the inhabitants contamination in ports that these ships have visited. So, while the cruise is practically 'dead' in Asia, and with it some first small companies, calls for limiting and in Greece is a fact.

The nervousness created by the event of the ship «MSC Opera» in Greece is typical: the ship Wednesday not got any passenger in Piraeus, because Austrian who arrived a few days ago and who was diagnosed positive in COVID-19. Specifically, to the announcement of the company said, that "we informed the Greek authorities about the incident asking them directions. At the same time, asked passengers, as a preventive measure, to remain on the ship '.

The incident created anxiety for the next port of Corfu, He finally arrived yesterday discharging passengers for scheduled visits. Nobody ill according to the medical board services, but, by scientists, not be able to know if someone is a carrier if they have not passed 14 days after transfection. In fact, everyone knows that if there were no cash flows that generate these visits in port fund and the local economy, It seems difficult to imagine the «MSC Opera» Corfu. This is the case in other major ports around the world, in one of which even the residents do not hesitate to petrovolisoun cruise ship approached because of suspected occupants patients.

"It can not be canceled conferences several hundred people not to disseminate and to allow ships carrying thousands confined indoors passengers, set them indiscriminately ", He explains the "K" epidemiologist who does not want to be named for obvious reasons. "It's like playing dice contamination of entire regions", complements features. The problem in Greece is currently facing at least the aforementioned logic cash, but already in the US vice Mike Payne, who oversees the Trump government policy for coronavirus, He will meet with top executives of the cruise industry to discuss the impact of the virus.

The appointment has been booked for tomorrow in Florida. Η Carnival Corp, The Royal Caribbean Cruises and Norwegian Cruise Line Holdings expect to lose a total of 555 million. dollars of winnings 2020 as a result of the virus. The market capitalization of the three largest companies in the industry worldwide has fallen by one third within a few weeks, as investors appear to be strongly concerned about something that still prevails in Greece relative complacency. instead, in the Cayman Islands Caribbean prohibited days before the approach of «MSC Meraviglia» preventing disembarkation 4.600 passengers. Such decisions take other ports in case, while three large cruise have banned travel to and from China and do not take passengers who have been there in the last two weeks. But in China out of time slowing down the spread in contrast with Europe and already so the passengers coming from Italy are not "welcome" in many ports as Israel. The worst of the epidemic so far at sea took place last month in «Diamond Princess» by Carnival that went into quarantine in Japan for three weeks, as more than 700 Passengers were infected and four died.

Strict restrictive measures are implemented by 06:00 on Saturday morning and for a period of three weeks, with a generalized traffic ban from ...
Read more
Previous article Emergency instructions PHEA for outbreaks and "close contact"
Next article freedom Ftaklaki: We honor the anniversary of the Union with the Dodecanese Mother country and fight for the sustainability of our islands.
Share
Facebook
Twitter
Pinterest
WhatsApp
Linkedin
ReddIt
Viber
VK
Tumblr
Telegram
Mix
Digg
LINE
Email
Print