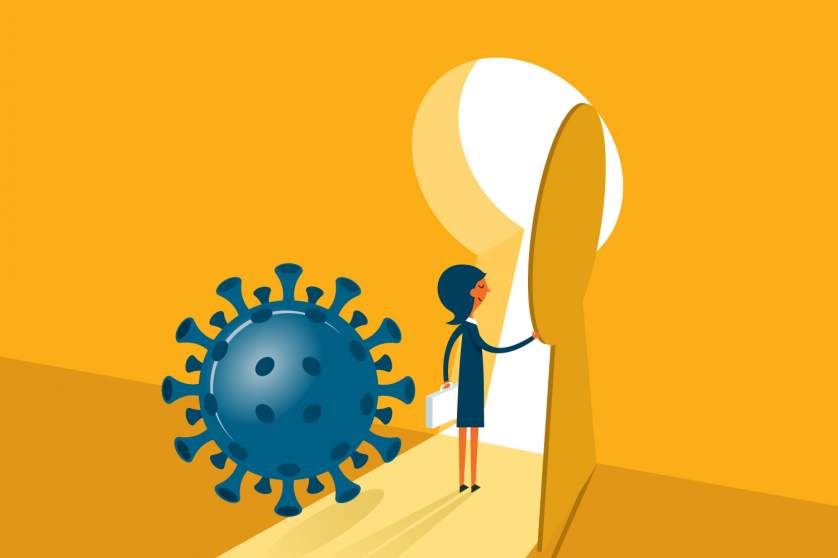 Lockdown end? : They all open until 20 April – The government roadmap

Measures for businesses, Kyriakos Mitsotakis is expected to announce primarily for the restaurant, possibly within a week, while anger in society is growing!………

The will of the government is given,as stated by ieidiseis, for resumption of economic activity until the second ten days of April, despite the pressure exerted on the hospitals and despite the warnings of experts that if not the opening is not combined with the necessary security, the country may face new difficult situations.

The meeting of the committee of experts next Wednesday is expected to be crucial for the developments., as the government has pre-decided - and is pushing behind the scenes for it- the opening of retail for 5 April.

Although self tests may not come to the country until 5 April, as well as the Easter of Catholics (4 April) and there are additional obstacles for their arrival in time in our country, the government is reportedly talking about the same period to open both inter-municipal transport, as well as schools, with high schools and lyceums preceding primary schools.

Those who know, however, insist that eventually maybe the government, under the weight of the deplorable situation prevailing in hospitals, the pressure on the health system and the obsession with the high number of cases, led to the transfer of the retail opening to 12 April, when the self tests will have come, in the existence of which the government invests a lot - and in addition again places all the responsibilities on the citizens.

It is certain that towards the end of the second ten days of April the opening of the restaurant is also planned, outdoors, with professional associations already informed by relevant government officials, including the Minister of Development Adonis Georgiadis.

It is expected in mid-April, as previously announced by the competent minister Haris Theocharis, the pilot opening of tourism, whose official opening is scheduled for 14 May, while at the beginning of the summer the goal is to vaccinate the general population of the country, but also the Digital Certificate decided by the EU.

According to the information in the column, most likely within a week, at the latest at the beginning of the other, will be announced by the Prime Minister himself measures to support the companies that open, primarily for catering and tourism. These measures, indeed, have already been approved by the European Union, although the trade unions that have been informed about it have expressed concern and are calling for more support.