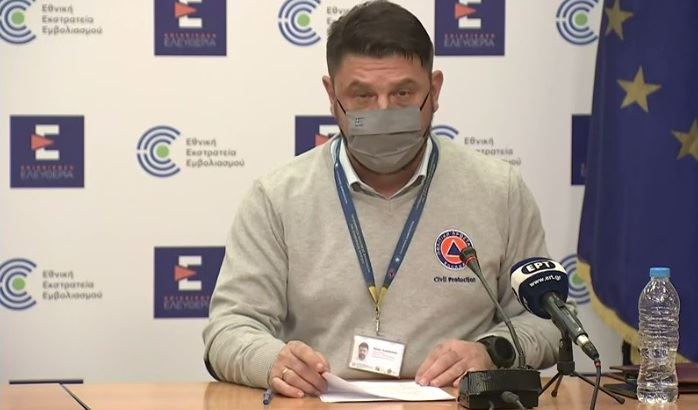 Lockdown Restrictions: Lockdown and hunting and fishing bans extend for a week

The lockdown is extended for another week while the movement from prefecture to prefecture is not allowed again, announced the Deputy Minister of Civil Protection Nikos Hardalias.
Changes in some of the existing restrictive measures as well as their extension for another week announced the Deputy Minister of Civil Protection and Crisis Management, Nick Chardalias, during the briefing on the course of the coronavirus pandemic in the country…………

Following, of today's Commission meeting, They decided the following:

– The existing measures are extended for another week. That is, for the next week it is not allowed to move from prefecture to prefecture, SMS and printed statements are still valid and circulation from them is not allowed 9 in the evening until 5 in the morning, with the exceptions provided for. also, the use of a mask remains mandatory indoors and outdoors.

– Extension of the ban on hunting and fishing. The Regional Units of Rodopi are excluded from the extension of the ban, Evros and Xanthi where in the context of preventing the transmission of African swine fever in our country will be allowed wild boar hunting only in these three regional units. In this case hunting will be allowed within the regional unit and only up to four people – two in each car. In case of violation of the relevant conditions, in addition to the provided sanctions, the relevant hunting license will be revoked and a new license will be banned for a period of three years..

The issue of hunting and fishing will be discussed next Friday and the discussion on the issue of sports activities will open..

Alongside Mr.. Hardalias announced that the number of passengers in taxis is changing. Specifically allowed 2 passengers other than the driver.

Simultaneously, Students who have rented houses in their place of study are given the opportunity to go inside 72 hours to empty, rent out their student residences if they wish, with the necessary proof of the expiration of the lease from TAXISNET).

Be allowed, also, to cruise ships already docked in Greek ports to be transported to shipyards exclusively of mainland Greece for repair and maintenance work.

also, it was decided to reopen with the physical presence of the students of the Gymnasiums and Lyceums from Monday 1 February. Note that in encumbered areas where additional restrictive measures apply, the Lyceums will continue to operate with the system of distance education, while the Gymnasiums will operate for life.

also, from Monday, February 1st, the OPAP stores open (but not OPAP Play) provided that this is permitted by epidemiological data.