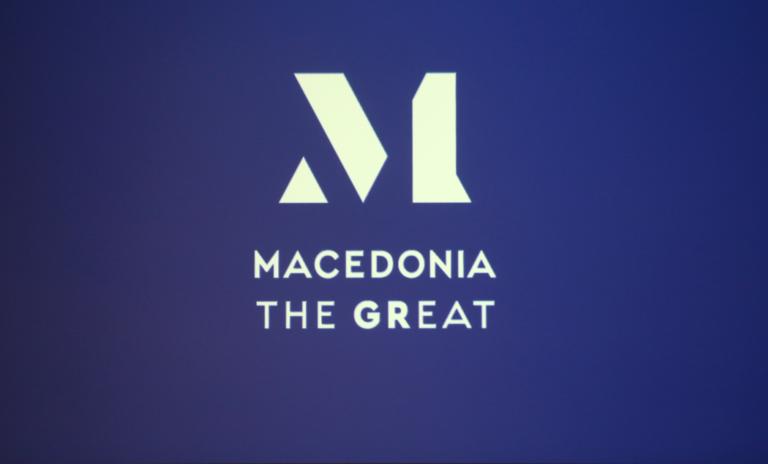 Macedonia The Great :The new brand of Macedonian products

He noted that he was committed to addressing the negative consequences of the Agreement Prespa supporting professional bodies in Northern Greece in order to guarantee a single collective identity for the Macedonian products and said that the brand presented and paid directly to the European Bureau achieves this the purpose. 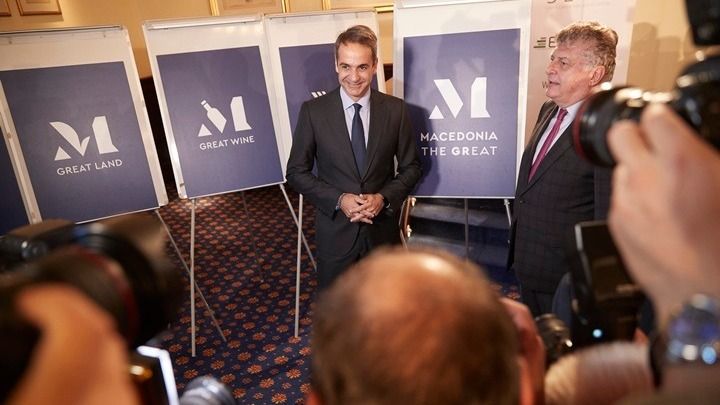 The Prime Minister congratulated all the actors worked together to create brand and wished to be "lucky and seaworthy". "The Exporters' Association presents today the new collective mark which will accompany from now on Macedonian Macedonian products and services in all lengths and in all the world back", told reporters Mr.. Mitsotakis and continued: "I had committed to address the negative consequences of the Agreement Prespa supporting professional bodies in Northern Greece, to consolidate a single collective identity which distinguishes the products that will be produced from now on Macedonian land. And I believe that this stylish brand presented today and which directly and will be submitted to the European Office achieves this purpose. I'm sure it's a signal that will be embraced by all producers of Macedonia, It covers all three regions, Eastern Macedonia and Thrace, Central Macedonia and Western Macedonia, It will be supported by business and will enable us to have a central identity for Macedonian products and an identity which refers to our glorious past, but, at the same time, define and confidently the way for a more optimistic, for a brighter future. Congratulations to all who have worked for this brand. I hope to be lucky and seaworthy ".

In the presence of Prime Minister, Kyriakos Mitsotakis, officially presented today, in Thessaloniki, the Collective Mark EU designation includes the term “Macedonia”, which is to be deposited directly into the EU Intellectual Property Office (EUIPO) in Alicante, Spain.

For the free acquisition of the mark have already expressed interest in at least 2000 companies, as stated by the president of the Association of Exporters (SEVE), Dr.. Georgios Konstantopoulos, replying to a question of ANA-MPA.

it stated, during the press conference, that the nature and elements of the new brand, which aims to protect the trademark, even small businesses that produce the three regions of Macedonia, They are presented in 13 December, new event, in cooperation with the European Parliament.

From his side, the president of the Bar Association of Thessaloniki, Efstathios Koutsochinas, He stated to ANA-MPA that the award procedure of the right to collective mark is expected to close in the first half of 2020. “The filing of the mark in Alicante is a matter of days. Will follow the review process until apomenithei right, which lasts a few months. Within two months from the filing of the mark will be submitted and the use of Regulation” explained.

“When the storm Agreement Prespa came, we did not even umbrella to beware (…) In international arenas laws are cruel. Until now we had no weapon at our disposal, to defend the obvious. Enterprises which for 100 years producing in Macedonian earth had suddenly prove to be not elephants” noted Dr.. Konstantopoulos, noting that the collective mark launching a rebranding of the zero point, because until now we had nothing, when we took the initiative to register a collective mark”. indeed, personally thanked Prime, Kyriakos Mitsotakis, for having stood by entrepreneurs and SEVE with full and substantive interest, both as leader of the opposition, and as Prime Minister. He also thanked the Foreign Ministry and executives of, and the Deputy Minister of Interior (Macedonia-Thrace) Theodore Karaoglou, prefects and production organizations, as the Greek Association of Industries and Chambers, and he expressed the wish that entrepreneurs have to close the Enterprise Greece to all exhibitions.

When acting Konstantopoulos, selection and signal design was carefully, “taking into account all the provisions in the Prespa Agreement”, to limit as much as possible the negative effects and to create a protective umbrella for the Greek Macedonian products. In the phrase mark “MACEDONIA THE GREAT” aims to link the products of Northern Greece land, both the rich history, and the country itself, since letters “GR” in the “GREAT” accented, to refer to an international mark of Greece (GR).

Introducing the brand today, under the Thessaloniki Summit, Stratos dapper, had visual editing, noted that the “m” which dominates the signal, one straight points to ancient column, and there is a trapezoid and a triangle, from “D” the word Macedonia. In the English-language version of, the word “Macedonia” chosen to write with “C” and not “K”, as the first writing hand “returns” multiple search results in google and other related businesses more entries Greek. The colors of intuitive mark-white and blue- refer to the Greek colors. And the bankers, which is part of “m”, can be changed by product category, acquiring for example the sheet shape for an agricultural product or bottle a wine.

The Exporters Association (SEVE) will propose to companies that produce in Macedonia and exporting (and want to emphasize that their products are Macedonian and Greek) to use the mark – stamp created for this purpose, in packages, propellant material etc..

Recall that the use Regulation aims to avoid possible malpractice (Ed abuse) that mark by different businesses which do not produce Macedonian land products.

George Minos has now written his own story on the staples. in 32 won the race for the 6th year and in fact with ...
Read more
Previous article CAA: Increase 5,1% Air traffic in the ten months of 2019
Next article The 9 new improvements to the law on the protection of the First Residence – Abolished the supporting
Share
Facebook
Twitter
Pinterest
WhatsApp
Linkedin
ReddIt
Viber
VK
Tumblr
Telegram
Mix
Digg
LINE
Email
Print

Olympiacos agreement with Liverpool for Tsimika at 16,5 million. euro! As revealed by Costas Nikolakopoulos on SPORT FM, Olympiakos will reap the amount of ...
Read more
Breaking News

203 New confirmed cases of coronavirus cases, and a new death were recorded in the last 24 hours in our country, bringing the total cases to 5.623 and...
Read more
Breaking News

Heavy rains and thunderstorms hit overnight in several parts of the country on Saturday night.. The effects were very strong in ...
Read more
View more