The "Janos" bad weather is approaching and the Deputy Minister of Civil Protection, Nick Chardalias, announced emergency measures and instructions to citizens!! Possible floods, disasters!! Which areas will be affected….

The Deputy Minister of Civil Protection made an extraordinary briefing, Nick Chardalias, for the bad weather "Janos" that is expected to hit the country in the coming days.

OR bad weather «Janus»Is approaching and the General Secretariat for Civil Protection has decided offs.
The Deputy Minister of Civil Protection and Crisis Management, Nick Chardalias, announced concrete measures on Wednesday, in view of bad weather «Janus»That will affect our country from Thursday, 16 September.
OR bad weather «Janus»-The first of this Autumn- will affect our country from Thursday, due to an atmospheric disturbance in the Central Mediterranean region, which is expected to gradually increase significantly, according to the latest forecast data of the National Observatory of Athens(EAA)/Meteo.gr, as well as available forecasting models from other institutions.
Extreme weather events have become more frequent lately, noted Nikos Hardalias.
From tomorrow 17 / 9 a deep barometric low is expected to hit our country said the Deputy Minister of Civil Protection.
Mr.. Hardalias referred to the phenomenon of the Mediterranean cyclone, which is as he said, storms and looks like the tropics, but it is weaker. as told, the relatively rare phenomenon that we encounter in Greece since 1995, shows a tendency to increase due to climate change. 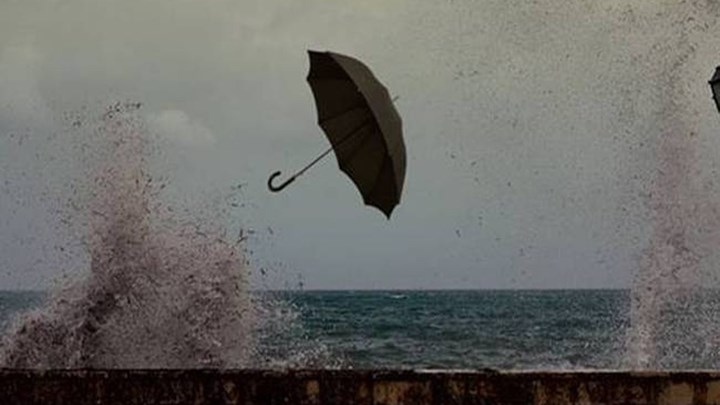 Where will the bad weather "Janos" hit

From Thursday late afternoon, said Mr.. Chardalias, the Mediterranean cyclone is expected to hit Western Greece and the Ionian Islands, such as Zakynthos, Kefalonia, Ithaca, but also Ilia.

From the Friday evening are expected to be affected and Cyclades.

On Saturday bad weather is likely to occur and in Crete.

In an emergency briefing to the citizens, Mr.. Hardalias gave three specific instructions: 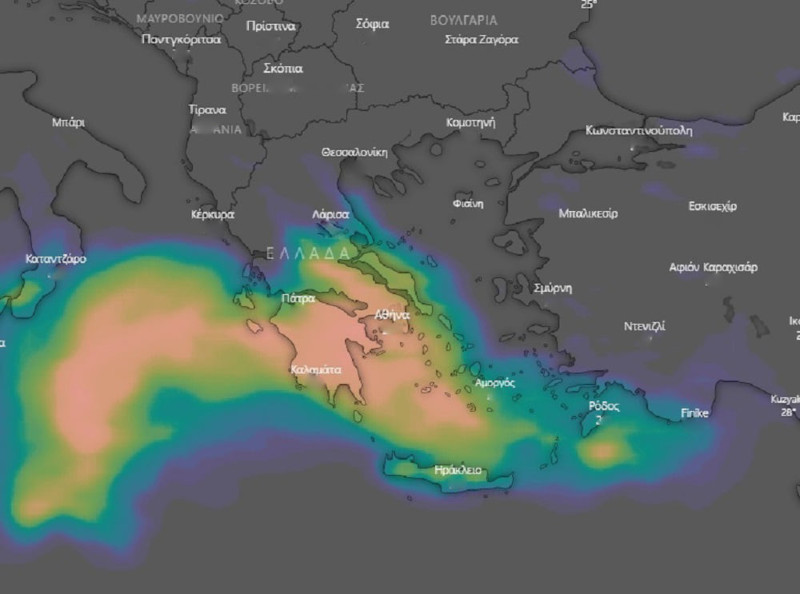 The bad weather "Janos" will hit the country

THE weather due to Mediterranean cyclone by name "Janus» (as the Athens Observatory gave it its name) will get worse, starting from the southwest and will have the main characteristics of the strong rains and thunderstorms and very strong winds.

In warning of the formation cyclone in the following days and until Sunday progressed meteorologist, Klearchos Marousakis, as it is expected according to the forecast models to hit our country Mediterranean cyclone. The main features of "Janos", as EAA-meteo christened the bad weather, will be the heavy rainfall and thunderstorms.

As reported by meteorologist in the facebook: "In order to confirm our initial estimates, despite the doubts of some, we seem to be leading with most if not all weather forecasting models presenting what our forecasting systems showed from the end of last week, when I considered it expedient to inform through the staff. my profile.

So organized low atmospheric pressure near the bay of Sirte, which has been swirling around itself for several days, unable to “come off” from the same area due to the extensive anticyclone covering Central Europe, begins to move slowly to the northeast east continuing to interact with warm seas which means that it will continue to pump energy and moisture which will increase its vortex deepening enough and abruptly increasing the chances in the next few hours to lead to Mediterranean cyclone taking on tropical characteristics. The first attached video shows the course of this bad weather system according to the satellite images of the Meteorological satellite meteosat in the infrared range. Our colored areas show the areas with the most intense instability near the center of the barometric low.

Trying to assess the evolution in terms of the orbit of the Mediterranean cyclone and as we can see in the second attached video the “eye” of the cyclone (calm area while around it prevail storm conditions) seems to be traversing an orbit to the northeast trying to stay above the warm sea to maintain its momentum, in other words to stay “lively”….So it becomes clear that tthe Ionian Sea and the west coast of our country will be affected by the intense phenomena.

In the third attached video where we observe the wind field again in a better resolution, we see that the eye of the cyclone when “catch” dry begins to dissolve. It also seems to interact with its mountain range Πίνδου making a comeback in the Ionian again taking energy again like a well-organized barometric low now. So second strong blow to the west and move south to affect the southern coast of the Peloponnese and begin to “goes off” now to the sea of ​​Kythera and to Crete.

Combining all the above with the fourth attached video where the rain heights are captured, we can say that from tomorrow noon-afternoon until Sunday noon intense and dangerous phenomena we should expect in the Ionian, the west, central and southern continents. So in the Ionian islands, in the western mainland, the beaches of Epirus or more inland, the western, southern and eastern Peloponnese but also in central mainland areas need huge ATTENTION!!!! To the east, the bad weather will be quite difficult to create problems since the strong north wind will brake the whole system.. Of course, this can change since this whole area is on the border. ".

The main features of "Janos"

The bad weather "Janos" -the first of this fall- will affect our country from tomorrow Thursday, because of a atmospheric disturbance in the Central Mediterranean region, which is expected to gradually increase significantly, according to the latest forecast data of the National Observatory of Athens(EAA)/Meteo.gr, as well as available forecasting models from other institutions.

The main features of "Janos", as EAA-meteo christened the bad weather, will be heavy rainfall, especially in the Ionian and southern parts of the country, the thunderstorms in places and the very stormy winds, especially in marine parts, where they may reach storm levels.

Scientists at the Observatory point out that due to the uncertainty of forecasts during the transition periods and due to the current location of the atmospheric disturbance, as it is located above the sea, the trajectory is not yet clear which will follow over our country.

It is also not yet clear whether "Janos" will acquire tropical characteristics and whether it will meet the conditions, to be characterized Mediterranean Cyclone (barometric low known as Medicane from the union of the words Mediterranean and hurricanes), something however that cannot be ruled out. 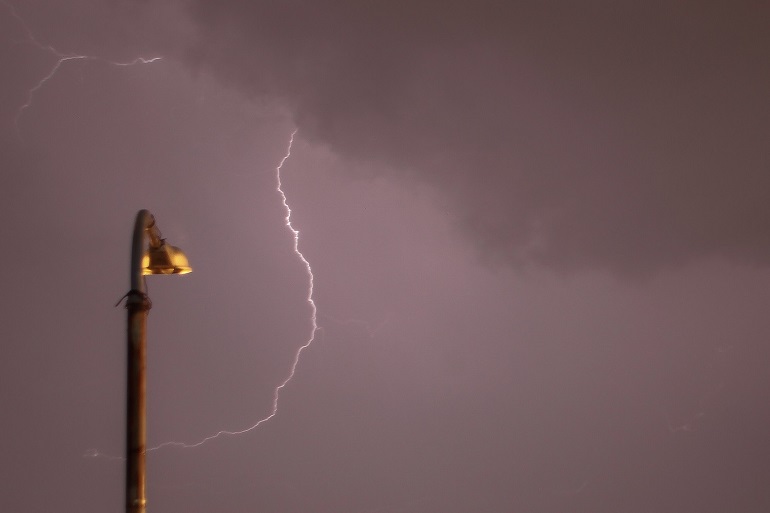 What does Giannis Kallianos say about the bad weather "Ianos"

By posting it on social networks on the occasion of bad weather «Janus», which is expected to affect our country from Thursday, 17 September, the meteorologist noted that the Attica will be hit hard by bad weather.

On the map he lists are the areas "that will be affected by the three-day bad weather (from Thursday afternoon in the Ionian Sea until Sunday in the SE Aegean) located at the gates ". According to his forecast, "the Attica will be at the center of the storms from the dawn of Friday until at intervals and the pre-noon hours of Saturday ".

Particular attention, because there is a serious possibility for local hail, warns, and emphasizes that, beyond Attica, will be affected by very strong phenomena in the Ionian, the Peloponnese, the rest of the Solid, Evia, the Cyclades and towards the end of bad weather (on Sunday) Crete and the Dodecanese.

The meteorologist draws "attention to the strong winds that will cause problems in the Ionian and the western coastal parts of the continent".

Mask Break Guidance: What is the mask break requested by the Ministry of Education for students in schools (Mykonos)

The first clarifications for the universal use of the mask indoors and outdoors in the areas 3 and 4, with a high and very high level ...
Read more
Archaeology

Tinos: In the exhibition of the Archaeological Museum of Tinos tombstone from the excavation in Xomburgo

A marble tombstone was included in the exhibition of the Archaeological Museum of Tinos, which was found during the systematic excavation at Xomburgo, Tinos, July 2019....
Read more
Breaking News

With the new data, the map of health safety and protection against the disease Covid-19 operates as of today, after its updating. From today, Friday...
Read more
View more