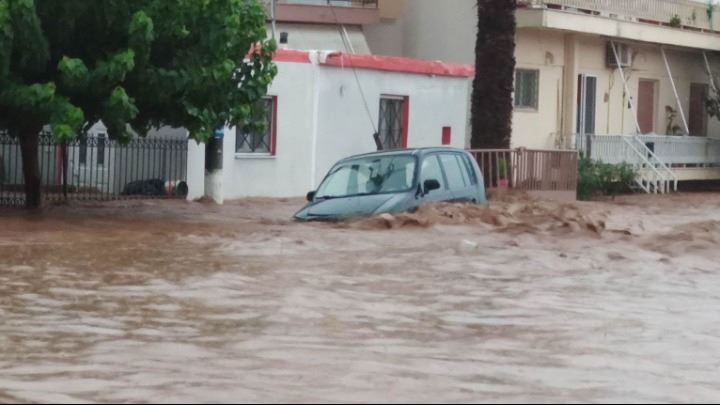 Heavy rains and thunderstorms hit overnight in several parts of the country on Saturday night.. The effects were very strong in Fthiotida, Boeotia and Evia………

It is characteristic that they were recorded at the station of Steni Evia 300 millimeters of rain in just eight hours, according to the meteorological stations of the network of the National Observatory of Athens / meteo.gr until Sunday morning, of the fifth and last day of bad weather "Thalia".

From the beginning of the phenomena, late Saturday night until Sunday morning, in Setta, Evia were recorded 183 millimeters, in Avlida 66 millimeters and in Theologos of Fthiotida 83 millimeters of rain. Due to power outages and communication network problems, EAA-meteo meteorological stations in the affected areas (eg in Psachna, Evia) were shut down. When they are restored, there will be newer data on rainfall in these areas.

The Council of State rejected as unfounded the application of the Panhellenic Association of Shops and Consumers of Catering and Entertainment, with which he asked to be canceled ...........
Read more
Previous article Disaster in Evia: Five dead and two missing from the floods
Next article Coronavirus Disease: 203 new cases of infection - 22 intubated, a new death
Share
Facebook
Twitter
Pinterest
WhatsApp
Linkedin
ReddIt
Viber
VK
Tumblr
Telegram
Mix
Digg
LINE
Email
Print