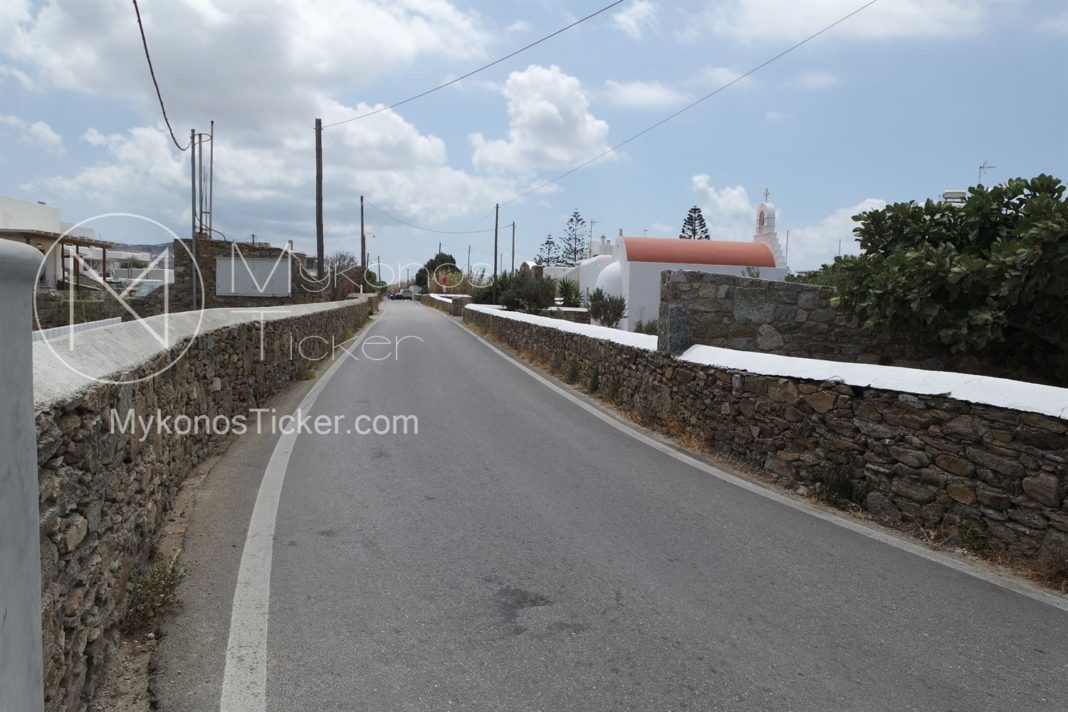 The Draft Law "Modernization of Spatial and Urban Planning Legislation" of the Ministry of Environment & Energy put up for public consultation, brings interventions that are expected to change the data in the design and characterization of Municipal Roads.

The Government is replacing the institutional framework for the design and characterization of municipal roads, Article 14 Bill of the Ministry of Environment & Energy that has been put up for public consultation from the 4th to the 28th of August………

Specifically, is replaced by No. 4 of Law 3155/1955, which is worth noting that to date defines only the following:

"Municipal and Community roads are the roads that serve all kinds of needs of a Municipality or a Community within its administrative boundaries".

According to the N / S, Municipal roads are the roads that serve all kinds of road travel needs of a Municipality or Municipal Unit, within their limits.

These needs concern, mainly, the connections between settlements, organized receptors, other significant concentrations of activities and large facilities, common areas and important landmarks.

They also concern the connections between the above-mentioned points with Municipal roads of neighboring Municipalities and Municipal Communities or with National and Provincial roads..

A) Category A Municipal Roads provide a person with the right to build on sidewalks. They are characterized by p.d.. issued on the proposal of the Minister of Environment & energy, after a special study and after the opinion of the relevant SYPOTHA. Roads that precede the year 1923 in the area outside the approved road plan, outside the demarcated settlements and outside the settlements that precede it 1923 they can, with the same p.d.. and the same process, to be classified as category A municipal roads.

B) Category B municipal roads connect Category A or provincial or national roads, with organized receptors, and function as diodes giving a person the right to organized hosts. They do not provide a right of person in the other lanes. They are characterized by p.d.. issued on the proposal of the Minister of Environment & energy, after a special study and after the opinion of the relevant SYPOTHA.

The Municipal roads of category A and B can also be determined by the procedure and the p.d.. approval of Local or Special Urban Plans, without requiring a more specific opinion of SYPOTHA.

The Municipal roads defined from now on must be at least wide:

It is possible to characterize Municipal roads, with the procedures provided for in the new Article, even before the minimum width and other geometric features mentioned above are formed, but the legal consequences for the building right that depend on the presence of a person on a field on these streets, come as soon as the minimum width and other necessary geometric characteristics are formed and a relevant certificate is issued by the relevant Decentralized Administration Coordinator or the Minister of Environment & energy.

In the Single Digital Map of Part C ' Law 4635/2019 and, particularly, to the geospatial data included in the Unified Digital Map according to par.3 of no.6 of the said law, the marked national roads are also included, provincial and municipal network.

By Decision of the Minister of Environment & The specifications and any other issues related to the design and characterization of municipal roads of the new article are defined..

Probably over the weekend or Monday at the latest, 14 September, ENFIA statements are expected to be posted on Taxisnet. The total amount that ...
Read more
Previous article Coronavirus Pandemic – Gogos: We are in a powerful outbreak of the pandemic
Next article EEZ agreement – Mitsotakis: The agreement for the Greek EEZ is a national success – Of Egypt
Share
Facebook
Twitter
Pinterest
WhatsApp
Linkedin
ReddIt
Viber
VK
Tumblr
Telegram
Mix
Digg
LINE
Email
Print