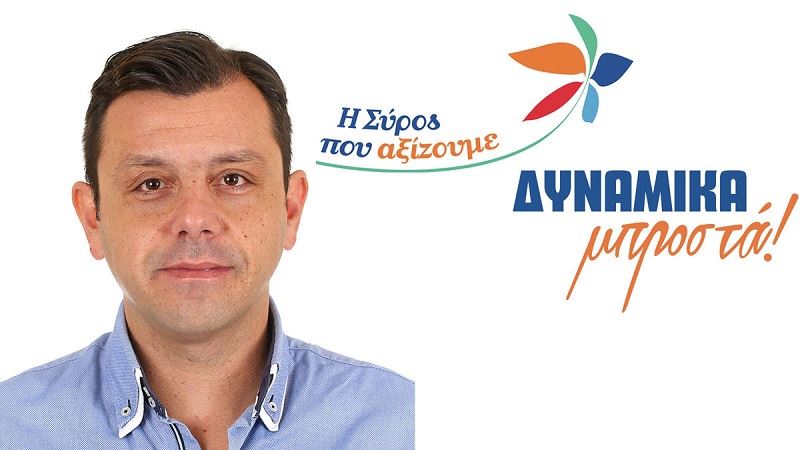 Municipality of Syros-Marios Voutsinos: The Ludovician conception of the Municipal Authority in the modern Local Government

"Chaos after me". Ludovic's logics in the modern era of local government
One year has passed since the assumption of the duties of the present municipal authority on our island. Personally, I avoided any public position in the form of an individual announcement on any issue of the Municipality……….

Nevertheless, no matter how silent you choose to be- respecting the grace period that should be given to the municipal authorities when they begin their term- are moments when events force you to at least defend your dignity.

With regret and reflection I find that all this time, the current Deputy Mayor for Cleaning and Environment, Petros Motos, at regular intervals unprovokedly succeeds against me, mainly through publications, using outdated arguments and adopting nihilistic tactics regarding the presence and work of his predecessor, in an unsuccessful attempt to convince citizens that he received burnt land from the previous administration.

They are, not, It is questionable how an elected official with such a range of experience, despite the fact that twelve months have passed since his return to office, is completely unable to put in order the supposedly wrong texts he has received and has not been able to change anything for the better within his remit, blaming his predecessors for every problem he faces.

He constantly invokes understaffing for any difficulty he faces, falsely claims that the staff was reduced by 22 individuals in relation to the previous term, while in fact the permanent employees remained at the same levels and only the contractors left, who are hired every year to meet seasonal needs and for a certain period of time. These excuses can not cover the current administrative inadequacy of.

And in all this he considers it self-evident and imperative to always be in the safe, while anyone who dares to criticize in any way for himself or his work, this is perceived as sacrilege and disrespect.

Personally, I fully respect the previous generations of local government, because they offered a lot and fought for the development of our island. Grieve, Nevertheless, when some members of this older generation, completely devalue the newer or the former, consider themselves a panacea for the place, despite the fact that they are unable to adapt to the current data governing the operation of local government and are unable to understand and adopt modern methods of governing. Nevertheless, appear in the media with the profile of the supposed local folk hero, of the supposedly infallible and irreplaceable, of the man whose bigotry makes him believe in logics like "chaos after me", as Louis XI used to say in the distant past.

In local government we are all expendable and passable, as in everything else we do in our lives. Not everyone may realize that the Municipality does not belong to any mayor, municipal services do not belong to any deputy mayor or other elected official. The Municipality and its structures, belong exclusively to the citizens. We as elected, we need to understand when our supply cycle opens and when it closes, to weigh correctly and objectively the level of our productive potentials, so that we retire at the right time with our heads held high, without proposing how to stay in power and how to extend our political survival.