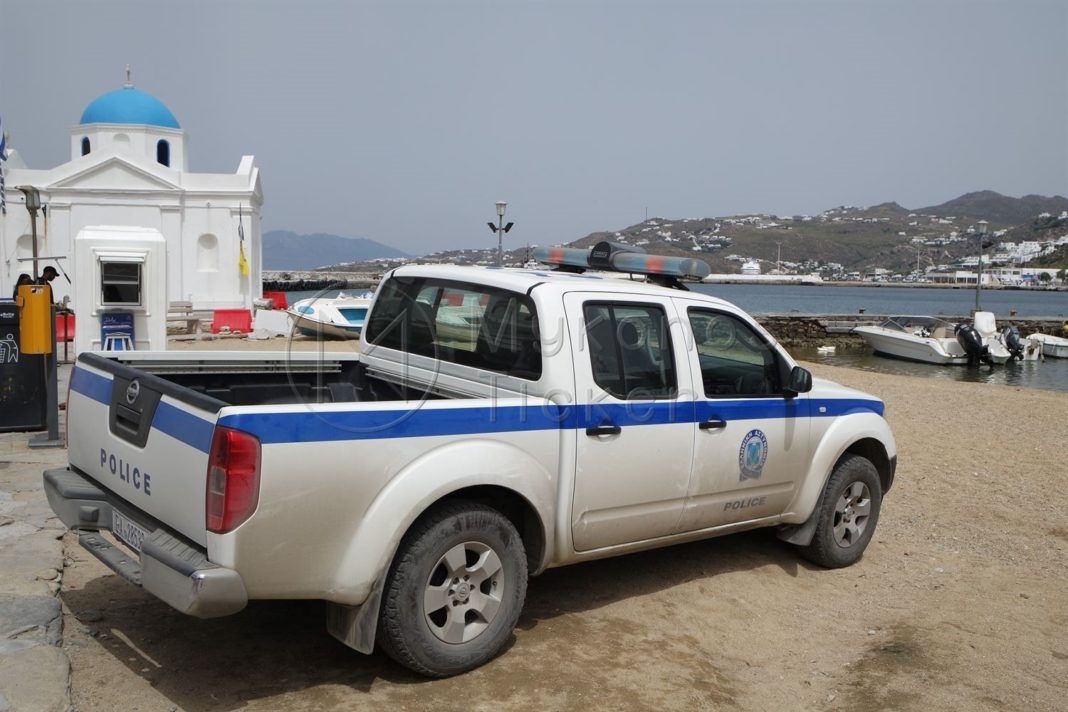 Mykonos: 3 arrests for cocaine and hashish, a famous enterprise of Argyrainas

An agenda which contains the names of several 'celebrities' criminal organization that trafficked customers hashish and cocaine in prestigious club of the island, the cause of losing their sleep several Mykonos…. The "BAM in Reportage" reveals the documents concerning the seizure of one kilogram of hashish and cocaine in a warehouse well-known enterprise which operates in the area Argyraina.

The specific site was used as accommodation for a 26 year old employee of the company, Albanian, who claimed to be the mastermind of the circuit and two Greeks aged 33 and 25 years respectively.

All three were arrested after the business of the police and the port authorities of the island accompanied by trained dogs «Ugli» who managed to identify drugs which were placed in a special safe.

From the reports that apart from the well-known clients, the case is even more broth as though the 26 year old Albanian considered Intrinsic- as the circuit brain however he revealed on Friday apologizing (released on bail) that behind this are known entrepreneurs of the island! Let's take the things from the beginning.

At 9.20 the morning of August 12, police swoop in well known venture Argyrairas. Directly invade the warehouse property-Albanian and two Greeks. At that time the alleged "mastermind" absent. With the assistance dog identify the gray deposit which reportedly belongs to the 26 year old employee of the company. The open and seize:

d) A brand electronic precision scales «SALTER» with a weighing capacity of 0,1 gram to 2 pounds and

e) a notebook with handwritten notes which recorded the names of all customers.

After some time and found the Albanian. The island state of turmoil. The three arrested are driven in Syros where they brought felony prosecutions and plimmelimatikou character.

In their apologies both Greeks pointed out that they were not drug-related, essentially nailing the 26 year old Albanian. As told "on the back of business is no place which is offered free to the work employees to stay.

Initially we stayed in the office and sometimes in cars company. Over the past ten to fifteen days at most they gave this warehouse where already lived E.. with whom we met here and our relationship is strictly professional and not friendly. We have no relationship with that found in space, and also we have nothing to do with matter or things like that ".

On his part, during the apology of the 26 year old said Albanian junkie (user cocaine and cannabis), while reportedly, he gave other, larger, names that allegedly supplied him with drugs. Basically the intention to "cooperate" with authorities and was the passport to be released Friday afternoon on bail.

The same happened with the two co-defendants of. Speaking in "M" the defense attorney of 26 year old, Thanasis tarts, He was satisfied by the prosecutor's decision and investigator. "The principal investigator and the lady prosecutor acknowledged the repentance of my client and gave him a second chance at life. So you need to work justice. We will live up to this opportunity ", he said.

They put a deposit from another case before the Court

To a tragic error which broadly discloses the sloppy with which the files compiled committed policemen of AT Mykonou. using, obviously, the copy-paste method (copy paste) They mistook filing police-led research on drugs, with other testimony it had given known businessman of Syros which denounced the attempted seduction of her uncle!

This "blunder" was left unremarked by judges and prosecutors of Syros who literally could not believe their eyes for sloppiness and irresponsibility of the investigating officers of the island!
PETER Kousoulis- ereportaz.gr

Coronavirus: View on Interactive Map for Greece and the World progression of cases

Coronavirus: Evacuated and "Salvation" to only treat a patients

Patients discharged from the Sotiria hospital next week to treat a suffering only by coronavirus .... After NIMTS officially designated as hospital ...
Read more

Coronavirus : The European Commission provides guidance on the rights of EU passengers

Coronavirus : The European Commission provides guidance on the rights of EU passengers

Coronavirus: What to do before you enter the car to be safe